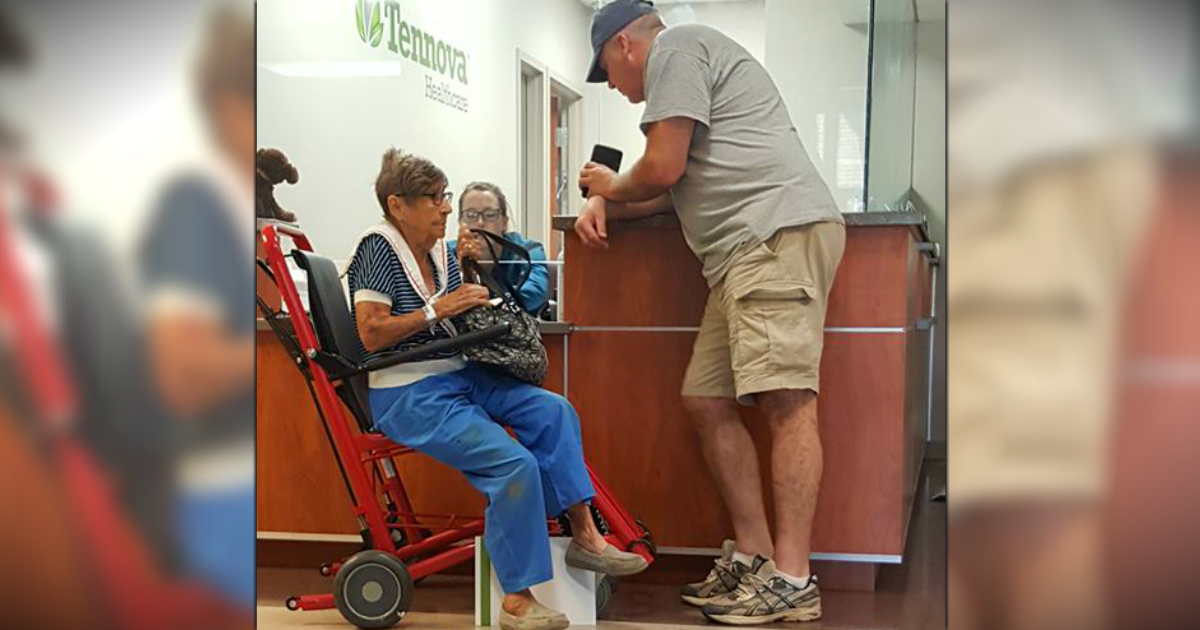 Elderly Lady Stuck At ER With No Way Home, Then Military Man Steps In
Read Article »

Jean and George Spears met and fell in love in a London dance hall during World War II. Their sweet love story stretched for decade after decade. Then, just one month after their 75th wedding anniversary, the WWII lovebirds died hours apart. And still reeling from the sudden loss of both parents, their children say the couple’s deaths defy "any sort of logic." 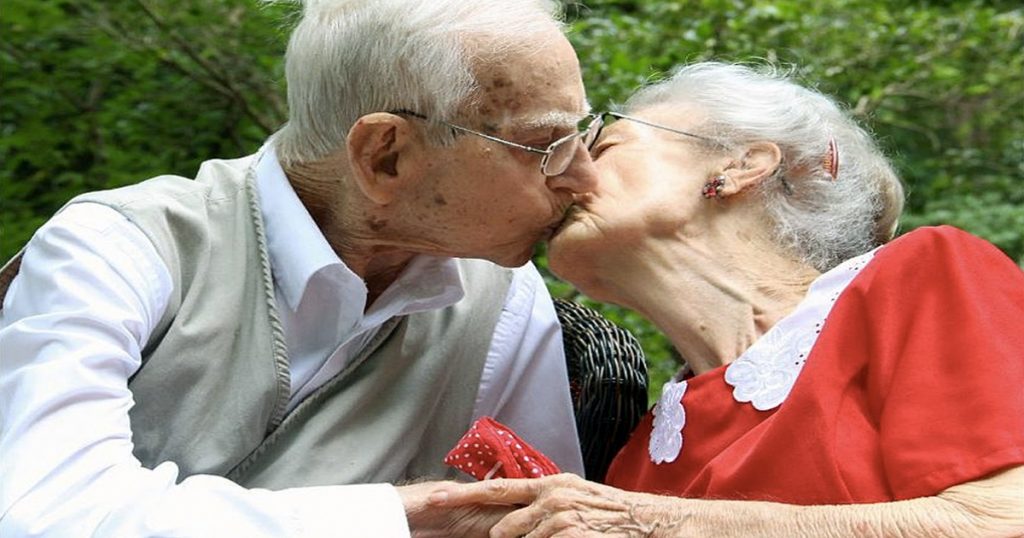 A War Bride And Her Officer

The year was 1941. Jean lived and worked in London, and headed with friends to a dancehall. It’s there she met George, a sergeant major with the 1st Corps Field Survey Co. of the Royal Canadian Engineers, who would later go on to become an intelligence officer.

George spotted Jean in her red dress, and was instantly smitten.

Jean wasn’t that impressed with George’s footwear, but decided to give him a chance on the dance floor.

“She looked down at my army boots and said, ‘I don’t know whether we can or not with those clodhoppers you’re wearing,” George said during the couple’s 72nd wedding anniversary. “That was our introduction. I said, ‘Let’s give it a try.’ And we did. And that was it.”

RELATED: D-Day Veteran Will Marry His Former Fiancee 70 Years After They Split

But the two quickly fell in love as they danced the night away.

“He had his army boots on but he could dance. And his rhythm was perfect. So we didn’t dance with anyone else the whole evening.” Jean recalled. 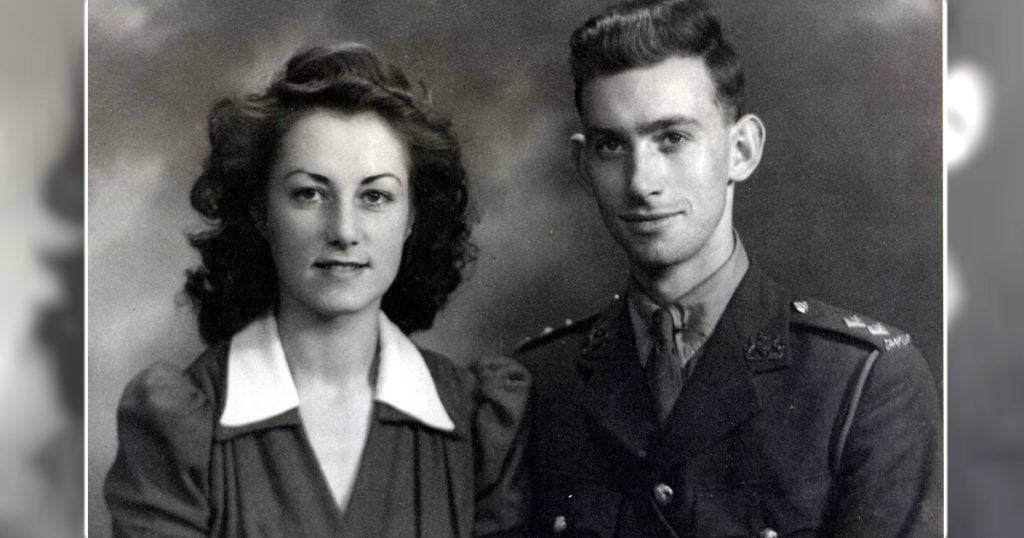 One year later, in 1942, the couple wed. With the war raging on, there wasn’t time for a big to do. Jean wore a dress borrowed from the butcher's daughter.

"When you met a boy, you made the most of every moment because you just didn't know when or if you'd meet again. There was a stimulation about it, a wonderful, wonderful excitement that is hard to describe and hard to understand if you weren't there. The worry sharpened your senses," Jean said.

In 1944, the couple headed back to George’s home in Canada. There, they enjoyed many decades as loving husband and wife.

A month after celebrating their 75th anniversary, 94-year-old Jean came down with pneumonia and was admitted to the hospital on a Tuesday. She and 97-year-old George chatted on the phone on Wednesday. And then on Thursday, George fell into a deep sleep and wound up in the hospital as well. 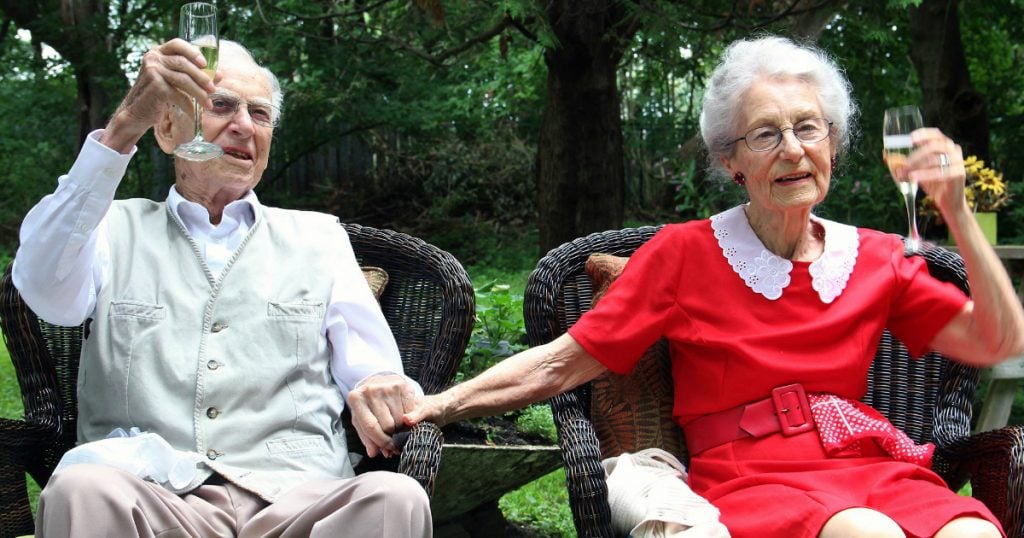 Hospital staff tried getting the couple reunited on the same floor. But before they could, the WWII lovebirds died hours apart. Jean fell into a peaceful sleep and passed away at 4:30 a.m. the next day. Just a few hours later, at 9:45 a.m., George followed his sweet bride’s lead.

"But this defies any sort of logic. We were overwhelmed by the suddenness of it," says their daughter, Heather Spear.

The grieving children find comfort in telling stories about Jean and George, and their incredible love story. They say the two always complemented each other so well. Jean was the more outgoing, and loved parties and chatting.

"We laugh a little about it because she was the stronger of the two about what she wanted to do or not do," says Heather. "She was a force to be reckoned with."

George was quieter and loved the outdoors.

Having relocated from London to Canada to be with her husband, Jean continued to support folks back home during the war, organizing a drive to send food and care packages to families in London’s East End. She also helped form a club for war brides, with her efforts gaining recognition and honor by the Queen of England in 2006!

Five years later, the couple attended a private reception with Prince William and Kate, Duchess of Cambridge, held in Ottawa. At the event, George proudly showed Kate a 1942 photograph of Jean he’d kept inside his soldier’s beret.

"Kate asked if I had always kept the photo and I replied, ‘All through the war and ever since,'" George explained.

The incredible love shared by Jean and George is the fondest memory, by far. Jean herself described the blessing of such an amazing marriage.

"I realized when we met that we were on to a good thing,” she explained. “When we got married, we thought we were in heaven. Throughout our lives, the ups and downs, we know that together we are a good thing. We recognize it and have never failed to acknowledge it."

We can just picture these two lovebirds dancing in Heaven!

“He who finds a wife finds what is good and receives favor from the Lord.” Proverbs 18:22

YOU MAY ALSO LIKE: Elderly Couple Married 62 Years Pass Away Together While Holding Hands 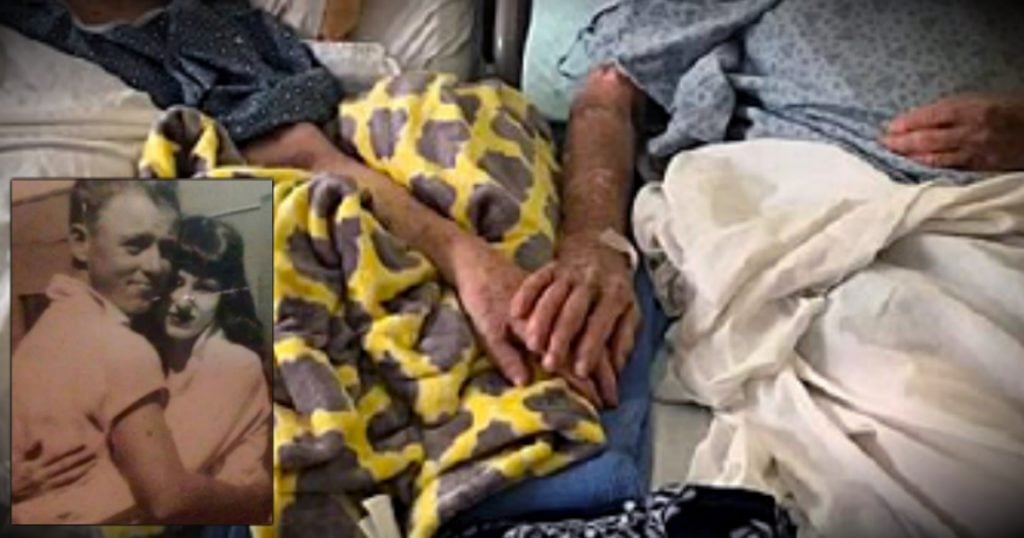