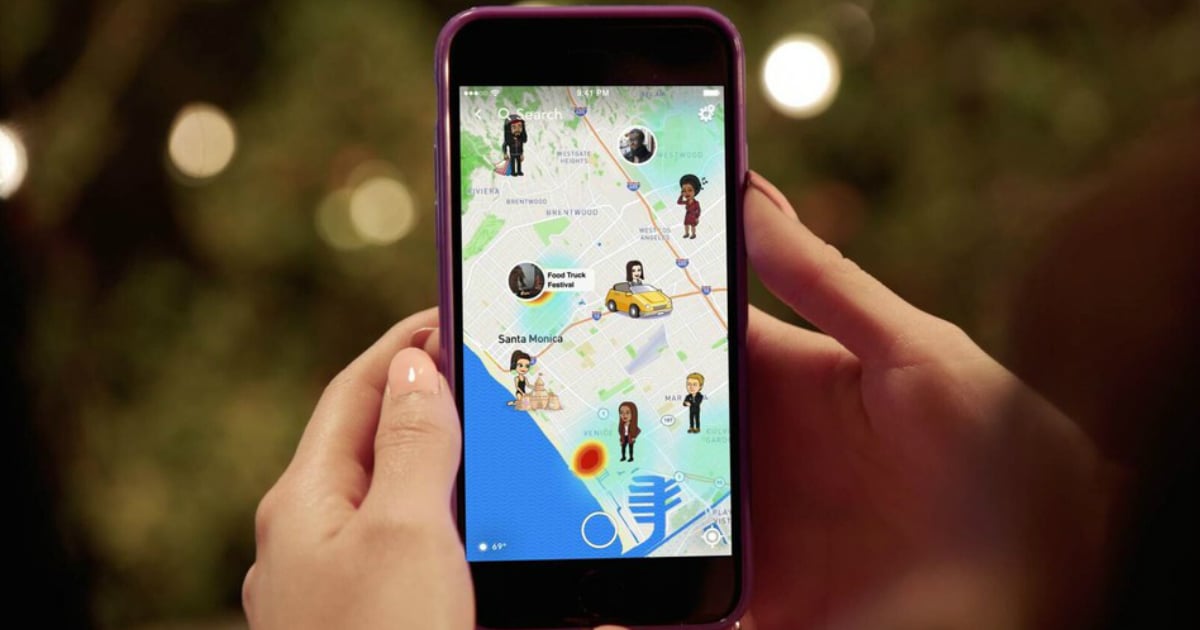 Look Out Parents, ‘Snap Maps’ Feature Shows Where Your Kids Are
Read Article »

Davis Allen Cripe and Lanna Hamann never knew each other. David was from South Carolina, while Lanna was from Arizona. Despite their young age, both 16-year-olds died from sudden heart problems. And doctors believe the cause is the same — too much caffeine from energy drinks.

Too Many Energy Drinks Could Lead To Death

Lanna Hamann was a healthy, active 16-year-old. So it came as a complete shock to all who knew her when she died suddenly of a heart attack.

Lanna was at a beach in Mexico with friends when she started having trouble breathing and then collapsed. They rushed her to a clinic, but nothing could be done to save her.

As Lanna’s mom got to thinking about her daughter’s death, something didn’t make sense. Lanna was dehydrated when she died. Yet, she’d been drinking energy drinks all day. She’d even finished a Red Bull shortly before collapsing.

“She just loved her Red Bull,” said a friend.

And that’s exactly the problem. Doctors suspect the energy drinks are behind Lanna’s unexpected heart attack.

“There is medical evidence that these things do harm, they can cause changes in the heart rhythm, and impact blood pressure,” said cardiologist Jack Wolfson.

It’s the high caffeine content that makes these drinks so dangerous. The Food and Drug Administration says caffeine in doses up to 400 mg (about five cups of coffee) is generally safe. But one energy drink usually contains the same amount of caffeine as four cups of coffee.

WATCH: Doctors Weigh In On The Dangers Of Energy Drinks

In Dr. Wolfson’s opinion, the dangerous drinks should be regulated like alcohol, keeping them out of the hands of teenagers.

I’m sure grieving father Sean Cripe would be inclined to agree. He, too, lost his 16-year-old son, Davis Cripe, to heart problems, with the suspected cause being too much caffeine.

Unlike Lanna, Davis was not drinking energy drinks exclusively. In fact, he only drank one. The trouble is, in a relatively short period of time, Davis consumed an energy drink with several other highly caffeinated beverages.

Just like Lanna, Davis was a healthy 16-year-old with no previous heart problems. Yet, he suddenly collapsed and soon passed away.

“On this particular day within the two hours prior to his death, we know had consumed a large diet Mountain Dew, a cafe latte from McDonald’s and also some type of energy drink,” said coroner Gary Watts. “It was so much caffeine at the time of his death that it caused his arrhythmia.”

RELATED: Pink Teddy Bears That Look Like ‘Candy' Are Putting Your Kids At Risk

And while the coroner is not a medical doctor, he agrees that drinks with high caffeine content, such as energy drinks, aren’t good for anyone.

“These drinks can be very dangerous,” he said. “I’m telling my friends and family don’t drink them.”

WATCH: Too Much Caffeine Kills 16-Year-Old

And certainly, an increasing number of studies are reporting the extreme acidity and high caffeine content of these beverages can cause rapid heartbeat, high blood pressure, dehydration, vomiting, cardiac arrhythmias, seizures, headaches, insomnia, and even death.

It’s certainly something David’s dad wishes he’d known about sooner. And that’s why he’s sharing his son’s story, pleading with other parents to talk to their kids about energy drinks.

“I stand before you as a brokenhearted father, and hope that something good can come from this,” he said.

Please be sure to share this story to warn others of the dangers of too much caffeine!