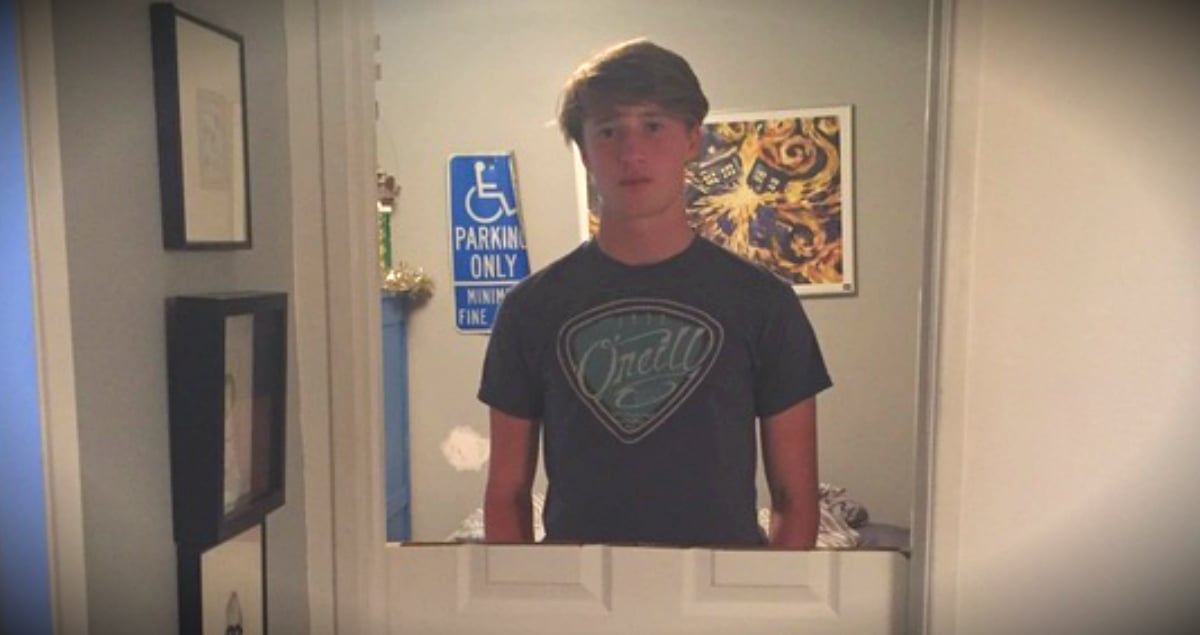 No matter how good of a kid or parenting skills you have, there comes a time when every parent must face off with a sassy teenager. Nicole Poppic’s day came when her 14-year-old daughter, Cara, was running late for school. And when the teenager decided to talk back, it was the final straw. And the tardy note Nicole wrote for her daughter has everyone talking! 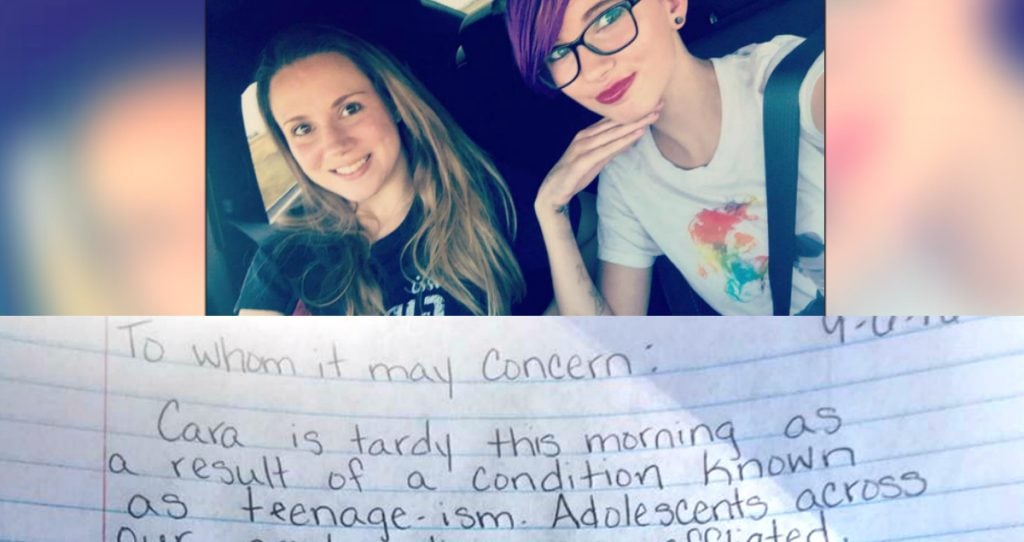 It was already a hectic morning as Nicole worked to get her younger kids — daughter Sammi (4) and son Alex (10) — ready for school. Meanwhile, her oldest, Cara (14), just added to the chaos by oversleeping. And when she finally got up, her attitude was rotten.

The crew piled into the car, and Nicole realized they were all late. So, mom mode kicked in and she began to lecture Cara on how her actions had hurt everyone in the vehicle.

That’s about the time the teenage hormones hit their climax. Cara, who Nicole says is ordinarily a good kid, used her cell phone to start playing music. She then slipped on her headphones. . . while her mom was still talking!

And that was the finally straw.

RELATED: Dad has a creative punishment when his son keeps slamming the door

Nicole grabbed Cara’s phone, pulled out the headphones and chucked the phone out the car window! She then made sure to drop Cara’s brother and sister off first, before finally taking the teen to school.

Since she was late, the school would be expecting a tardy note. And while Cara was surely hoping her mom would come up with some kind of excuse, Nicole refused to cover up for her daughter. Instead, she sent Cara in with a brutally honest tardy note explaining in no uncertain terms the real reason for Cara’s late arrival.

“To Whom It May Concern:

Cara is tardy this morning as a result of a condition known as teenage-ism. Adolescents across our great nation are afflicted, and there is no known cure. Symptoms are multitudinous, but this particular morning, she suffered from an inability to remove herself from her bed, and also felt the need to talk back to her birth-giver.

She seems to be recovering her senses after watching her cell phone fly out the car window. Please call me if there is another flare-up.”

The attendance clerk got a kick out of Nicole’s tardy note. So, the mom decided to share it on Facebook. Her intention was just to make her fellow mommy friends smile. But to her surprise, the handwritten tardy note became a viral sensation!

Nicole has gotten some criticism, but the majority of folks have gotten a kick out of her hilarious version of tough love. And Nicole has been adamant that Cara is by no means a bad kid.

“Parenting a teen is both challenging and rewarding,” she said. “Watching Cara grow and change brings great joy to my life, but with that growth, there have been growing pains.”

By the time Nicole’s post went viral, she and Cara had already reconciled. Both were able to find the humor in the situation. And Nicole’s letter succeeded in highlighting for Cara just how disrespectful her behavior had been.

“I was a little embarrassed of the note at first, since it said how she threw my phone out the window and it also listed my poor actions,” Cara admitted. “I guess I was ashamed of acting that way, because my teachers usually know me as the quiet, respectful student in the class, and I didn't want them to think otherwise. So I was a little embarrassed at first, but after it was all said and done, I laughed about it.”

You’ll also be glad to know that Cara’s cell phone survived its impromptu trip out the window! It landed, unharmed, in a neighbor’s yard, where Nicole went back and retrieved it.

“For the moment all discipline seems painful rather than pleasant, but later it yields the peaceful fruit of righteousness to those who have been trained by it.” Hebrews 12:11

Here are 5 ways you may be ruining your child’s life without even realizing it! 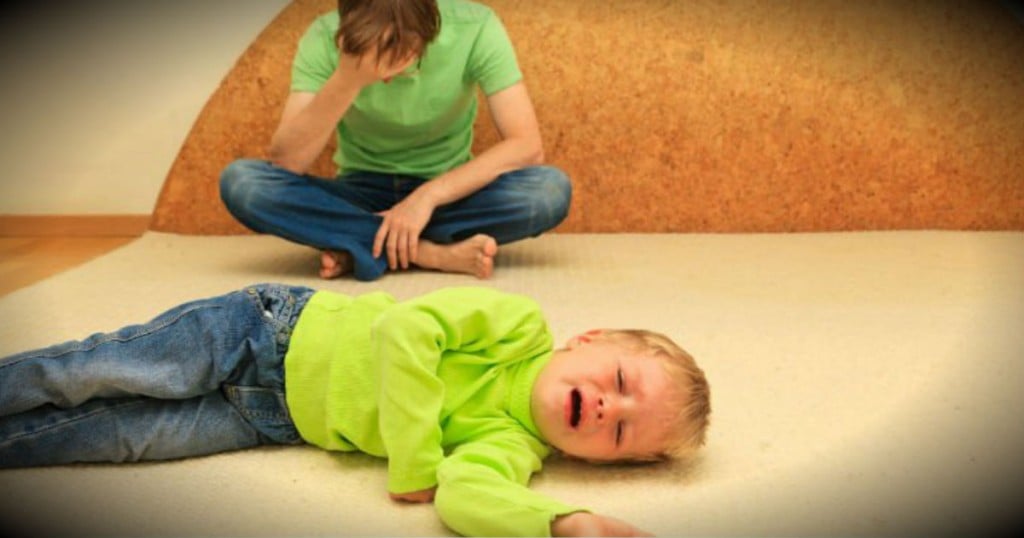