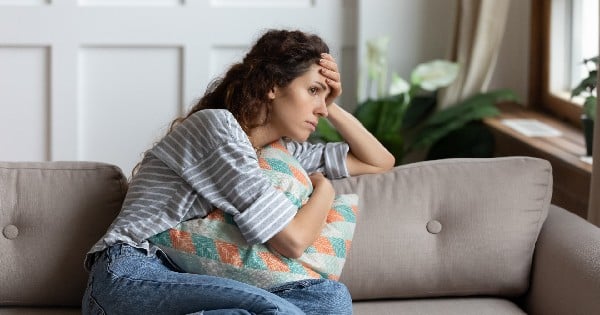 They Made Fun Of Her And Called Her Names. And All Because She Was A VIRGIN!
Read Article »

What Happened To This Star Shocked And Terrified Him!

Denzel Washington grew up in the church. But something happened to him one day at church that he couldn’t explain. And it scared him so much that he didn’t know what to think!

Today, Denzel is a strong Christian man, but admits there were times, especially in his teen years, that he too did struggle. Like most teens, he rebelled (a little bit) being the son of a preacher and resented being in church as often as he was.

"I read from the Bible every day, and I read my Daily Word," Denzel said, adding that it was not difficult for him to grow up as the son of a preacher.

"He [his dad] wasn't a taskmaster, but there were certain things you couldn't do," Denzel added. "He had his own church, and it was a long Sunday, because you had to be there all day."

"Everyone I grew up with didn't have a father," he continued. "I had a father. My father was a decent man. He was a very spiritual man and a gentleman."

So you see, Denzel grew up in the church, and he had faith. But what happened one day while he was worshipping left him shocked and wondering what he should do! He had a “personal encounter” with God that occurred in the same church Denzel attends today.

"The minister was preaching, ‘Just let it go,'" Denzel recalled. He said to himself, “‘I'm going to go with it.' And I had this tremendous physical and spiritual experience."

"It frightened me," he stated. "I was slobbering, crying, sweating. My cheeks blew up. I was purging. It was too intense."

This powerful experience caused Denzel to question his beliefs. So, he called his mother.

"It almost drove me away. I called my mother, and she said I was being filled with the Holy Spirit. "I was like, ‘Does that mean I can never have wine again?'"

Ever since, Denzel is a proud Christian man and has even considered becoming a preacher.

"A part of me still says, ‘Maybe, Denzel, you're supposed to preach. Maybe you're still compromising,'" he said.

Denzel does this one thing each day to make sure he prays, and I’m trying it myself! This is fabulous, and simple. He says:

"Put your slippers way under your bed so when you get up in the morning, you have to get on your knees to find them. And while you're down there, start your day with prayer. Ask for wisdom. Ask for understanding," he said. "Don't aspire to make a living, aspire to make a difference."

This 2-time Oscar winner is the son of a preacher and isn’t afraid to speak up for what he believes…even if no one in Hollywood agrees.

Thank you, God, for giving Denzel the life changing experience that he had AND for giving him the courage to share it with others. His life shines in Hollywood – even if he shines alone. Thank you, Denzel, and my God bless you and your family!