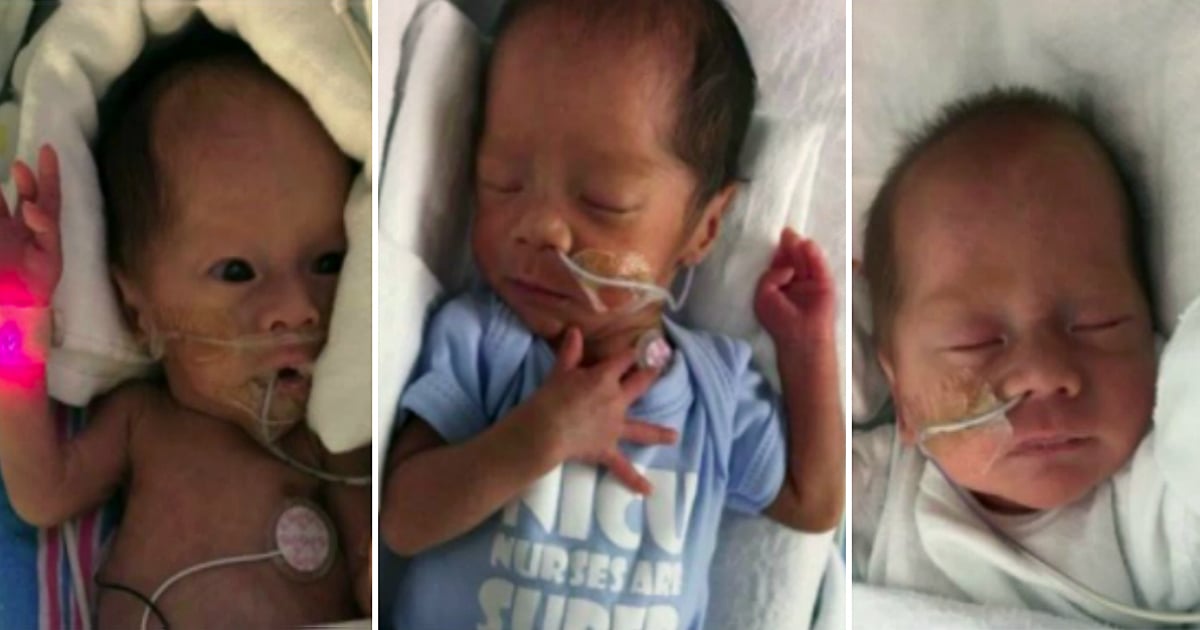 Bethel Music Worship leader and CEO Joel Taylor and his wife have been asking anyone and everyone to pray for their family, as both of their kids battle E. coli.

The ordeal began when Joel and Janie Taylor’s 2-year-old son, Jaxon, came down with a terrible case of diarrhea. Fearing something serious, the couple took their sick boy to the hospital, where doctors found him severely dehydrated.

All attempts to administer an IV of fluids failed and Jaxon just kept getting worse. Soon, his kidneys began shutting down.

Seeing their baby boy suffer must have been heart-wrenching. The faithful couple turned to God, and their church family, asking for prayers.

Jaxon received a blood transfusion on Christmas Day, offering a glimmer of hope. For the first time, Jaxon seemed to be improving. He was eating again and his complexion brightened.

But his progress was short lived.

Jaxon’s body turned on him, rejecting the food he ate. His condition plummeted quickly and only continued to worsen. Doctors moved him to the Intensive Care Unit (ICU) and diagnosed him with HUS (hemolytic-uremic syndrome) — a severe and life-threatening complication from E. coli.

"We've seen his lungs fill up with water, respiratory issues. We went through a season where brain damage was a high potential. Seizures were happening. His eyes were rolling in the back of his head for a couple of days. We completely lost all communication with him where he wasn't responding for days," Joel said.

All the while, Joel and Janie waited on God for a miracle. They rejoiced in any sign of progress and created very targeted prayer lists of exactly what they needed God to do for Jaxon’s healing. Friends and family continued to visit and prayer vigils took place on Jaxon’s behalf.

Then, the couple received shocking news — their 4-year-old daughter, Addie, was sick, too. They sent out urgent requests for more prayer, as both of their kids battle E. coli.

We just found out that Addie, our four-year old baby-girl, has the same strand of ecoli as Jaxon and needs to be admitted to the hospital immediately. Please pray that this doesn't turn into HUS, which is what Jaxon is fighting for his life. God be our strength.

Addie was admitted to the same hospital as her brother, as doctors immediately went to work. Terrified, Joel and Janie cried out for God to save both of their babies.

The journey has been a rollercoaster of ups and downs, with just one thing after another hitting. But Joel and Janie have trust in the power of prayer as their kids battle E. coli. Knowing thousands of prayer warriors have been lifting their needs up to our Heavenly Father has been a constant comfort to the family.

“When we were depleted and out of tears, we'd read your prayers and we'd read them over our baby's. And man, your prayers have so much power!” Joel wrote on Instagram.

And now, things are finally looking up!

These two bed buddies 😍. When we were depleted and out of tears, we'd read your prayers and we'd read them over our baby's. And man, your prayers have so much power! Addie's feeling MUCH better and slept through the whole night with a dry diaper. She still has a stomach bug but God's turning that around. Today Jax ate a lot (and held it down), he painted, he played with Play-Doh, he blew bubbles, and watched Blippi (his favorite show) and laughed the whole time. Now his kidneys need to keep healing..and he needs to pee, in Jesus name Pee! Please keep praying until he's sent home.

Both Addie and Jaxon have shown marked improvement. Addie’s bug seems to be clearing up, and she hasn’t shown any signs of developing the same severe complications (HUS) as her brother.

And as for Jaxon, God has started answering each of the family’s very specific prayers. He showed signs of improvement, but doctors said the boy’s kidneys desperately needed to heal. And so, Joel encouraged everyone to pray for Jaxon to pee.

“Now his kidneys need to keep healing..and he needs to pee, in Jesus name Pee!” he wrote on Instagram.

The family rejoiced as Jaxon not only ate (and kept down) all of his meals, they sang praises to our Lord as their little boy peed three times in 24 hours!

“Miracles don't always look exactly like you want them to,” Joel said. “God's timing often doesn't make sense until you look back to see that mountains were climbed and canyons were crossed on no strength of your own. And in that place, when God becomes your only option, you learn that it's a gift that will mark you forever.”

Trusting God With The Road To Recovery

While neither child is completely out of the woods quite yet, the odds have shifted considerably in their favor.

We're officially on the road to recovery 🙌. Addie's E.Coli symptoms are very minimal and Jaxon is progressing every day. His kidneys still need to function properly, and although he had to have dialysis today, he's starting to look and act like our little buddy again. Doctor said at this rate, we might be able to go home in a week or two, which is amazing considering the severity of his HUS disease. Thank you for all of your prayers and support..you carried us on your prayers ❤️🙏.

And the family is trusting God to be faithful in completing their recovery while the kids battle E. coli.

“We’re trusting God and we’re praying,” Joel said. “We’re feeling prayers from all around the world. There’s really nothing like it. Hundreds of thousands of people have been praying for us and we don’t know how because we don’t even have that many friends. God’s using this as a miracle testimony to the whole world, we feel. So we’re just staying strong in our faith. We’ve never lost our trust in God.”

Please join in praying for the two sweeties — Addie and Jaxon. Nothing is too big for our God!

“The righteous cry, and the Lord hears, and delivers them out of all their troubles. The Lord is near to them that are of a broken heart; and saves such as be of a contrite spirit. Many are the afflictions of the righteous: but the Lord delivers him out of them all.” Psalm 34:17-19

YOU MAY ALSO LIKE: Pastor Miraculously Cured While Praying For Healing