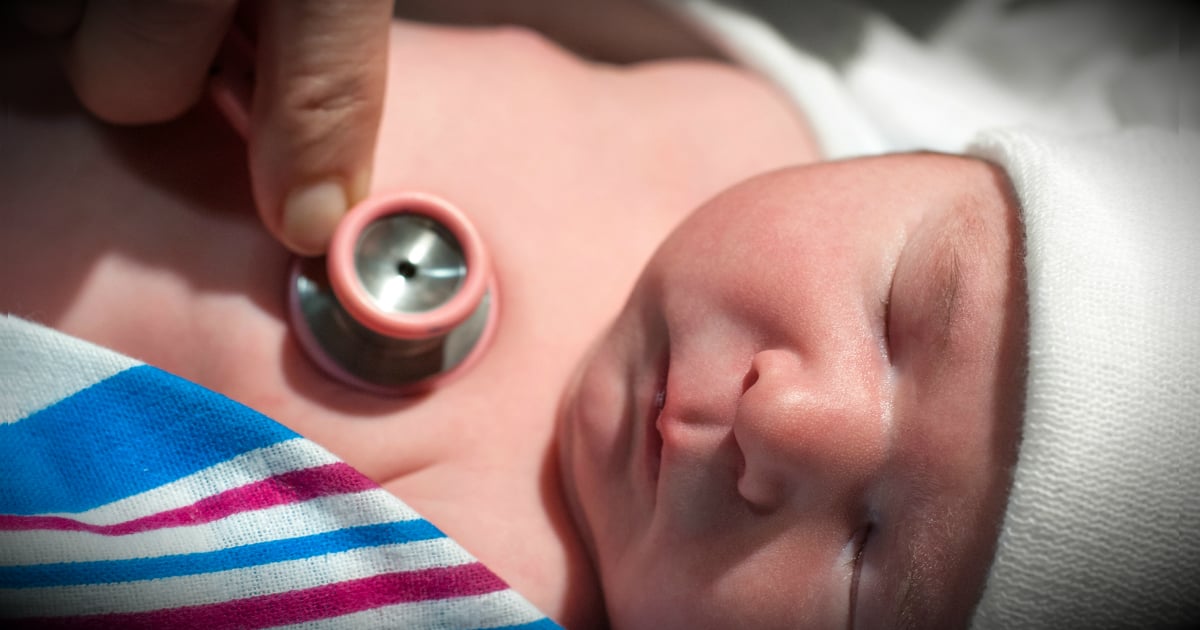 Baby’s Heart Stopped For 40 Minutes, And Then He Got A Miracle
Read Article »

When illness robbed Pastor Duane Miller of his voice — seemingly forever — he spent years struggling with the loss. In fact, he nearly lost his faith over it. But then, while delivering a sermon on healing, God restored the pastor’s lost voice. Nearly 200 people witnessed the miracle. But an audio recording captured the divine healing as well, so you can hear it for yourself!

As Senior Pastor at First Baptist Church in Brenham, Texas, Pastor Duane Miller used his voice to glorify the Lord. So, it came as a complete shock when something as simple as the flu stole that voice away.

Somehow, while sick with the flu, the virus made its way into Duane’s vocal cords, damaging the nerve tissue beyond repair. Suddenly his powerful voice was gone. When Duane spoke, it took a ton of effort just to sound like he had a terrible case of laryngitis.

He spent several years going to over 63 specialists, with more than 200 doctors trying to figure out how to get his voice back. Each one came up empty. By all accounts, it looked like Duane’s voice was gone forever.

The loss devastated him.

“Everything I had ever done to earn a living had been connected to my ability to speak and suddenly my ‘tool kit’ was gone,” he explained.

Duane and his family moved back to Houston, and they relied on Duane’s wife as the primary breadwinner. A friend hired Duane to help him with private investigation work, but the pastor longed for his days of ministry. Since those days seemed gone forever, Duane sunk into a deep depression.

RELATED: A prayer for those who are waiting on healing

Outwardly, Duane kept up the act that everything was ok. But on the inside, his faith was failing.

The Millers were now members at Houston's First Baptist Church. They attended one of the church’s Sunday school classes, and when the teacher of the class unexpectedly had to step down, the church turned to Duane for help.

The leaders of the Sunday school program knew how much Duane loved to teach. So, they begged him to fill in until they found a permanent replacement for the class. Duane tried to decline. But one of the leaders refused to let him off the hook.

“She told them that she was as certain that God wanted me to teach that class as she could possibly be,” Duane recalls.

So finally, he agreed, but only out of a sense of obligation.

The lesson that morning was from Psalm 103, primarily verses 1-5. Duane says he was in a horrible pit when he stepped up on the platform to teach.

“I had never had less faith than I did that morning. The pit David described was swallowing me,” Duane said.

RELATED: God sends a divine healing to a dying pastor

Just two days prior he’d sat in his living room with a shotgun in his mouth, thinking about ending it all. So, as he stood before more than 150 people, talking about how God heals, he inwardly thought, "but why not me?"

But as he continued, something incredible happened. As he spoke about how God heals, how He rescues us from the pit, Duane experienced a divine healing. The pressure he’d felt on his throat for three years was suddenly lifted. And as he continued, God restored the pastor’s lost voice in front of everyone!

Be sure to read Duane’s firsthand account of that miraculous day HERE.

Hear It For Yourself

Doctors confirmed Duane had been cured. They were just as baffled as he was.

"I can't find any evidence that you ever had a voice problem," said Duane’s physician.

RELATED: Prayer from strangers saves a brain-dead mom and her unborn baby

The entire Sunday school class witnessed the miracle. But there’s a special reason Duane’s healing took place during that class. This was a large church of nearly 20,000 members. So, on any given Sunday, someone was bound to miss the class. As a result, the church had started recording the Sunday school class.

Regardless of who taught, they made the recorded lesson available the following week to those who’d missed. Because of that practice, there’s an audio recording of God restoring the pastor’s lost voice!

YOU MAY ALSO LIKE: 7 tips on how to pray for healing during sickness

Pastor Matt Fry of C3 Church in North Carolina explains Duane’s story in the following video. Then around [4:30] in the video, you'll hear Duane Miller. He begins the lesson with the damaged voice he lived with for three years — the voice he describes as “the worst case of laryngitis you have ever heard.” But as Duane continues to preach, you’ll be able to hear the miraculous healing yourself.

What a powerful reminder that the God we serve still performs miracles today!