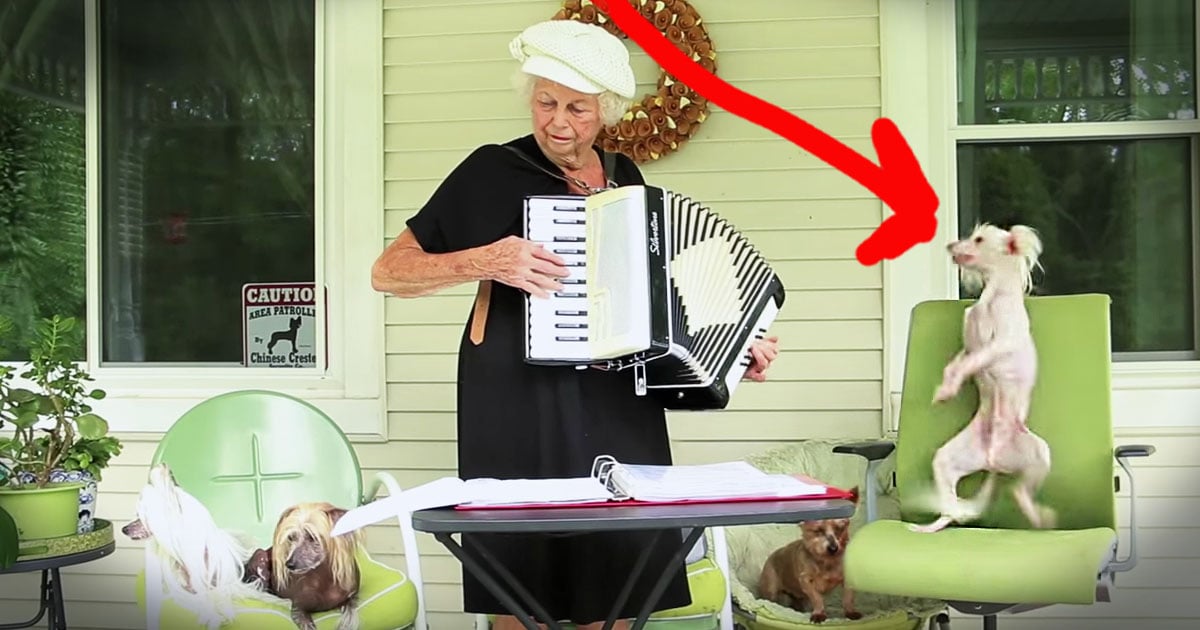 The image below of a little boy kneeling with Santa in prayer is incredibly powerful all on its own. But it's the story behind this touching photo that's truly moving. And after you hear it, we hope that you will follow this sweet child's lead and get down on your knees in prayer too. 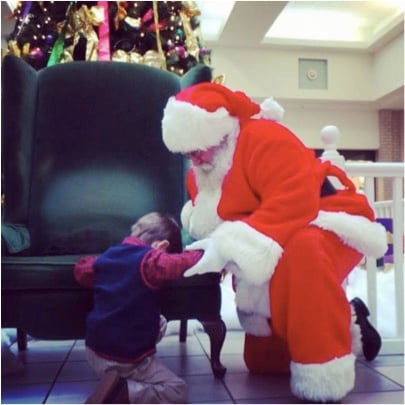 The photograph is of 4-year-old Prestyn. Prestyn is requesting something very special from God. And the young boy thought it might help having the Big Man in the Red Suit join in asking the Big Man Upstairs too.

The most beautiful part is that Prestyn is not asking God for anything for himself. This kindhearted boy from South Carolina is praying for a miracle for a little baby in Las Vegas he has never even met. 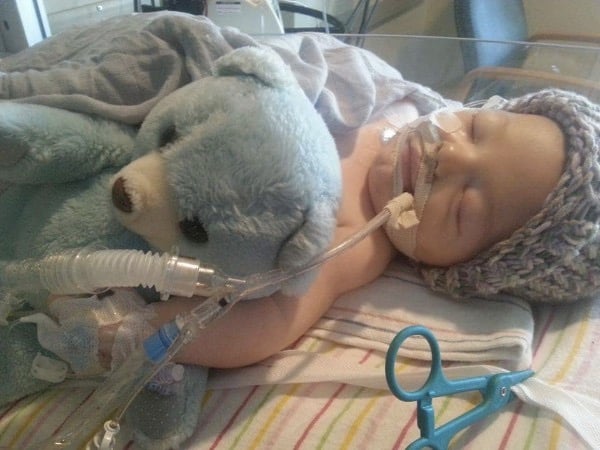 Prestyn is praying for 2-month-old Knox, who is currently on life support. For reasons that remain unknown, this perfectly healthy baby boy just stopped breathing. His father, Carl, went to check on Knox and found him unresponsive in his crib. The terrified dad was able to revive little Knox using CPR, and an ambulance rushed the baby boy to the hospital.

As doctors looked over the unconscious infant, they suggested the family take Knox off of life support, since it appeared as though he was brain dead. But it was in that dark moment that God sent the family their first sign of hope. As the doctors were running the tests to determine if he was indeed brain dead, little Knox took a breath on his own! 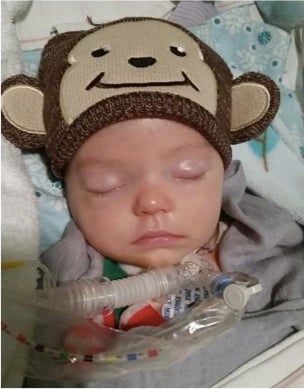 And so, Knox's faithful parents, Mindi and Carl, chose to put their trust in God. They said that it was God who gave Knox life, and they would let Him decide when to take it. 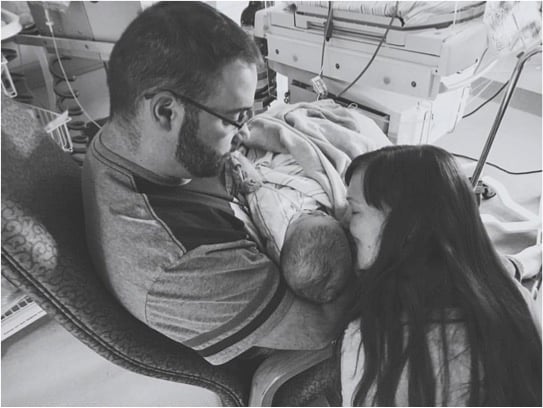 For now, Knox remains in the hospital as the family continues to pray for a miracle. He's undergone a tracheotomy and has had a feeding tube put in. Loving friends and family have set up a fundraising page for Knox and his family in order to help with any medical bills, since the sweet boy is going to need long-term medical care. So far they've raised $18,000, for which the couple is incredibly grateful.

In addition to the fundraising page, the Team Knox Joseph Facebook page was set up to invite prayers and support. And God is already using that page to do amazing things, as it was that very page that introduced Prestyn to Baby Knox after his grandmother became a member!

Once Prestyn learned of this little baby who was so in need of a miracle, his big heart took over and he did what he could to help — starting with adding Santa to the baby Knox prayer chain. Since then, the sweet boy has also been to Build-A-Bear Workshop where he made a stuffed wolf to send to Knox. Prestyn named him ‘Miracle.' 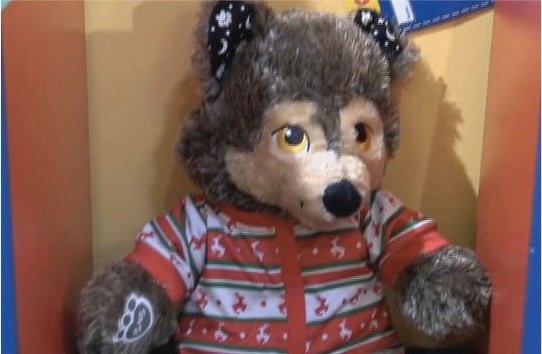 We all know the incredible power of prayer, and so does Prestyn. Indeed, the bible tells us time and again to devote ourselves to prayer, to pray continually, and to present our requests to God. We've seen God do amazing things, so let's follow Prestyn's lead and ask Him for a miracle for Baby Knox and his family. 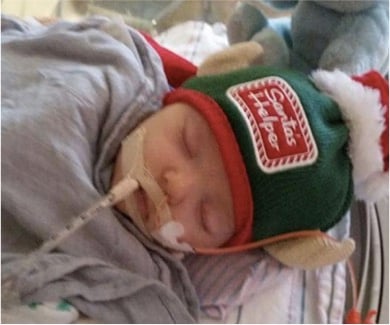 "For where two or three are gathered together in my name, there am I in the midst of them." Matthew 18:20

This boy with autism paid a visit to Santa, and you just have to hear the powerful message Santa had for him! 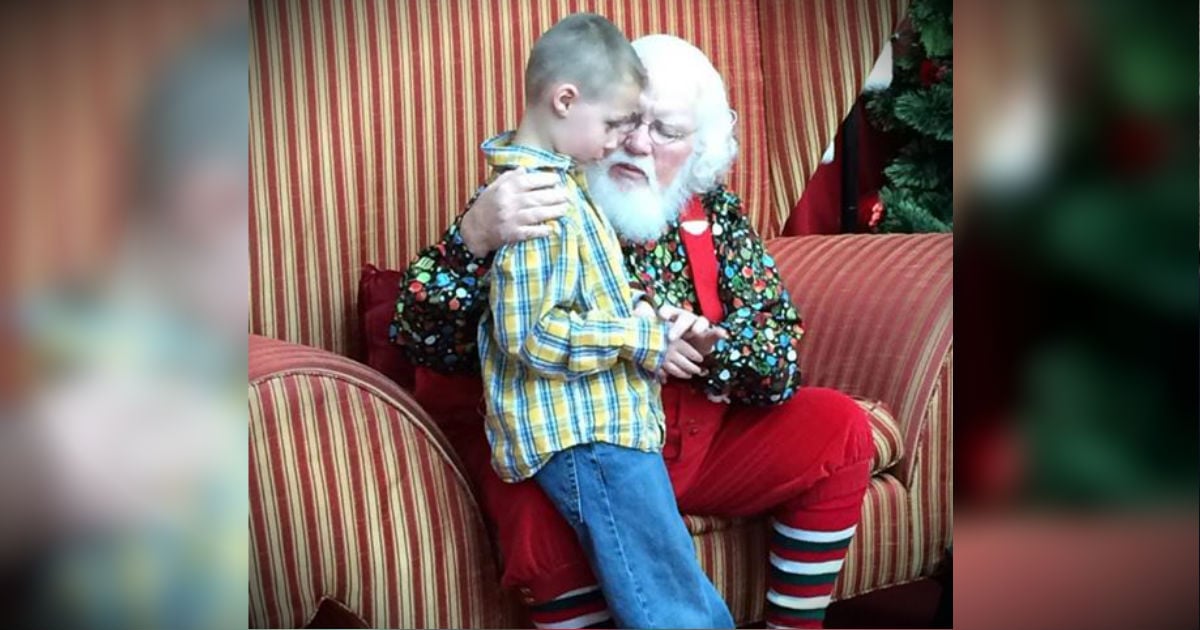 One man stood in line to see Santa holding a photograph. And WHY is utterly heartbreaking.