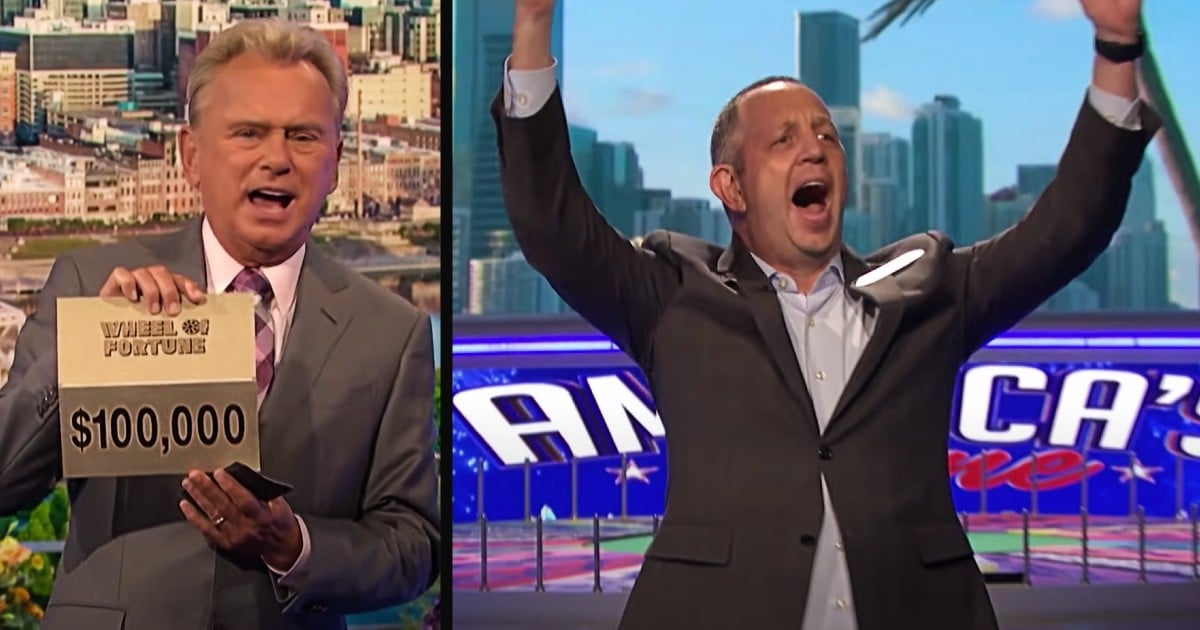 Wheel Of Fortune Contestant Wins $145,000 And Then Gives It All Away
Read Article »

Devastated parents of a 2-year-old on life support had to make an agonizing decision when doctors said there was nothing more they could do. But this positive news story is a beautiful reminder that God is the one in control of life and death!

It was Christmas 2015 when Dylan Askin’s parents experienced their worst nightmare. They rushed their son to the hospital as the toddler struggled to breathe. There, they received terrible news.

Doctors diagnosed Dylan with Langerhans cell histiocytosis (LCH) — an extremely rare type of lung cancer. As a result of the disease, cysts covered the poor boy’s lungs, causing one of them to collapse. The odds were not in his favor and things got even worse after he contracted pneumonia.

By Good Friday of 2016, the 2-year-old’s condition was dire. Doctors said they couldn’t do anymore.

“They told us things were looking bleak and that we weren't going to get him back," Dylan’s mom, Kerry Askin, explained. "All the settings on all the machines were at their highest and he was still struggling. We had him christened, all his family came from all over to say goodbye, including his big brother."

Devastated, Dylan’s parents soaked in what was expected to be their son’s final hours.

"I hadn't slept for days building up to it,” Kerry recalls. “I was crying all the time. They had actually closed off part of the unit so we could both stay with him overnight because [they] thought he could go at any minute. All the while we were singing to him and talking to him and saying goodbye."

But even during these grim circumstances, God was still very much at work!

Inspirational Story About A 2-Year-Old On Life Support

The next day, Dylan’s family made the tough choice to pull the plug. Doctors began taking him off of life support. But then, something completely unexpected happened. The little boy’s heart rate actually returned to normal!

“Stop! There is still fight in him!” Kerry told the doctors.

With amazement, Dylan’s doctors and family watched him grow stronger and stronger.

"Then his oxygen levels started to pick up, and he started coming back to us,” Kerry said.

Dylan just kept getting better. And Kerry knew her son’s recovery was due to divine intervention.

“By Easter Sunday, he was stable enough that I felt comfortable enough to have a lie-down. I was strong in that belief that he was our Easter miracle,” she says.

In fact, the whole family recognized they’d witnessed a miracle!

"When we told our eldest, he said, ‘He's like Jesus' – because he had been learning about it in school," Kerry recalled.

A month after waking up from his coma, Dylan was well enough to go back home. And two years later, he’s happy, healthy and cancer-free!

The Hands And Feet Of Jesus

In this inspirational story about a 2-year-old on life support, Dylan’s recovery wasn’t the only reminder of God at work. Throughout the ordeal, the Akins family experienced the love of Christ through CLIC Sargent, a charity that helps families with children who have cancer.

The charitable foundation assigned the family a social worker who helped find grants to help with the medical bills, as well as helped them balance their hospital stays and meetings while finding school support for their older son, Logan.

"For us, it took all of the pressure off as we were living in the hospital and it was one less thing to worry about,” Kerry explained. “It meant we could spend our quality time with our children. It has made us see the value of our time with them so much. What CLIC Sargent gave us was invaluable – they gave us the gift of time with our child when we thought we didn't have much left."

Dylan’s family now spends their time partnering with CLIC Sargent to help other families with children battling cancer. And every Easter, they not only celebrate Jesus’ resurrection, but also the incredible miracle God worked in Dylan’s life!

We hope that you've been encouraged and uplifted by this inspirational story about a 2-year-old on life support! If you'd like daily inspiration sent directly to your inbox, click here!