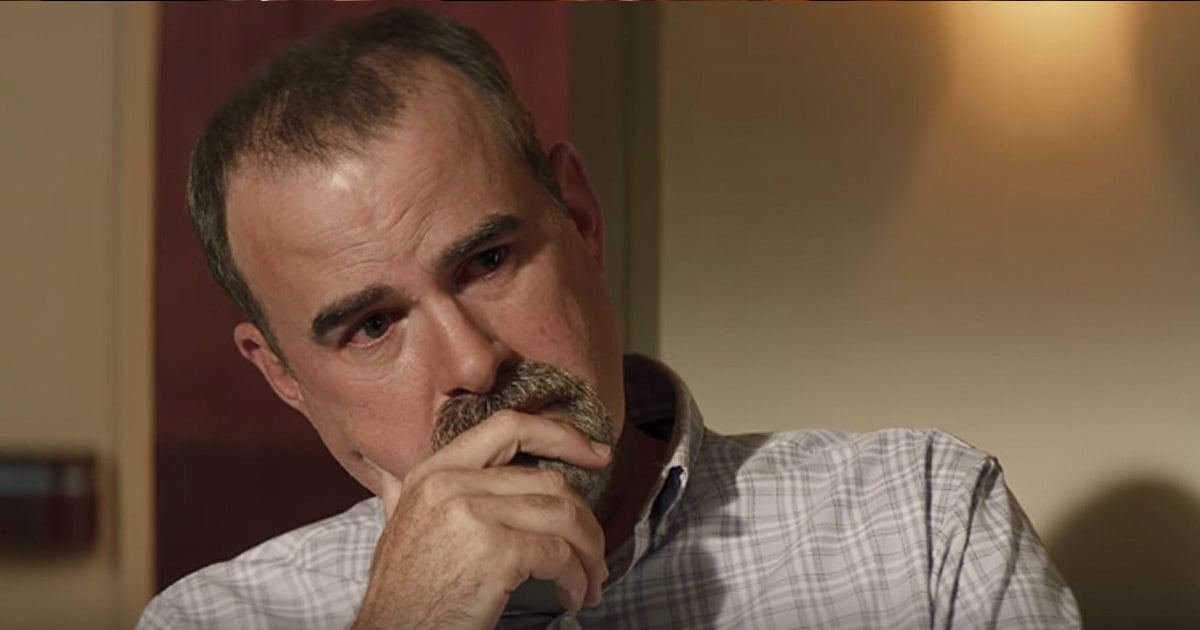 From agnostic to fully devoted to Christ, Last Man Standing actor Jonathan Adams’ faith is a crucial part of all he does. And the Christian celebrity‘s short story of finding Christ is truly inspiring!

51-year-old Jonathan Adams has appeared in numerous roles over the years. He’s done plenty of voiceover work and some of his on-camera appearances include TV shows like Bones and Boston Legal.

But the most recognizable Jonathan Adams TV show role is his character Chuck Larabee on FOX's ‘Last Man Standing.'

Chuck plays the friend and neighbor of Tim Allen's character, Mike Baxter. The show was successful for six seasons on ABC before being canceled (read more about Tim Allen speaking out about ‘Last Man Standing' sudden cancellation).

But an outpouring of support from fans caused the show to be resurrected on FOX.

Today, Jonathan Adams is opening up about another side of him that people may not know about — his faith.

Jonathan did not grow up in the church. He explains that his family only visited on special occasions.

"We were what I like to call CEO Christians. We were Christmas and Easter only and that was really all we would do."

For years, Jonathan described himself as agnostic. But that all changed when he met his future wife, Monica Farrell (now Adams).

Monica was a devout Christ follower and she brought Jonathan closer to God than ever before. Now, he relies on his faith when looking at potential roles and carefully considers the content of scripts.

On the show, Jonathan's character has a lot of different opinions than Mike Baxter. But they both come together on the topic of faith and family.

YOU MAY ALSO LIKE: Actor Neal McDonough Gives Testimony Of How Staying True To Faith Lost Him Jobs In Hollywood

The audience notices this key factor and it is a big reason why there is so much support for this show. I'm so glad that Jonathan Adams was able to speak on his faith and inspire others to live a life for Christ.