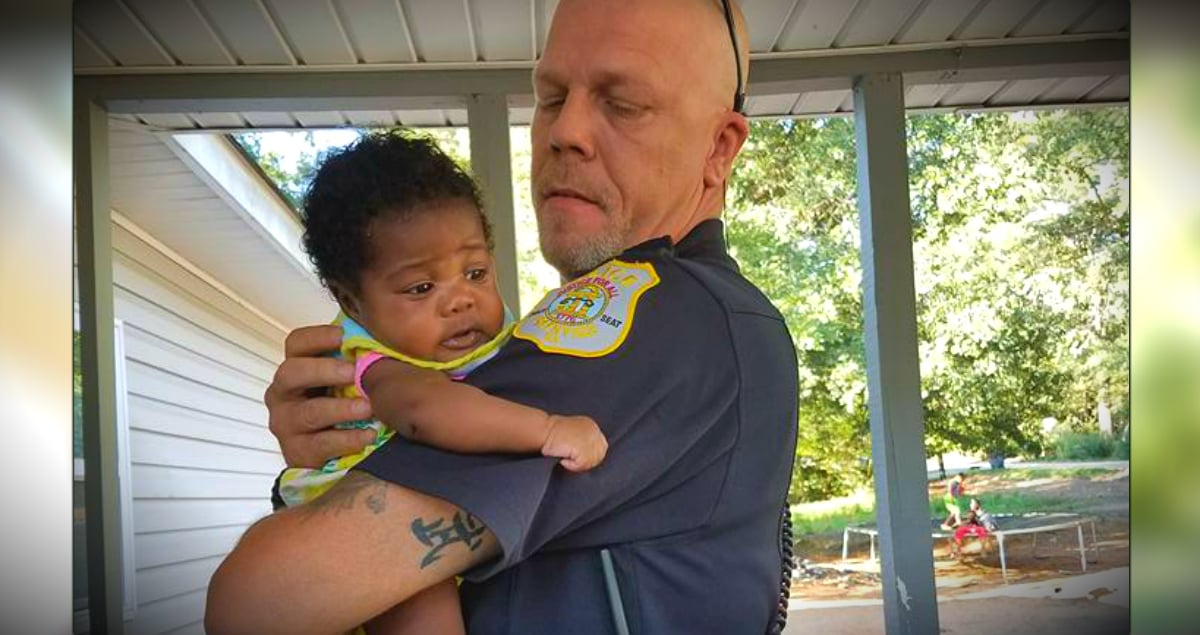 God can work in pretty mysterious ways! When Karolyn Smith, a U.S. Army machine gunner, came home disabled, she was seriously struggling. With the horrors of war still playing in her head, Karolyn was finding it difficult to readjust to “normal” life. And that’s when God sent Karolyn the inspiration she needed. But it came from the unlikeliest of places — a kitten amputee formerly named Sprinkles! 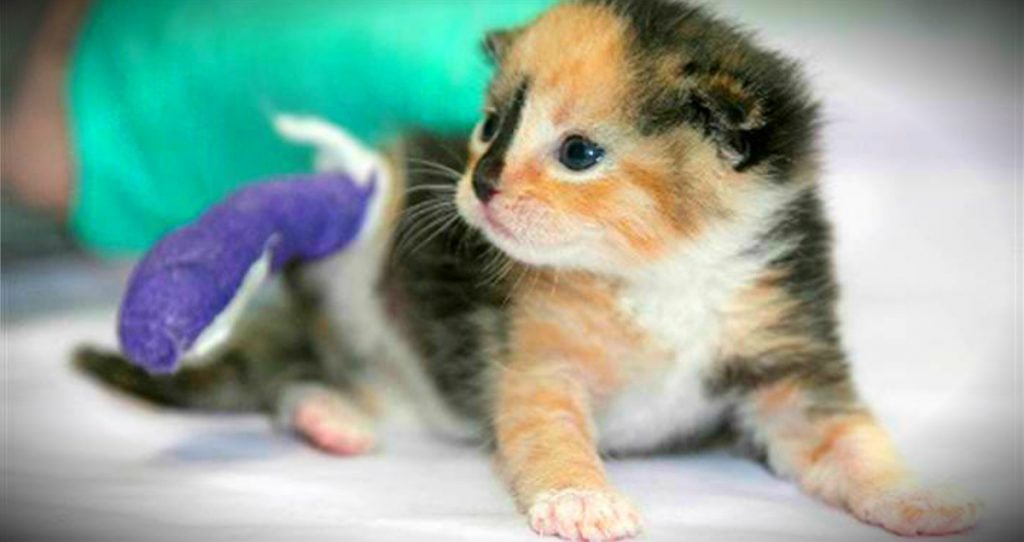 Karolyn completed more than 300 combat patrols in Bagdad in 2004 and 2005. Everything about the environment was hostile. From the extreme temperatures to the constant warfare.

"Every day you either live or die: There's nothing in between," she said.

Karolyn was sent home after a roadside bomb nearly took her life. She was helping to provide convoy security for a fuel tanker when a bomb on a nearby light pole detonated. This served as Karolyn’s 13th encounter with a roadside bomb, and was one she just narrowly escaped.

"It was the most brutal experience and it should have killed me," she said." I lost my innocence and my invincibility on that battlefield."

A mild traumatic brain injury and spinal injuries classified Karolyn as disabled. And though she returned to California a decorated war hero, putting the life or death mindset to rest proved a challenge. Karolyn was diagnosed with post-traumatic stress disorder (PTSD).

Even though Karolyn was “safe at home,” it was hard to feel that way. She found herself constantly “waiting for things to explode.” She received support from fellow veterans, but the turning point really came when she happened to be browsing the San Diego Humane Society's Facebook page.

RELATED: Wounded warrior makes his service dog the best man at his wedding

Karolyn had always loved animals. But when she came across an adoption post for two abandoned kittens, she knew something greater was at work.

"The marking on Sophia’s nose was rapturous," she said. "It’s like God told me, ‘This one. You need to look at this one among all the others.'”

Once Karolyn went to the shelter to meet the two kittens, it became clear why God had led her to them. The kittens, named Sprinkles and Leprechaun at the time, had become inseparable at the shelter. But there was something extra special about Sprinkles — she was a kitten amputee! Most of her right hind leg had been amputated after the umbilical cord wrapped around it during birth.

Karolyn knew right away these cats were meant for her. But the pair was so popular on Facebook, she had to enter a contest in order to be considered for adoption. But God had a special purpose for Karolyn and these kitties. The San Diego Human Society Facebook fans loved the idea of a “disabled veteran” adopting a kitten amputee, and Karolyn “won” the vote!

Now that the kittens were hers, Karolyn changed Sprinkle’s name to Sophia, and Leprechaun’s name to Leonidas. And the two gave her life a new “mission.” 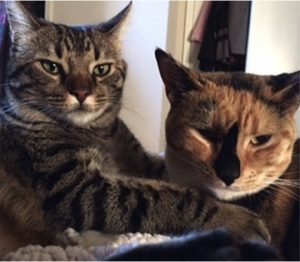 Karolyn reached out to the Fab Lab in San Diego in hopes of finding a way to help Sophia with her stump. And the company didn’t disappoint! They are in the process of developing a removable prosthetic foot for the kitten amputee — the first of its kind — using a 3-D printer. And they are doing so completely free of charge to Karolyn! 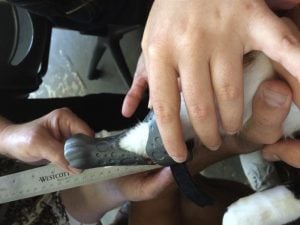 Karolyn has been relying on Sophia and Leonidas rather than medication to manage her PTSD. So she’s just tickled to be able to repay her feline friends for the healing they’ve brought to her own life.

"They're so funny and uplifting," she said. "When my fingers touch their fur, my mood improves. The cats have motivated me to go out into the world and be more productive."

Not only did God use these furry angels to help save Karolyn’s life, but to give it a new purpose. Karolyn spends her free time counseling other veterans suffering from PTSD, as well as speaking to groups about her own experiences. Sophia’s story is becoming a children’s book — “Sophia, The Bionic Cat” — which will be published very soon. And she’s in the process of getting Sophia certified as a therapy cat.

God truly does work in mysterious ways. And it is always for our good!

Two abandoned kittens found in the trash now enjoy a life of adventure! 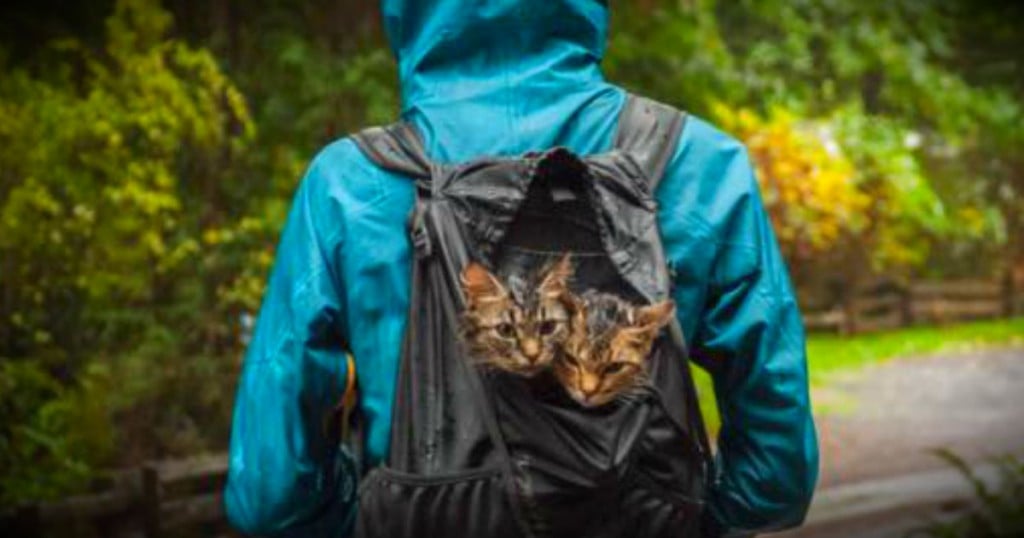