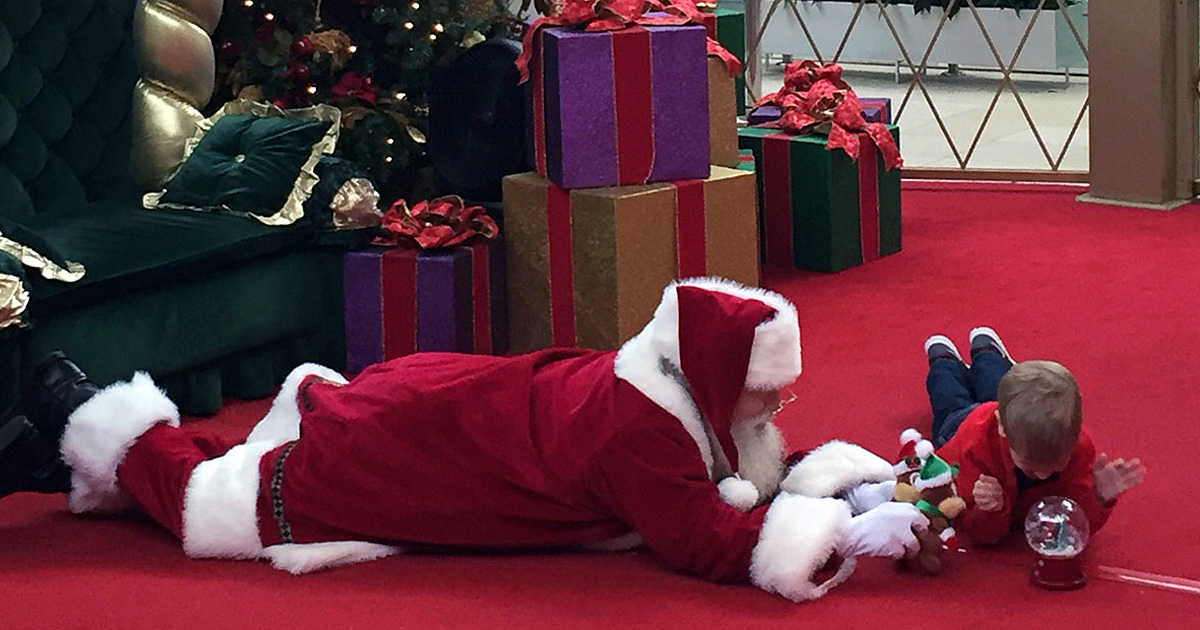 With only a little time left, Gene Weittenhiller’s last Christmas wish was to get as many cards as possible before dying. So, 3 strangers drove over 2 hours to deliver a special blessing!

As Christmas drew near, Wisconsin man Gene Weittenhiller made the decision to stop chemotherapy treatment. It was worsening his quality of life but doing nothing to shrink the tumor on his pancreas.

Gene’s wife, Linda Weittenhiller, says the entire journey has been “devastating. Mostly because we just retired, we are just enjoying being close to our kids and our grandchildren.”

Doctors gave the grandpa only a few months left to live, meaning this would likely be Gene’s last Christmas after celebrating 40 years worth with his wife.

“We are each other’s best friends, we are travel buddies, we do everything together. That’s why I’m going to miss him so much,” Linda said.

So, with such little time left, Gene Weittenhiller and his family decided to make the most of the season.

So, the Weittenhiller’s last Christmas wish was to have the public send Gene as many Christmas cards as possible.

The outpouring has been amazing. The dying man has received a signed football from the Packers, as well as a signed photo and handwritten letter of support from Alex Trebek. But a special surprise from 3 complete strangers is one of the most heartwarming responses to Gene’s last Christmas wish!

When 3 young men from Milwaukee — Markeith Powell, Marqwain Givhan, and Earl Minley — heard Gene Weittenhiller’s story, it inspired them to do something amazing.

Even though Gene was a complete stranger, these kind young men went out of their way to honor his last Christmas wish. But mailing the man a card didn’t seem like enough to them.

The two brothers and their cousin scraped up what little cash they had to purchase 3 Christmas cards and fill up the gas tank in their car. Together, they drove more than 2 hours one way in order to deliver their cards in person!

“We were nervous because we didn’t know if he was going to be there or not,” Marqwain recalled. “But we cared about this man’s story so much that we were going to wait out there for an hour or two or three ’til they came back home. That’s how much we wanted to see him smile.”

When Gene and his wife opened the door and heard the beautiful reason the 3 boys were there, they were overcome with emotion.

“He cried and he cried,” Earl Minley said. “I got emotional, we all got emotional. Words can’t even explain it. We were speechless. It was priceless.”

Knowing their act of kindness helped brighten Gene’s day made the trip well worth it.

“Words cannot explain,” Earl went on to say. “The way he looked at us, the way he hugged us. The hug he gave us had so much emotion. You could feel it. It was just amazing.”

Before heading back home, the 3 young men prayed with Gene and his wife. And they are already planning their next visit to see their new friend!

YOU MAY ALSO LIKE: Lonely 73-Year-Old Grandma Wants A Boyfriend As Her Christmas Wish, So She Posts A Wanted Ad

I don’t know about you, but these 3 young men certainly restore my faith in the future generation. We need more acts of kindness like this!