Even though he’s lost his Mrs. Claus, a grieving widower dresses as Santa to honor his late wife’s dying wish.

Losing a loved one is never easy. And Christmas can be a difficult time of year after such a loss. But now that Suzanne, his wife of 25 years, is gone, it’s especially tough for Charles Welke of Summerfield, North Carolina.

RELATED: Widower Didn't Want to Face the Holidays Alone, Then He Left This Note

For Charles, Suzanne was his partner in all things. She was the tit to his tat, the ying to his yang, and, quite literally, the Mrs. Claus to his Mr. Claus.

For more than a decade, Charles has helped spread holiday cheer throughout the community in Summerfield by dressing up as Santa. It started with a cheap red suit and a fake beard. But over time, it blossomed into a beautiful Christmas tradition.

“Then I realized, hey wait a minute, I have white hair and a white beard so I grew my own," Charles said.

It took some convincing to get Suzanne on board. But once Charles convinced his beloved wife to dress as Mrs. Claus, the duo spent more than a decade spreading joy side-by-side.

"I brought her out of her shell, and the first time she did Mrs. Claus, she loved it," Charles lovingly recalled.

But the day eventually came when Charles had to face Christmas without Mrs. Claus by his side.

Doctors diagnosed Suzanne with an aggressive form of brain cancer. And as the terrible disease took its toll on his beloved wife, it threatened to end the couple’s beautiful Christmas tradition.

"She started getting her memory back after most of the tumor was taken out," Charles said, "She realized that I was her husband but she didn’t remember my name.”

Having a front row seat to Suzanne’s failing health was torture for Charles. He considered giving up.

“That’s when I told her, ‘babe – I can’t do this without you,'” Charles confessed.

But before going to be with the Lord, his wife’s dying wish made sure Charles didn’t lose his purpose.

“She shook her finger at me and she said, ‘you need to be the best Santa you can be,'” Charles explained. “So I couldn’t — I couldn’t stop." 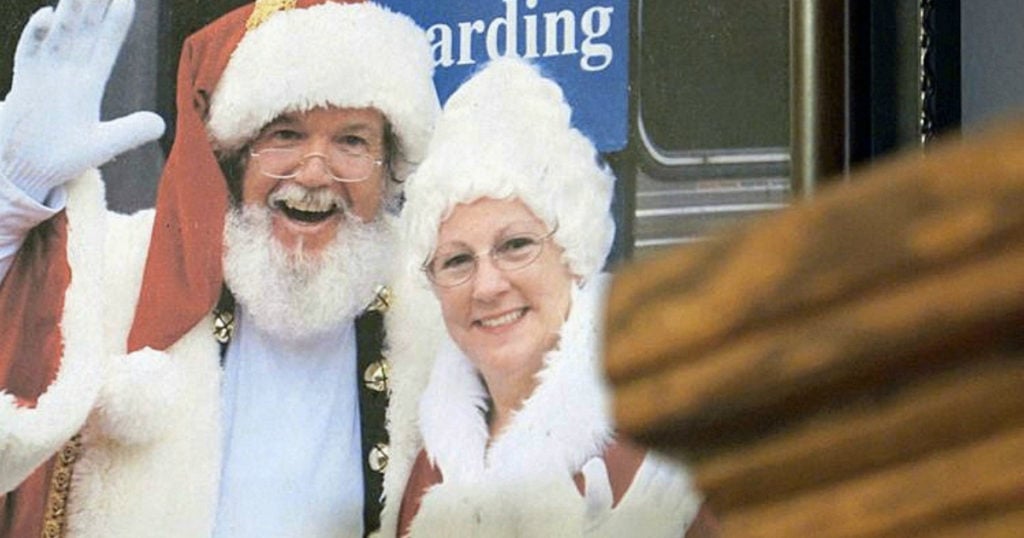 Widower Dresses As Santa In Honor Of Late Wife

And he didn’t. Suzanne is no longer here to play Mrs. Claus. But year after year, the widower dresses as Santa to honor her memory and her final wish.

"It's tough every Christmas, but this kind of keeps me above water," Charles says.

Charles donates all of the money he earns from his Santa gigs to charity. This year, he’s raising money for “My Angel With Paws,” a group that trains service dogs in Florida.

The Christmas story Jesus’ birth is all about hope. And as Charles puts on his special-made Santa suit to spread joy to kids in the community, he finds he’s blessed just as much by the experience.

YOU MAY ALSO LIKE: Little Girl Befriends Lonely Widower At Grocery Store She Called ‘Old'

"The things that you bring out and children, you know, the innocence and the beliefs…it’s incredible," he said.