"The Late Show" host Stephen Colbert is more than just a comedian and television star. He’s also a devout Christian. But that wasn’t always the case. And if you haven’t heard Christian celebrity Stephen Colbert’s testimony of the moment he turned away from atheism and back to Christianity, the inspirational story is one you won’t want to miss!

Comedian Stephen Colbert grew up in a Catholic home. However, at some point as a young man, he became convinced what he’d grown up believing wasn’t true.

“I had lost my faith in God, to my own great grief,” Stephen Colbert said.

Stephen became an atheist. But even when we give up on God, God never gives up on us! 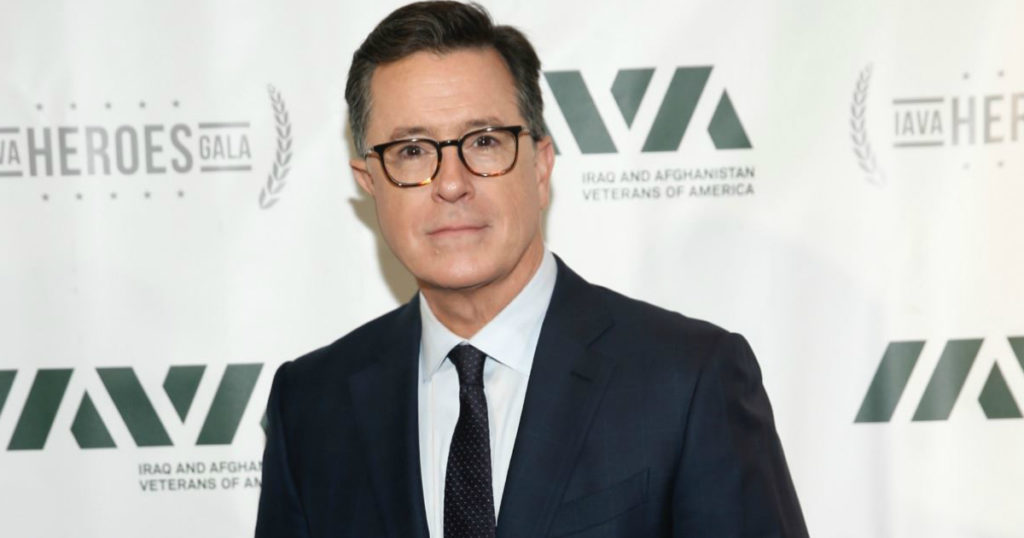 “[The Bible] must have been humid and then brought out into the cold because it was frozen,” Stephen recalled.

What the stranger didn’t know was that Stephen was battling anxiety that day. And after taking the frozen pocket Bible, Stephen snapped it open to the glossary and turned to the first verse on dealing with anxiety.

"It was Matthew, chapter 5. It was the Sermon, ‘And so I say to you, do not worry, for who among you by worrying can change a single hair on his head or add a cubit to the span of his life?' And I was absolutely, immediately lightened," Stephen Colbert recalled.

Stephen goes on to explain how this was the first time he truly understood the meaning of the phrase, “It spoke to me.” Jesus’ words from the Sermon on the Mount jumped off the page at the young atheist and transformed his heart.

"My life has never been the same," he said.

Faith has been an integral part of comedian Stephen Colbert’s life since then. And even while pursuing a career in Hollywood, Stephen never budged on his convictions (read more about how he stood up for his faith HERE).

Seeing someone so in love with God is indeed a precious sight, and we pray Stephen Colbert’s testimony will be a blessing and encouragement to you today!

Christian Celebrity Weighs In On Whether Hollywood ‘Blacklists' Stars Over Faith