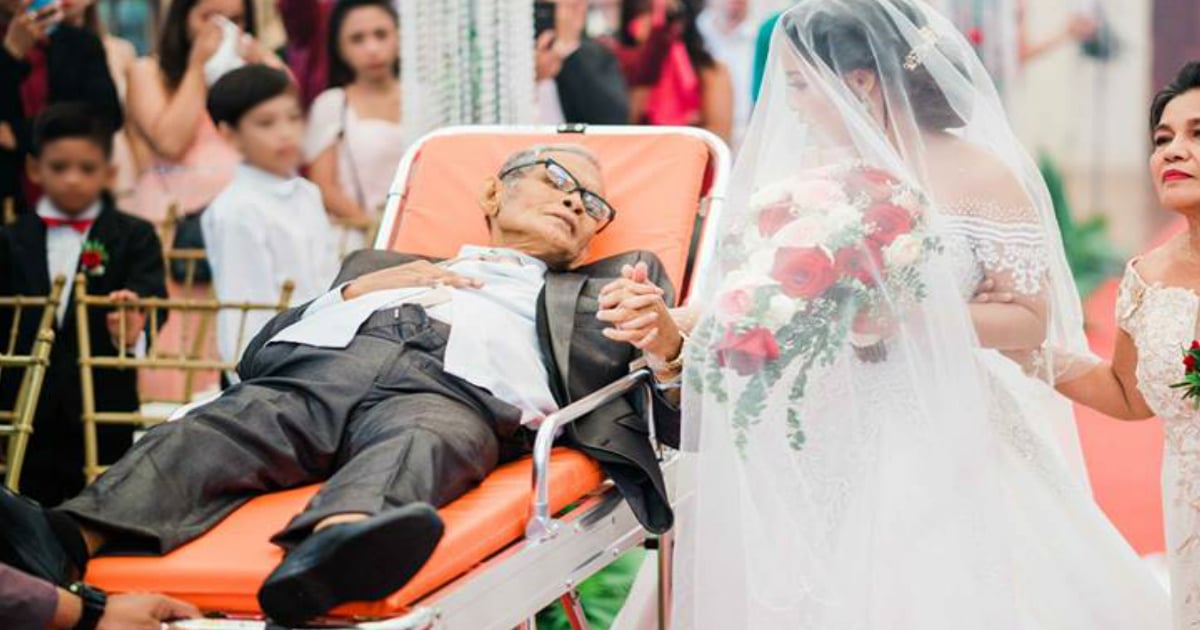 What’s so special about Fox and Friends co-host Ainsley Earhardt? Plenty of folks would point to her bubbly personality, bright smile, and Southern charm. But as TV news anchor Ainsley Earhardt shares her faith, it’s clearly her intense love of Jesus that sets her apart!

Growing up in South Carolina, Ainsley Earhardt set her sites on a broadcast journalism career. She started off working at local stations, something some folks would have considered small potatoes. But Ainsley took her job seriously and worked hard, landing jobs as a local news anchor in both South Carolina and Texas.

Her big break came in 2007 when the Fox News Channel invited her to join the network. It’s a move she just knows God orchestrated.

“When I got the job with Fox, I said ‘God, are you sure?’ I know nothing about politics, I’ve been covering car accidents and street closures and the pothole patrol in my hometown,” Ainsley laughed. 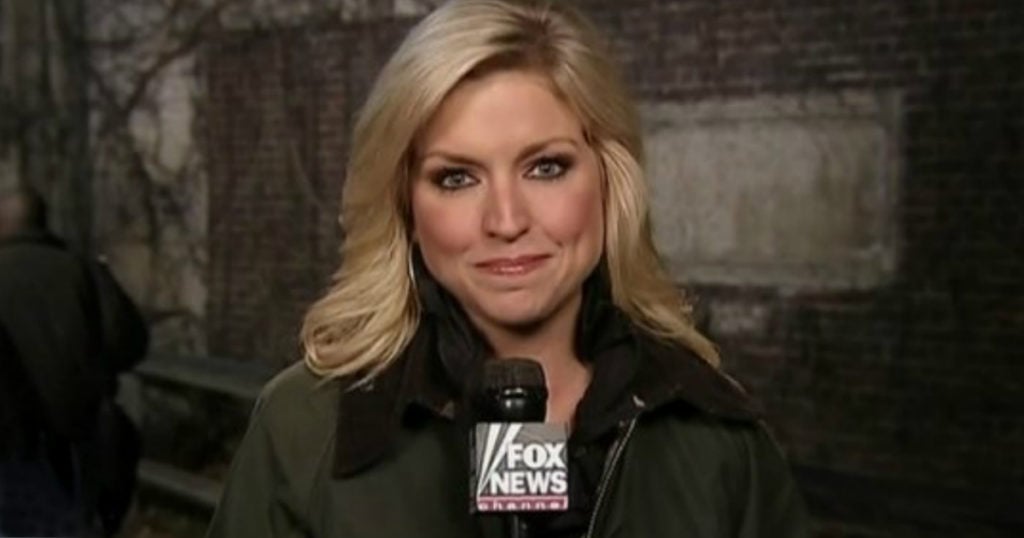 But God knows what He’s doing! And since then, the Fox and Friends star has become a staple on the conservative news network.

And Ainsley is always quick to credit God for all of her success.

“The moment I stop giving Him the glory is the moment I will fall, and I will fail, and I know that,” she explains. “Because I’ve experienced that in my life. I’ve turned my back on Him and it was the hardest time of my life. I trust Him and I love Him. I’m just grateful, just grateful. All of my dreams have come true.”

It helps that Ainsley grew up in a faith-filled home. Her family regularly attended church and devoted time to reading the Bible. Her dad pushed Ainsley and her siblings to work hard, try their best, and never let fear hold them back.

“Dad always said, ‘you never want the fear of failure to stand between you and your destiny,'” she recalled.

The devout faith of her family certainly had a huge impact on Ainsley’s life.

"I just really admired some people in my life that had such strong faith and they actually lived it,” she explained. “I wanted to be like them because they were such good people."

But, of course, each individual has to make the personal decision to accept Christ as their Savior on their own. And Ainsley says it wasn’t until college, after really spending time on her own in God’s Word, that she truly surrendered her life to Jesus.

"I asked God to come into my life and change me," she says. 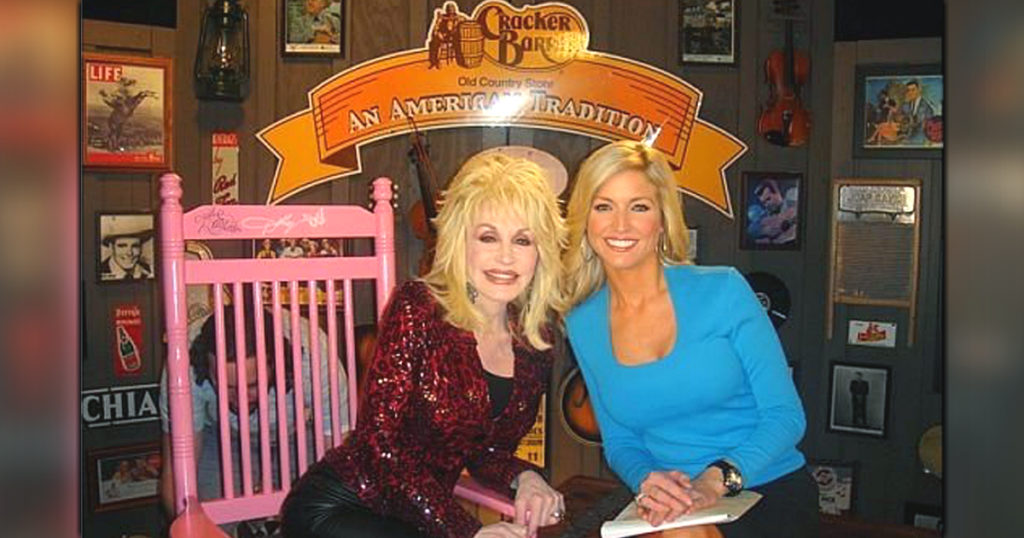 Heartbreak Followed By An Answered Prayer

Ainsley can still recall the joy of turning her life over to God’s will. Another life-changing moment she’ll never forget is becoming a mom. It was another journey where God turned her weeping into rejoicing.

When Ainsley and her husband first heard their baby’s heartbeat, they instantly fell in love.

“We heard that heartbeat and it was so beautiful. It was so cool,” she said.

But their hearts weren’t prepared for what they heard in the follow-up appointment.

“And we went back for the next appointment. The doctor said there was no heartbeat,” Ainsley tearfully recalled.

RELATED: Olympic Gymnast Leans On God After Miscarriage And Shares Her Testimony

Ainsley had suffered a miscarriage. It’s a pain only God could heal. And knowing their first child is in Heaven with God brings the couple peace.

“We prayed for a healthy child and God had a different path,” Ainsley explained. “So, I know I’ll meet that little girl — we found out it was a little girl.”

A few months later, Ainsley found out she was pregnant again. The pregnancy went smoothly and she gave birth to their daughter, Hayden.

“So, I’m so grateful. And she was born and it was the best day! That, and becoming Christian — the two best days of my life,” she exclaimed.

And after God has been so good, Ainsley is determined to glorify Him every chance she gets!

Some celebrities like to keep their faith private, but that’s certainly not the case with Ainsley Earhardt. She shares her faith openly both on air and off!

“I’m so excited about what God has done in my life. I love Jesus and I cannot hide that,” she says.

Ainsley chooses to put God first. It’s part of who she is.

“Fox has never told me I can’t share my faith,” Ainsley explained. “They embrace that and they want us to be real and want us to be ourselves. And they’ve always said the audience can tell if you’re not yourself, so I decided just to let loose.” 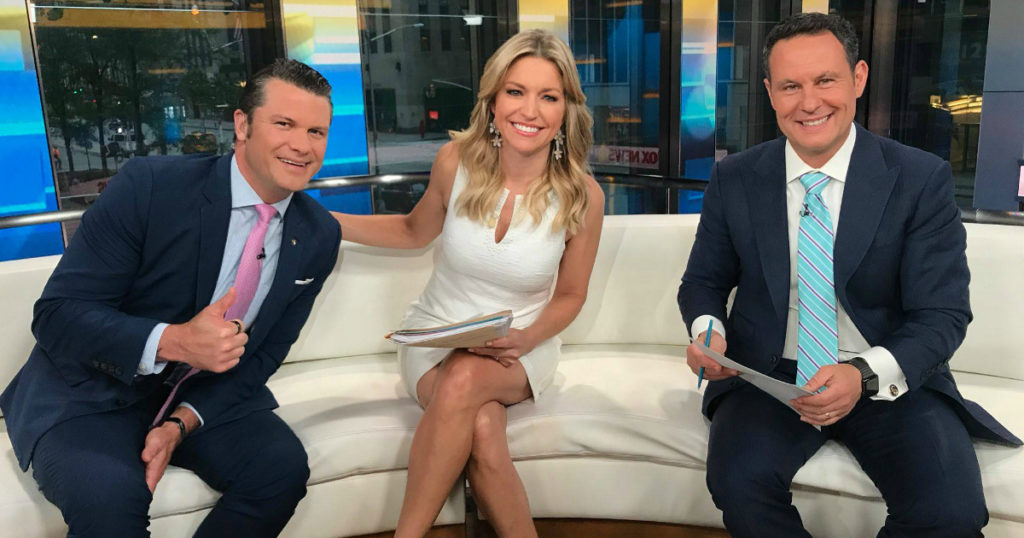 And there’s no doubt, in Ainsley’s mind or in ours, that as long as she stays focused on what God wants for her life, the blessings will continue.

Ainsley is so passionate about sharing all God has done for her, she wrote a book about it called The Light Within Me. She not only wants to glorify God but hopes to encourage others as well.

“It is such an inspirational story of how you go through rough times and I just felt that God is always there to pick me up and get me back on track. It helps viewers understand more about me and my faith and God in my life and I want Him to get the glory,” she explains. “I am just so blessed and I write about what motivates me every morning and my passions and how a girl from South Carolina has made it to New York.”

Choosing to trust and love God doesn’t mean a life without trials. But Ainsley reminds us that God promises to be with and to see us through the good, the bad, and the ugly!

"God had a plan for the entire way," she said. "My advice for people listening if they don't understand why God is putting them through whatever situation they are in just be patient. Breathe and enjoy the journey, because God has big things in store for you."

YOU MAY ALSO LIKE: TV Host And Actor Gets Baptized In The Jordan River