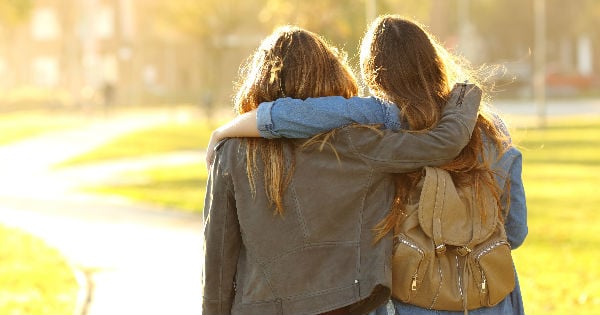 101 ‘What Is Friendship’ Quotes Will Touch Your Heart
Read Article »

Jenis James Grindstaff, a South Carolina man in hospice, wanted desperately to be baptized by immersion before it was too late. And the dedicated medical staff in this inspirational short story figured out a way to make it all work!

When Jenis James Grindstaff, a cancer patient in his 80s, realized he had little time left, he knew he wanted to be baptized before going home to be with the Lord.

RELATED: 94-Year-Old Woman Baptized And Says It's Never Too Late To Become Christian

It wasn’t a matter of suddenly finding faith.

In fact, pretty much all of Jenis’ family was already baptized, including each of his siblings.

“For some reason or another, he just never got around to getting it done," the man’s son, Craig, explained.

During his life, Jenis served in the military and also worked as an air traffic controller for 25 years. And he regularly lived out his faith.

"He’s always read the Bible,” John, another one of his sons, said. “But he had never been baptized. He wanted to show he believed more than anything else."

RELATED: Hospice Baptism Is A Final Wish Granted As Dying Man Prepares To Leave For Heaven

But as the end of his life neared, Jenis knew he wanted to be baptized before heading on to Heaven. And his sweet hospice nurses made sure his wish was granted!

Not only did Jenis want to be baptized, but he also wanted to be fully immersed rather than sprinkled.

But with his medical issues, he couldn't be lowered into a traditional baptismal. Nor could he be baptized in a traditional tub, either, because he wouldn't be able to get back up.

So, hospital staff and the chaplain worked together to find a solution. They decided to use a specially designed 60-gallon hospital tub. That way, Jenis could walk in and sit down before filling the tub.

Medical staff transported Jenis James Grindstaff to Spartanburg Regional Hospice where chaplain Terrell Jones baptized Grindstaff in the "name of the Father, the Son and of the Holy Ghost."

The beautiful moment was filled with shouts of “Amen” and “Hallelujah,” as well as applause. And the video went viral when the hospital shared it online, racking up more than 200,000 views.

YOU MAY ALSO LIKE: Actress And Singer Demi Lovato Visits Israel And Gets Baptized In The Jordan River

As for Jenis, he’s just happy to have gotten his wish to be baptized. And he hopes it will inspire others to do the same.

WATCH: Dying Man’s Wish To Be Baptized Is Granted