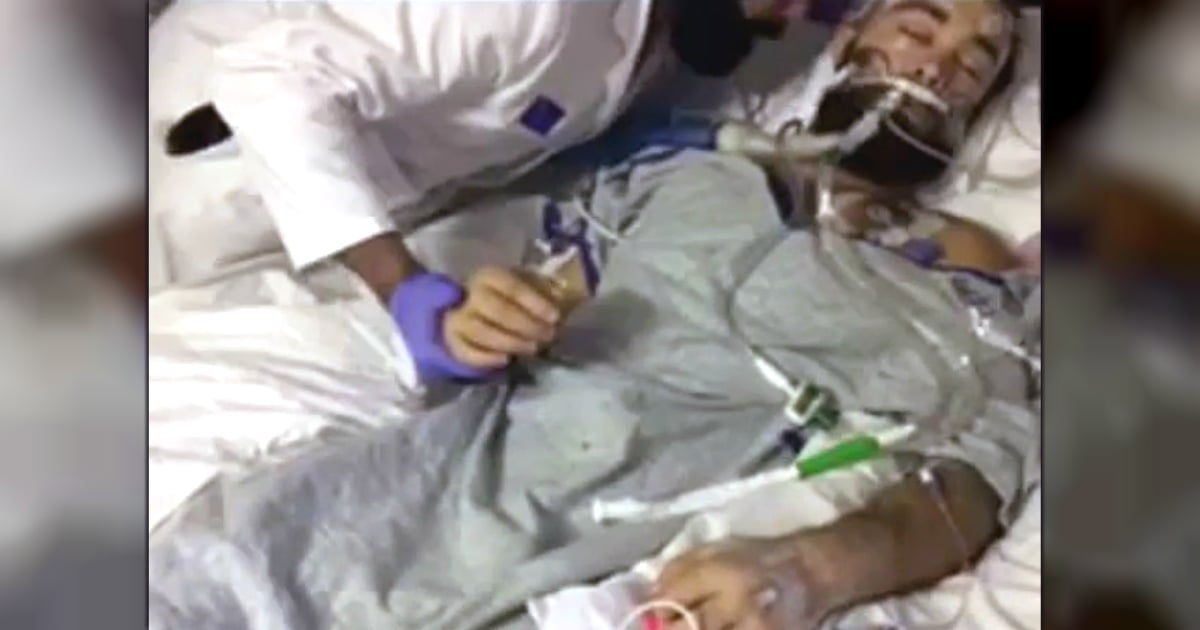 These kids brought the Shark Tank Sharks to tears when they pitched their late firefighter dad’s invention. Christian, Keira, and Kaley Young pitched the “Cup Board Pro” to the Shark Tank television show in hopes of honoring their father's dreams. And the Sharks responded in a way they never do!

The children’s father, New York City Firefighter Keith Young, was raising his three kids on his own after his wife, Beth, passed away from breast cancer. Not long afterward, Keith himself received a cancer diagnosis directly related to being a first responder in the September 11 attacks. These kids have been through so much together, but they knew that their fight wasn't complete until they had shared their Dad's vision on Shark Tank.

Keith earned the nickname the "firehouse chef" a when he competed on Bobby Flay's cooking competition "Throwdown". The fallen fireman was his own sort of Food Network celebrity, having appeared on "Chopped" as well.

This father of three had a true love of cooking even holding a degree in culinary arts before joining the FDNY. It was there that he began whipping up impressive culinary masterpieces for his fellow firefighters. Keith even published a cookbook "Cooking With The Firehouse Chef" not long after his vision for the Cup Board Pro was born.

As the kids explained their product and the story of their father's passing, there wasn't a dry eye on the usually tough Shark Tank judges board.

Christian, Keira, and Kaley presented with the same passion that their father offered. Keith had filmed an infomercial for the Cut Board Pro before his passing which was shown to the Sharks. Seeing the smiles on the young family's faces as they watched their passionate father sell his product was so moving!

And it was clear the Sharks were moved as well.

In an unusual decision, the Sharks announced that they were not going to compete for the opportunity to market the product. Rather, these savvy business leaders determined that they were going to join forces on the deal. The offer? $100K for a 20% stake in the Cut Board Pro company with all profits going to help firefighters who are sick due to their 9/11 service! After the show, the company has sold out of the product and has over a million dollars in back ordered products. These kids truly have their parent's determination and we are sure are making Mom and Dad proud!

"The amount of love and support that we have received from everyone has been so incredible and we are just so grateful!" Kaley Young shared in their follow-up interview.

We pray that God continues to bless this sweet family as they support each other!

YOU MAY ALSO LIKE: Sharks Criticized Local Farmer Until His Response Made Them Cry