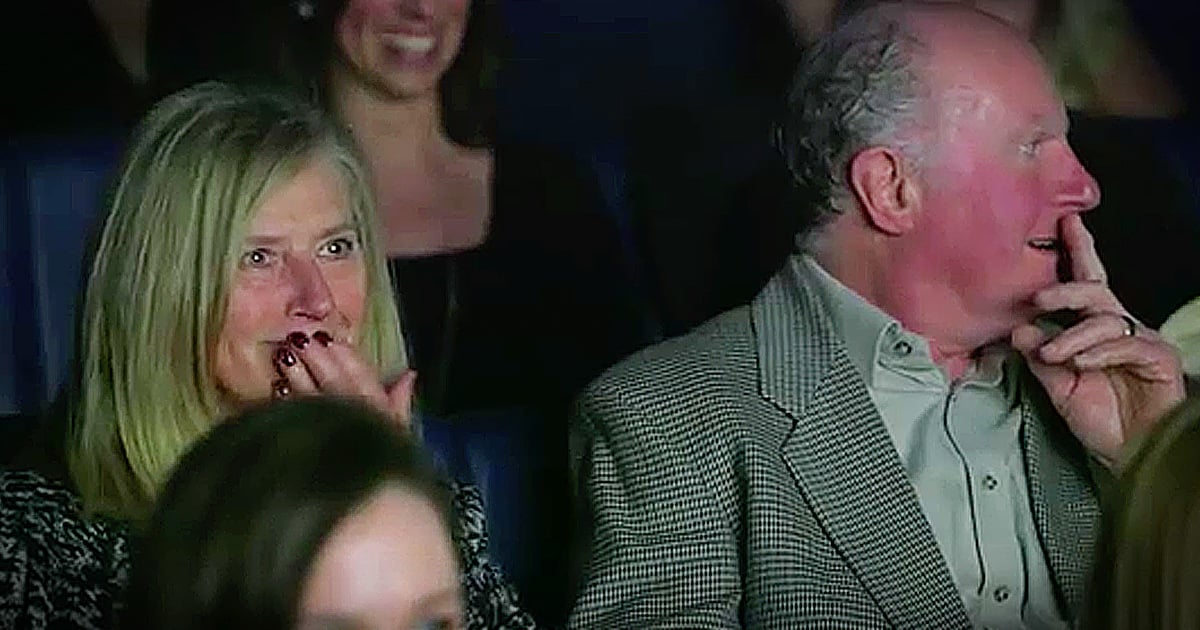 One of the trickiest things about love is that it requires us to be vulnerable. After you’ve been hurt, self-preservation kicks in, and walls go up to keep us from getting hurt again. But the trouble is, while those walls may be keeping out some of the bad things, they may also be blocking out the blessings God is trying to send our way. 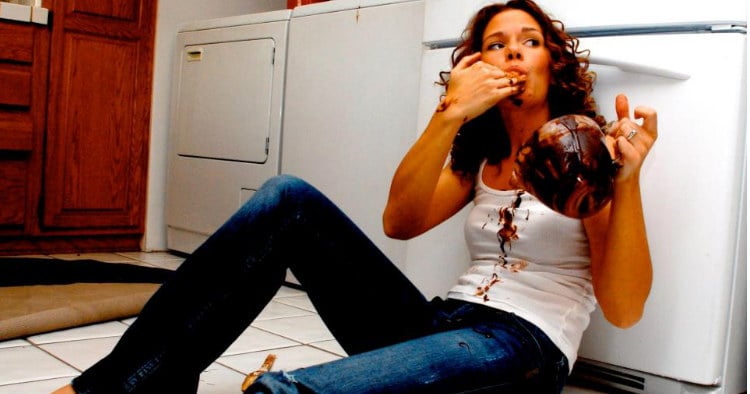 Kristina Kuzmic, a popular mom blogger, was no stranger to tough times, and after a very difficult divorce, she made sure her walls were extra sturdy. She tried her hardest to keep love out. And when a kind and gentle man named Phillip had the nerve to try to love her, she invited him over to witness what she considered to be her worst. And what happened next is a beautiful reminder of what God can do in our lives. 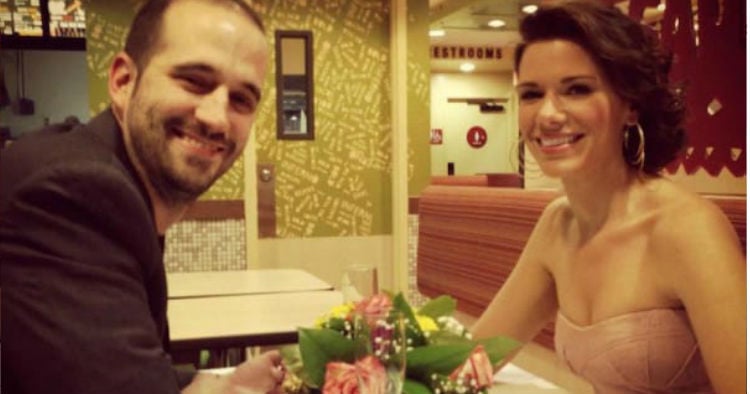 I remember when I first started having feelings for my now husband. The stronger the feelings got, the more I fought them. After a rough divorce a couple of years prior, I was done with this whole love thing. I was perfectly content with my personal romance with cynicism, and I wasn't going to allow anyone to get in the way of that.

I kept pushing him away, and giving him reason after reason not to be with me. From the very beginning, I aired all my trash, all my flaws, all my drama – I put it right in front of him, sure that he would run. 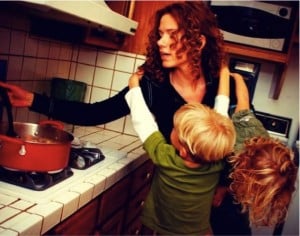 After a while, when I was secure in my feelings for him, I introduced him to my children. We never showed any affection in front of them, not even holding hands or hugging. In my kids' eyes, Philip was just another friend of mine.

A few weeks after he met the kids, I had a particularly hard night. I was sick, and my 3 year-old woke up in the middle of the night throwing up all over the carpet, which, of course, woke my 5 year-old up, who screamed and cried in exhaustion. We were a mess, all three of us. It was one of those single-mom moments where I thought I would go insane. I looked insane, probably smelled insane, and my head was pounding from all the screaming. I was trying to calm my children and clean up my daughter and the carpet, and I thought, “Why would any man sign up for this?” 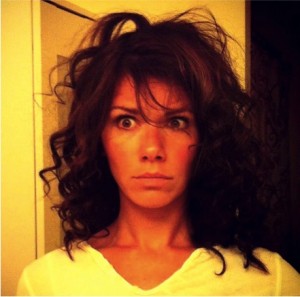 I called Philip and woke him up. “Come over. Come over right now. You say you want me, you say you want my life with everything that comes along with it, then come over.”

He was at my apartment within 20 minutes. The kids were still screaming, and I was on all fours on the floor, scrubbing the carpet. I expected a look of shock or disgust, maybe even anger that I had woken him up in the middle of the night for this. But instead, without missing a beat, he got down on that floor, grabbed the rag out of my hand, sent me to bed, and cleaned up my daughter's vomit.

Then he tucked my children in and got them to sleep. And then he tucked me in, kissed my forehead, and said, “Yes, I want this. I want every part of it. All three of you.” 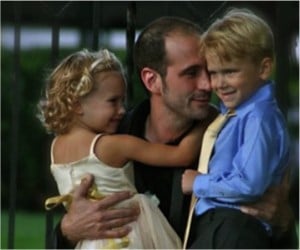 It's been almost seven years since that night, and Philip is still quick to clean up the vomit, to stay up late talking my pre-teen through a rough day, to take my daughter's phone calls at work when she needs help with a math problem, and to love them unconditionally as if they were his own.

This man, this wonderful man had the nerve to come along and interrupt my bitterness. I am forever grateful to him for that. And so are my children. 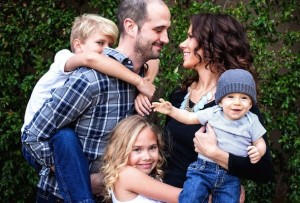 One of the most beautiful things about this story is how much of a reminder it is of God’s love for us. Kristina’s reasons for pushing Phillip away are similar to why we often push God away. We feel we’re too flawed and too broken for Him to ever love us. We think, “Why in the world would the Creator of the Universe ever want me?”

But that’s what God’s grace is all about. He loves us in spite of our flaws and our sins. And all we have to do is accept it!

“All of us like sheep have gone astray, Each of us has turned to his own way; But the LORD has caused the iniquity of us all To fall on Him.” Isaiah 53:6

See why this young widow chose love over fear! 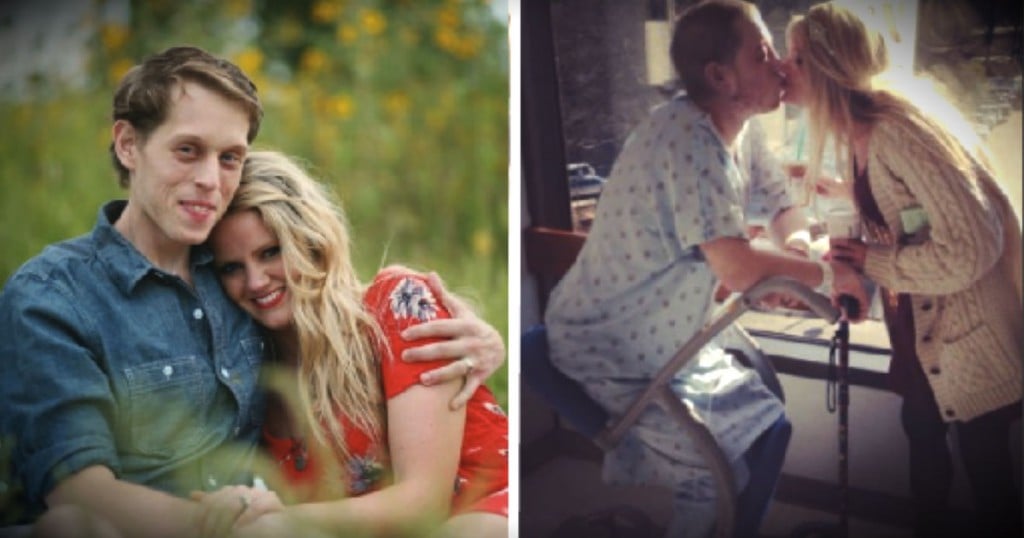 Don’t miss this precious baby girl’s response to ‘I love you!’