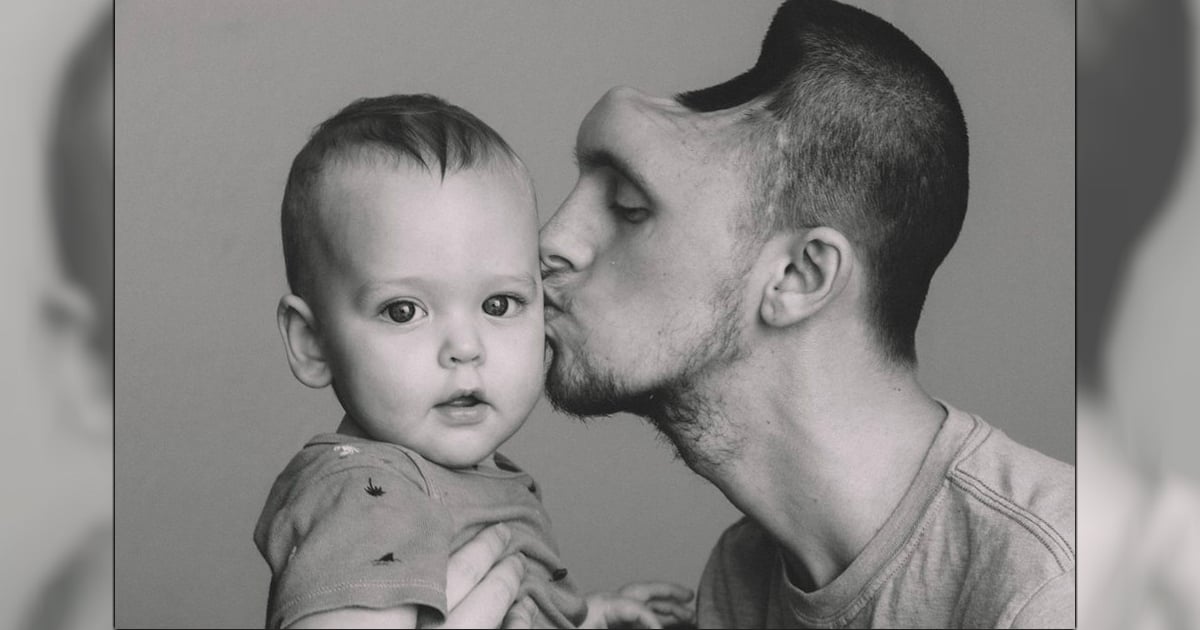 The Bible is pretty clear on the fact that the marriage vows are to be taken very, very seriously. “I do” is a promise, not just to your spouse, but to God. Sadly, though, we live in a world where those vows are broken all the time. And that’s why this married woman’s response to a man’s completely inappropriate advances had us cheering! 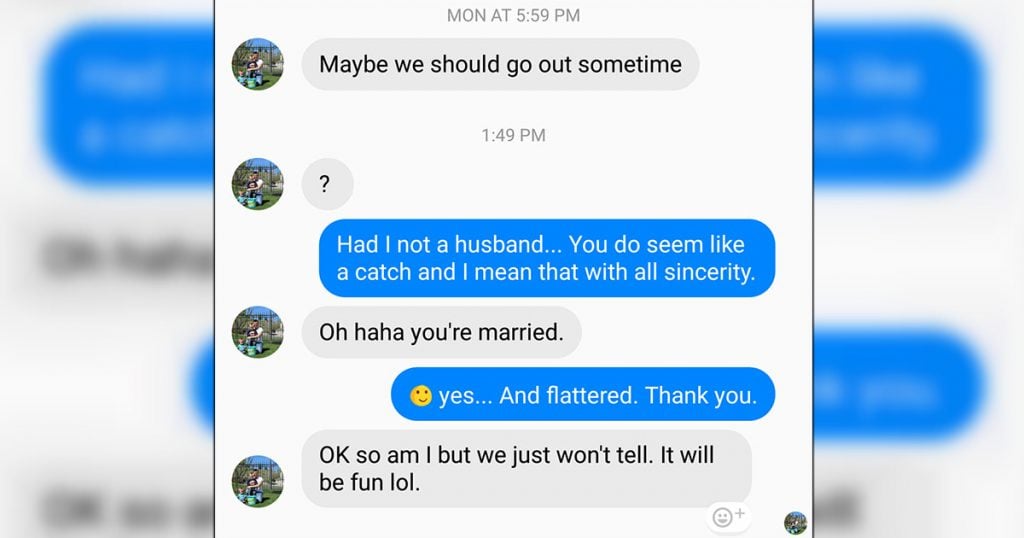 A woman identified only as littlesb79 on the social media site Imgur knows what true love looks like. She’s happily married to a man who has stood by her through thick and thin. So, when a new “friend” started chatting her up, she didn’t think much of it at first.

The two had exchanged some political banter on Facebook back during the election. With her status clearly set to married on Facebook, the woman never expected anything out of line. Their conversations had always been brief and on the up and up.

Until, one day, he completely and totally crossed the line.

The man texted her suggesting they go out sometime. The married woman tried to politely turn him down, pointing out she has a husband. Clearly, that should have been the end of it. But this guy just didn’t get the message.

Kind of makes your blood boil, doesn’t it? Well, you’re not alone.

RELATED: Husband's Response To A Lewd Text From The Nanny Made My Day

This married woman had already lived through the “in sickness and in health” part of her vows. Her husband had more than proved his commitment to her and their marriage. So, this man’s brazen disregard for the sanctity of marriage set her on fire. And she wasn’t about to stand for it!

Who knows what this man was expecting the married woman’s response to be. But it probably wasn’t this: 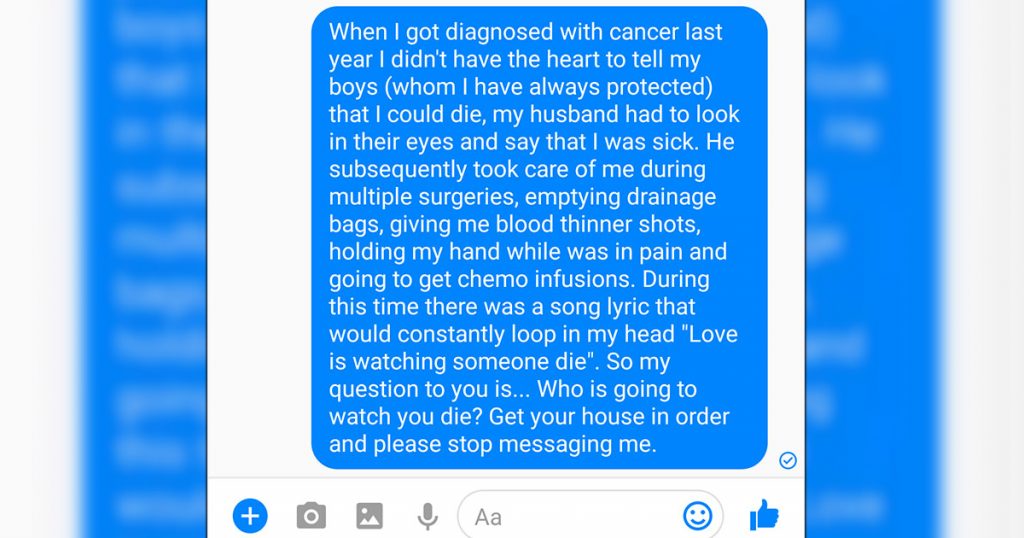 “When I got diagnosed with cancer last year I didn’t have the heart to tell my boys (whom I have always protected) that I could die. My husband had to look in their eyes and say that I was sick. He subsequently took care of me during multiple surgeries, emptying drainage bags, giving me blood thinner shots, holding my hand while [I] was in pain and going to get chemo infusions. During this time there was a song lyric that would constantly loop in my head: ‘Love is watching someone die.’ So my question to you is… who is going to watch you die? Get your house in order and please stop messaging me.”

I’m willing to bet the man’s face looked a little something like this when he read her response: 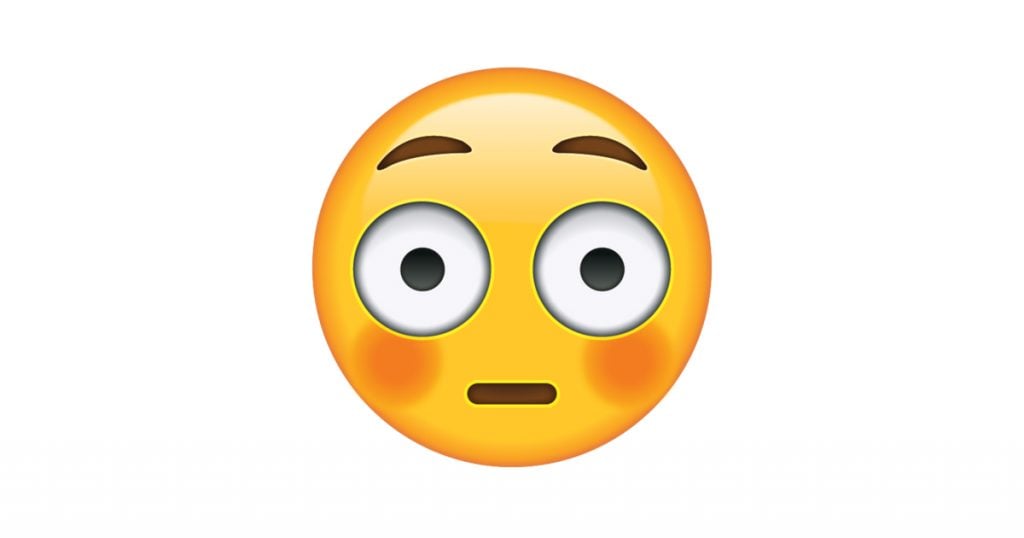 Kudos to this woman for showing this cheater what marriage is supposed to look like. We certainly pray her words will hit their mark and encourage him to reexamine his motives.

“So that they are no more two, but one flesh. What therefore God has joined together, don’t let man tear apart” Matthew 19:6