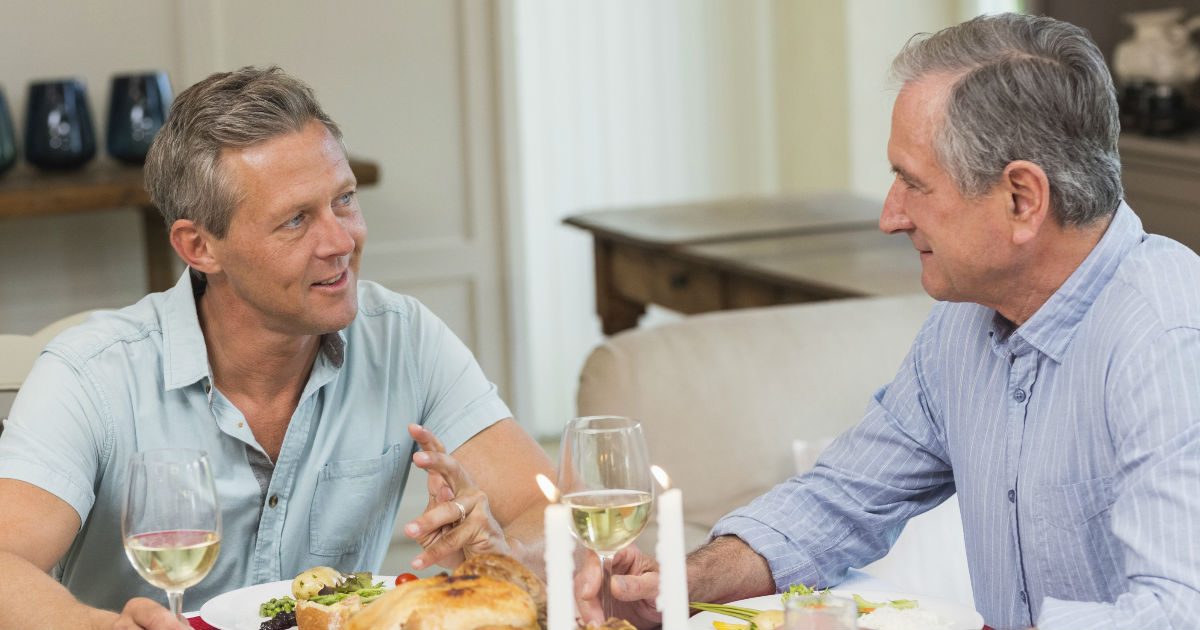 Sometimes you just gotta call ‘em and you see ‘em. And that's what I love about Dr. James Dobson. He doesn't mince words. But rather, he tells it like it is. And he has something to say on the matter of Christian homemakers, which every husband needs to hear. As our society strays further and further away from traditional values, the women focused on raising their family on biblical principals need to be supported by a husband dedicated to being the spiritual leader of the household.

Here's what Dr. Dobson has to say on the matter:

It is high time you realized that your wives are under attack today! Everything they have been taught from earliest childhood is being subjected to ridicule and scorn. Hardly a day passes when the traditional values of the Judeo-Christian heritage are not blatantly mocked and undermined.

–The notion that motherhood is a worthwhile investment of a woman’s time suffers unrelenting bombardment.

–And the idea that wives should yield to the leadership of their husbands, as commanded in Ephesians 5:21–33 is considered almost medieval in its stupidity.

–And the concept that a man and woman should become one flesh, finding their identity in each other rather than as separate and competing individuals, is said to be intolerably insulting to women.

–And the belief that divorce is an unacceptable alternative has been abandoned by practically everybody. (Have you heard about Sue and Bob?)

–And the description of the ideal wife and mother, as offered in Proverbs 31:10–31 is now unthinkable for the modern woman. (She’s come a long way, baby.)

–And the role of the female as help-meet, bread-baker, wound-patcher, love giver, home builder, and child-bearer is nothing short of disgusting.

All of these deeply ingrained values, which many of your wives are trying desperately to sustain, are continually exposed to the wrath of hell itself. The Western medi — radio, television and the pres — are working relentlessly to shred the last vestiges of Christian tradition. And your wives who believe in the spiritual heritage are virtually hanging by their thumbs! They are made to feel stupid and old-fashioned and unfulfilled, and in many cases, their self-esteem is suffering irreparable damage. They are fighting a sweeping social movement with very little support from anyone.

Let me say it more directly. For the man who appreciates the willingness of his wife to stand against the tide of public opinion — staying at home in her empty neighborhood in the exclusive company of jelly-faced toddlers and strong willed adolescents — it is about time you gave her some help. I’m not merely suggesting that you wash the dishes or sweep the floor. I’m referring to the provision of emotional support…of conversation…of making her feel like a lady…of building her ego…of giving her one day of recreation each week…of taking her out to dinner…of telling her that you love her. Without these armaments, she is left defenseless against the foes of the family — the foes of your family!

But to be honest, many of you husbands and fathers have been thinking about something else. Your wives have been busy attending seminars and reading family literature and studying the Bible, but they can’t even get you to enter a discussion about what they’ve learned. You’ve been intoxicated with your work and the ego support it provides.

What better illustration can I give than the letter quoted on page 94. It came from a desperate woman whose husband is rarely at home, and even when he’s there he has nothing to say. He prefers the company of Paul Harvey, who asks no questions and expects no answers. Furthermore, he’s a first-class "punkin eater.” You know the story.

Had a wife and couldn’t keep her

Put her in a punkin shell

And there he kept her very well….

Yeah, Old Pete has got his little woman right where he wants her. She’s cooped up in a house with two children under three years of age, changing diapers and wiping noses and cooking meals for him and Mr. Harvey. That’s some existence for living, breathing, female with deep needs to be loved and respected. Not only does Peter not intend to meet those needs, but he forbids her to take them elsewhere. He doesn’t even want her to go to a Bible study class because, would you believe, he fears his kids will catch a disease. Never mind the disease that is choking the life out of his wife — the disease called loneliness. To the wives of all the world’s punkin eaters, I say, “Go to the Bible study class anyway!” Submission to masculine leadership does not extend, in my opinion, to behaviors that will be unhealthy for the husband, the wife, and the marriage. Nor should a woman tolerate child abuse, child molestation, or wife beating.

The message could not be more simple or direct to a Christian man: the Lord has commanded you to “love your wives, even as Christ loved the church, giving His life for it.” She needs you now. Will you fit her into your plans?

What a motivational message from Dr. James Dobson! Let us pray that more and more families will turn to the Bible to learn the Godly definition of marriage. Let’s pray that husbands and wives will work together, putting Christ at the center of their relationship and family.

“Wives, submit to your husbands, as is fitting in the Lord. Husbands, love your wives and do not be harsh with them.” Colossians 3:18-19