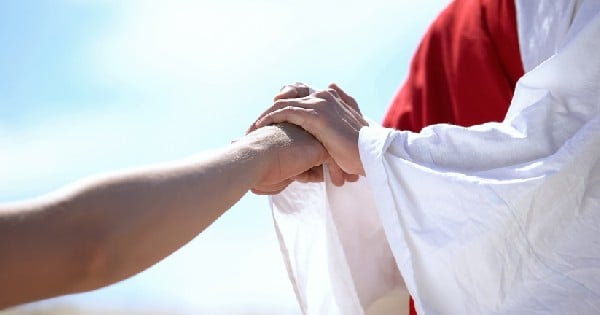 A Mother’s Baby Boy Was Born Dead . . . Until JESUS Held Him In His Hands!
Read Article »

We all know that all babies are little gifts from God. But the timing of baby Mae’s birth makes her delivery downright miraculous!

When Jenny Purvis went to her doctor for a routine prenatal visit at 27 weeks pregnant, she had no idea of the journey that would soon follow.

Jenny had no idea what loomed on the horizon for her was a C-section delivery of a 2Â½-pound baby girl, the removal of two large tumors, an ovarian cancer diagnosis, six rounds of chemotherapy and an impending hysterectomy!

But at an appointment in early June, Jenny Purvis was admitted to the hospital with high blood pressure.

In addition to her elevated blood pressure, an ultrasound soon revealed that the placenta was no longer receiving blood flow–Jenny had to have an emergency C-section to save her little one’s life.

“She was beautiful, but little,” she said of her newborn, Mary Ella “Mae” Purvis. “It was scary. But she was already crying, which was a good thing.”

The next hurdle Purvis faced was attention to what appeared to be cysts that her doctor had been monitoring during the pregnancy.

“We thought they were getting smaller,” she said.

Her doctor addressed the spots during the C-section surgery, removing two large tumors and most of both ovaries.

“I guess I was pretty naive,” Purvis said of her appointment with an oncologist four weeks later. “The doctor came in and said it was ovarian cancer. I didn’t think about a 29-year-old getting ovarian cancer.”

At that point, a whirlwind of emotions began. With Baby Mae still in the hospital in the NICU, or neonatal intensive care unit, the Purvises stayed close by at the Ronald McDonald House.

“Mae didn’t have any major problems or complications in NICU, but she was just so small,” Purvis said. “She was getting bigger each day and had some apnea spells because she was still learning to breathe.”

The Purvises continue to be amazed by the outpouring of love and support by family and friends. “It’s been quite a journey,” she said. “We’ve had so much love and support from this community.”

Mae came home from the hospital on Aug. 25 and currently tips the scale at 10 pounds. Jenny still has two more chemotherapy sessions left, and when her body has time to rest from that, she will need a hysterectomy surgery.

Jenny hopes to return to her teaching position at the beginning of the new year.

“We feel so fortunate in so many ways, despite the circumstances. It’s definitely changed me. I don’t sweat the little stuff anymore. We don’t take anything for granted.”

“We cherish being home now, we were away from home for so long.”

“This is not how we saw our first pregnancy going, but it’s definitely brought all of us closer,” she continued.

“We’re just counting our blessings. I feel blessed that I have my beautiful baby, our little miracle. We call her Miracle Mae. She came to save her Mama.”

Purvis knows that the outcome could have been completely different for her baby, as well as for her, if not for the perfect timing of the delivery.

“Whenever we call her Miracle Mae, she just grins,” Purvis said.