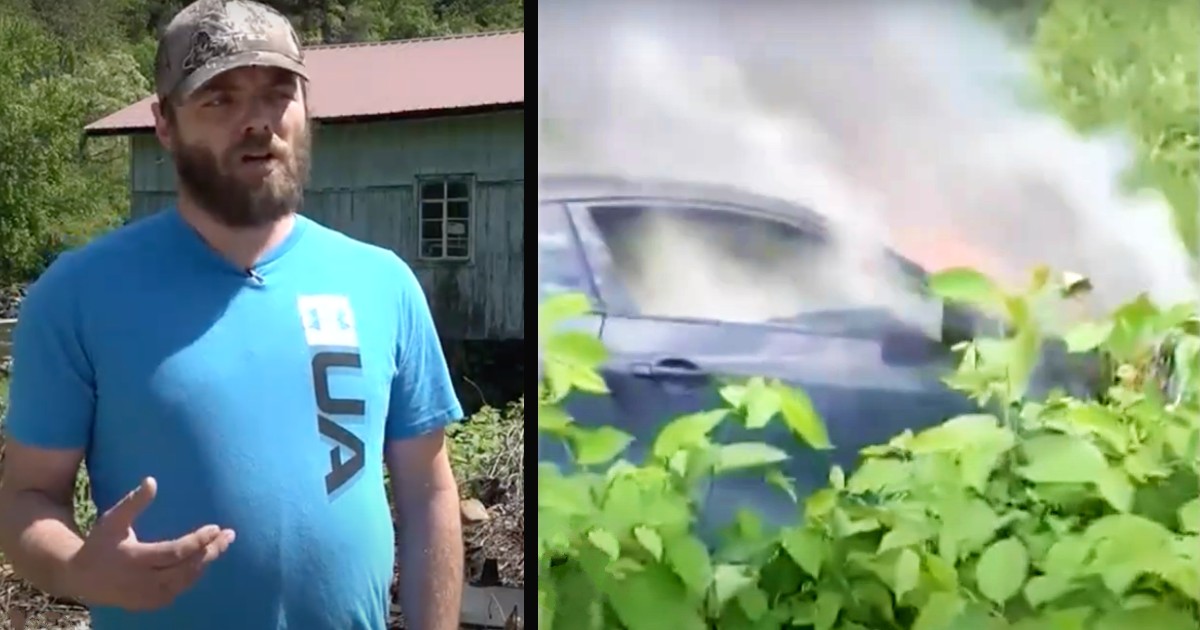 It is hard to imagine there being any greater anguish than being the parent or grandparent of a missing 3-month-old baby. That's the torture precious Brandon Cuellar's mother experienced after he was kidnapped while in the care of his grandmother.

Baby Brandon was staying with his grandmother of San Jose, California, when the incident took place. The two returned from shopping, and as his grandmother unloaded groceries, someone took Brandon.

RELATED: Rescuers Rejoice Over Missing Infant Found Alive And Say It's Nothing Short Of A Miracle

It was the next day before Brandon was located, but, fortunately, the detective work done early on brought about a safe and happy reunion of mother and son approximately 20 hours after the 3-month-old baby went missing

Officers are currently working this incident. The male you see in these images captured from a surveillance camera entered a residence in the 1000 block of Elm St.

He left with a 3 month old baby. The family does not recognize this suspect. pic.twitter.com/BJ0R44JOP2

Detectives shared the footage on Twitter and provided tip numbers. In addition, they interviewed 43-year-old Yesenia Ramirez, initially thought to be a potential witness.

Yesenia, who attends the same church as Brandon's family, had shopped with Brandon's grandmother that day. And she was at the apartment complex at the time of the kidnapping. Sargeant Christian Camarillo explained how Yesenia became more than a mere witness in the search for the missing 3-month-old.

"Quickly, that moved into a person of interest, and then a suspect. There were some inconsistencies with the story she was giving us. Obviously, our detectives did a good job of pointing out the inconsistencies she was sharing."

Rescuers took the missing 3-month-old to the hospital after locating him. Doctors checked Brandon out and found him unharmed. As grateful as his mother is to have her missing 3-month-old home and safe, the investigation has turned up even more disturbing information since he returned.

RELATED: Mom Instantly Starts Crying When She Gets Word Her Baby Boy Is Safe After Missing For 36 Hours

Evidence found shows that this was not the first kidnapping attempt. In fact, Yesenia and a male working with her, 28-year-old Jose Portillo, had tried to abduct Brandon on two prior occasions!

Charges have been filed against the two, and they will likely face considerable jail time. Thankfully, Brandon was brought home safely. And while Baby Brandon will never remember the terrifying day he was nearly taken from his mother forever, she will never forget!

3/ The baby is Brandon Cuellar, 3 months old. He was wearing a white long sleeve onesie with dinosaurs on it. pic.twitter.com/qMVUOmW8Oo

Thank goodness for the work of law enforcement on that fateful day. Thank God for the hedge of protection that He provided!

YOU MAY ALSO LIKE: Missing 3-Year-Old Found Alive And The Man Who Found Him Says It Was All God

"The evil deeds of the wicked ensnare them; the cords of their sins hold them fast." Proverbs 5:22