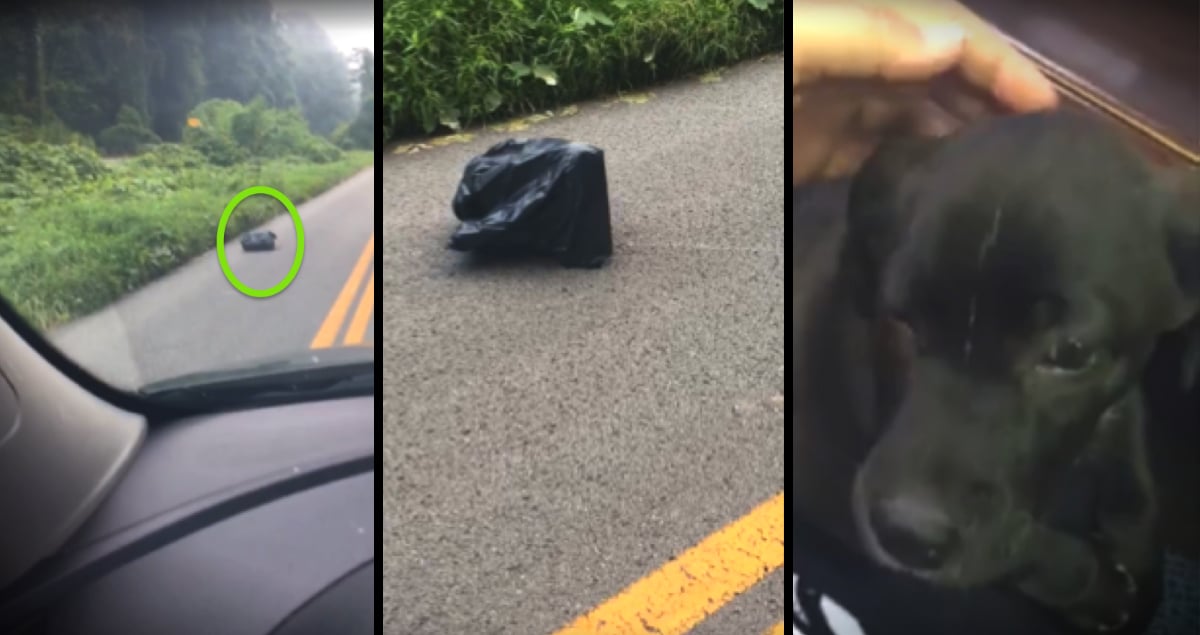 A picture of three firefighters raising the American flag amidst the aftermath of the terrorist attacks on September 11, 2001, became a beautiful symbol of hope. However, the flag — now called the Ground Zero flag — went missing soon thereafter. Its whereabouts remained a mystery for well over a decade. But miraculously, the missing flag is now back where it should be! 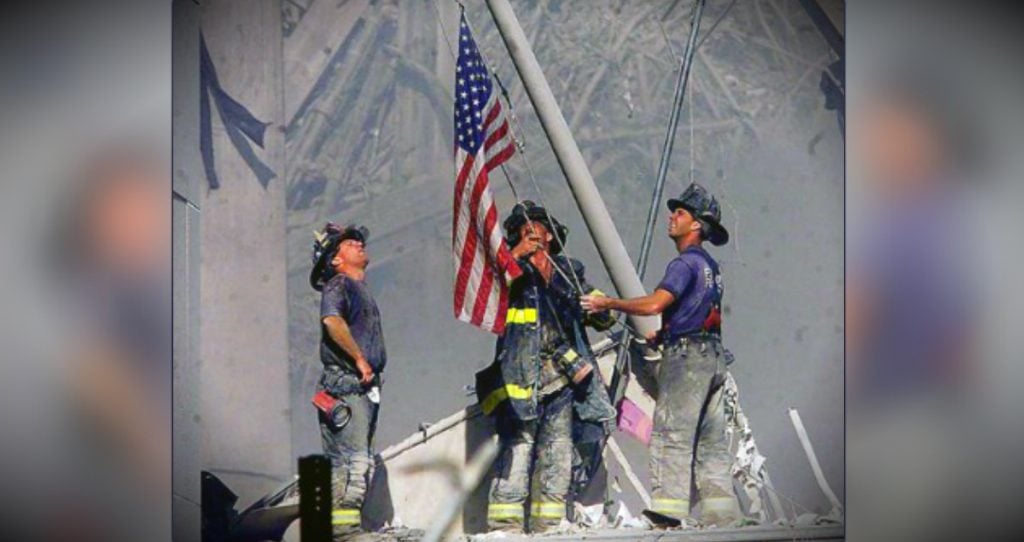 A Light In The Darkness

The original Ground Zero flag came off of a yacht docked in lower Manhattan. Then, in the wake of destruction caused by the attacks, three firefighters hoisted it over the remains of the World Trade Center.

Tom Franklin, a photographer for the New Jersey newspaper, The Bergen Record, is the one who captured the now-famous picture.

“The symbolism of what they did in raising that flag resonates with people,” he said. 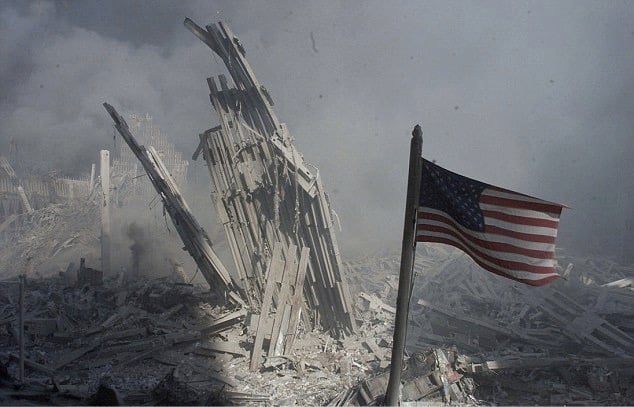 But video footage of the area taken just five hours after the photograph shows the flag missing from the flagpole.

RELATED: Police replace the American flag for a WWII veteran’s widow after hers is stolen

The disappearance of the Ground Zero flag was kept quiet for quite some time. In fact, a larger sized flag secretly replaced it at various 9/11 memorial events.

It remains a mystery as to how the original flag went missing. But thankfully, soon after a television episode of Brad Meltzer’s Lost History on The History Channel highlighted this strange case, the original Ground Zero flag was returned!

WATCH: Mystery of the Missing 9/11 Flag is Solved

What Once Was Lost Now Is Found

Shortly after the episode aired, an anonymous man known only as “Brian” showed up at a fire station in Everett, Washington to turn in the missing artifact. Brian identified himself as a Marine who had served in Iraq. He claims a widow of a victim from the 9/11 attacks had the flag first. She reportedly gave the flag to the National Oceanic and Atmospheric Administration (NOAA), who in turn gave it to Brian on Veterans Day in 2007. 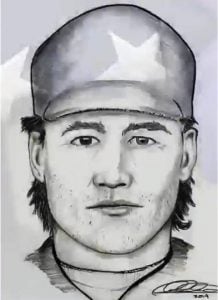 A sketch of “Brian,” the man who returned the missing flag Credit: Everett Police Department

Brian had seen Brad Meltzer’s episode about the disappearance of the Ground Zero flag. And after watching the show, he felt compelled to return it.

RELATED: A lost camera with wedding pictures on it is returned to a widowed bride

From there, Everett investigators thoroughly examined the flag, to ensure it wasn’t a phony. 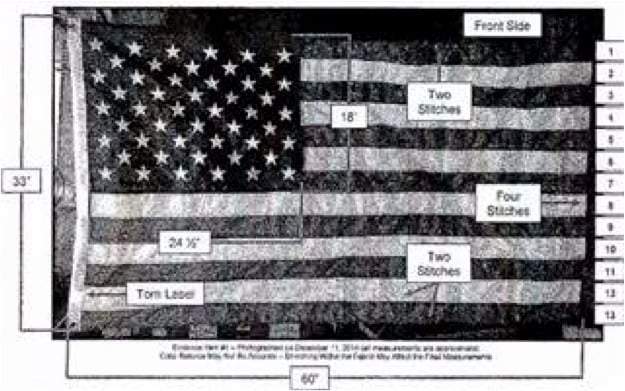 Specialists, files from the original photograph, and The History Channel helped to confirm the flag’s authenticity.

And once its authenticity was verified, the Ground Zero flag was turned over to the 9/11 Memorial & Museum. Now, after well over a decade of missing, it’s a true blessing to see such a beacon of hope returned to its rightful place near Ground Zero.

“Trust in the LORD with all your heart and lean not on your own understanding; in all your ways submit to him, and he will make your paths straight.” Proverbs 3:5-6

LISTEN: A piece of rubble from 9/11 is uncovered with a Bible verse fused to it! 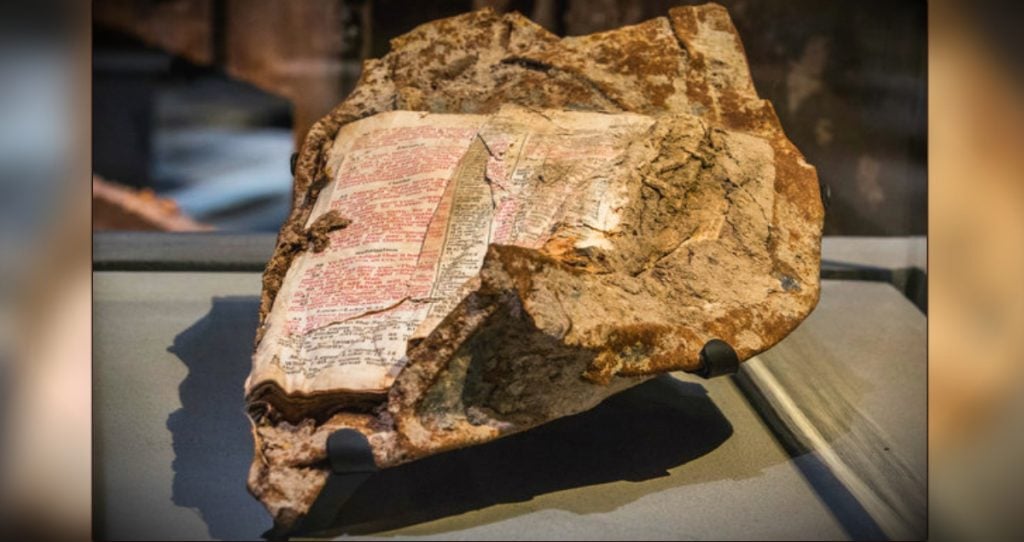