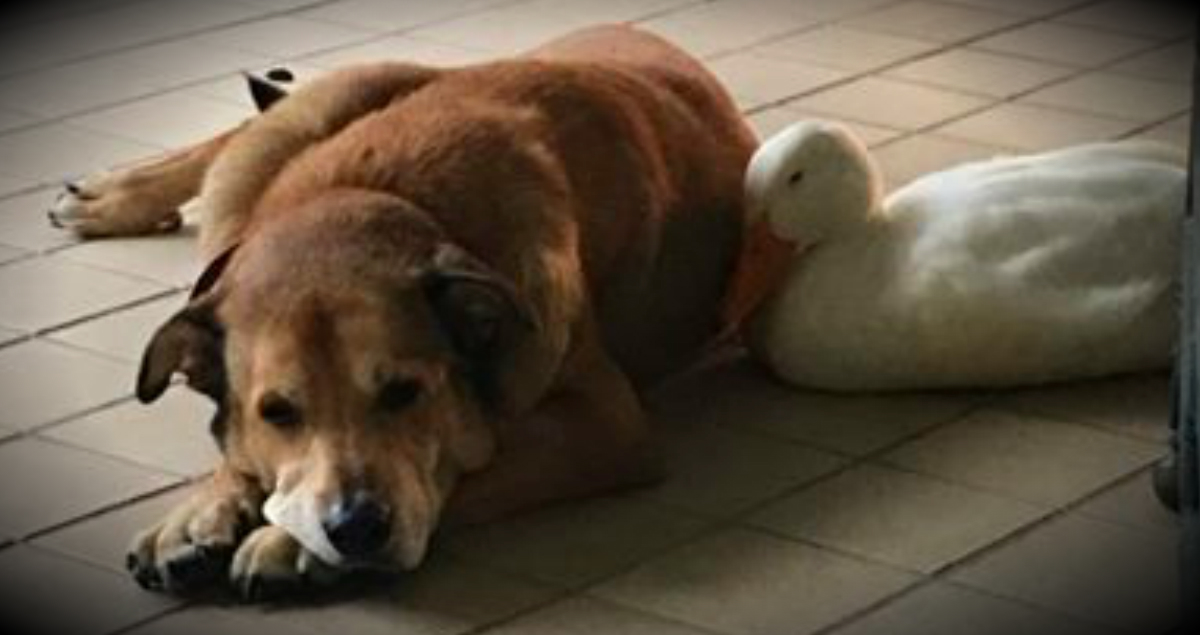 Grieving Dog Was Ready To Give Up, Until An Unlikely Friend Showed Up
Read Article »

She Found This Abandoned Puppy Just In Time!

God certainly works in mysterious ways. Malissa Sergent Lewis was late for work one morning, so she decided to take a shortcut down some back roads. And had she not, she’d have never come to the rescue of an abandoned puppy tied up in a trash bag! 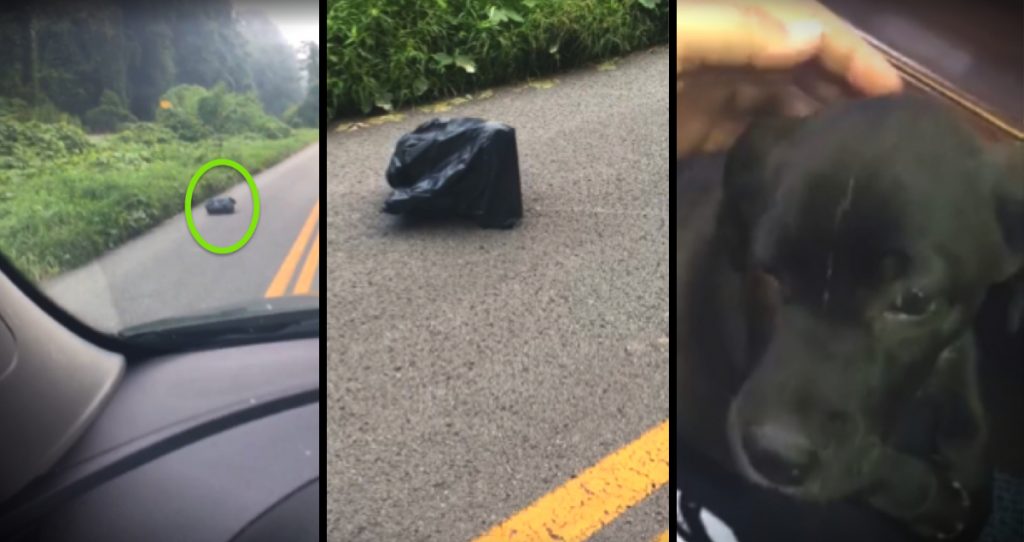 Malissa probably didn’t feel like it was a blessing when she found herself running behind one morning. She needed to get to the elementary school where she worked in Kentucky, so she decided to take some back roads to try and make up some of the time she’d lost. And God put her right where she needed to be!

During her drive, Malissa couldn’t help but notice a trash bag in the middle of one of the country roads. And the harder she looked, the more disturbed she became by the fact that the trash bag was moving!

“I saw this trash bag in the road, and I thought to myself, ‘Did I just see that bag move?’ The closer I got, I realized it was moving,” she explained. “I could hardly wrap my mind around that. Something was alive in that bag, and I just knew I had to get whatever it was out.”

Melissa used her cell phone to capture the shocking sight on video.

Even though she was in a hurry, Malissa knew she had to see what was inside the bag. Unsure of what she might find, Malissa cautiously tore a corner and peeked inside. And what she found was heartbreakingly cruel.

Inside Malissa found an abandoned puppy — tied up in a trash bag and left for dead in the middle of the road.

“And he sure was glad to see me,” she said. “As soon as I opened it up, and he saw light, he just started wagging his tail. He knew he was OK. I couldn’t believe it.” 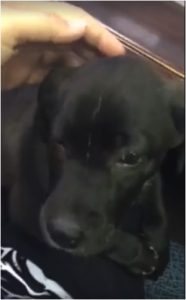 The puppy had on a collar, but there was no tag or identification. So, Malissa decided the poor thing would just have to come to work with her!

“I just put him in my lap and drove to school,” she said. “I couldn’t just leave him in the car, so I brought him in with me. The principal saw me and said, ‘You have a dog!’ I said, ‘It’s a long story.'”

RELATED: Man finds a dog in a trash bag

Making Sure He Was Ok

Malissa called her son, who came and and took the puppy to the safety of their home. After work, Malissa took her new furry friend to the vet to make absolutely sure he was ok. The vet gave the pup a clean bill of health, and they went ahead and gave the little guy all of his shots. 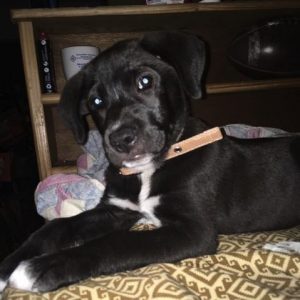 Malissa notified the authorities, who are investigating the case, but it’s unlikely they’ll be able to confirm exactly what happened. But the act was incredibly cruel, whether the original owners are to blame or the dog was stolen and then put in the trash bag.

“Who could do something like that to any animal? I don’t care who you are; everybody loves puppies,” she said. “It’s a real cold-hearted person to put an animal, any animal, in a garbage bag and dump it on the side of the road. They had bad, bad intentions doing that.”

Which is undoubtedly why God put the tender-hearted Malissa in the pup’s path! 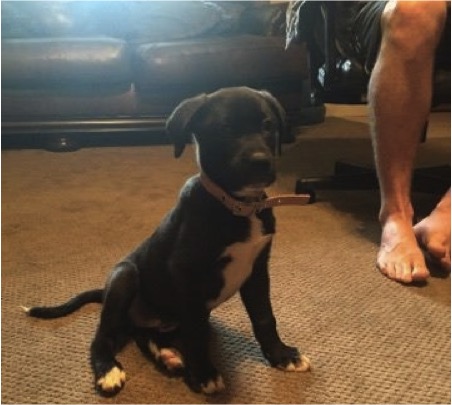 Malissa and her family formed an instant bond with the pup they now call “Hefty,” as a nod to how Malissa found him. And this sweet little angel is right where he is supposed to be!

“We all love the puppy,” Malissa said. “He’s going to be loved, and have a good home with us. I’m just glad I was in the right place at the right time to save him. That’s what it was.”

RELATED: Two abandoned kittens rescued from the dumpster live a life of adventure 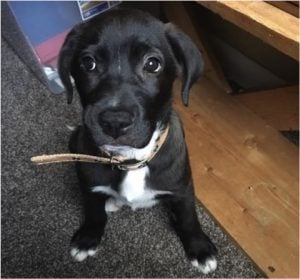 Running late hardly ever feels like a good thing. But God used Malissa’s late start to do something pretty amazing!

“And we know that God causes everything to work together for the good of those who love God and are called according to his purpose for them.For God knew his people in advance, and he chose them to become like his Son, so that his Son would be the firstborn among many brothers and sisters.” Romans 8:28-29

A heroic UPS driver came to the rescue for this tiny pup! 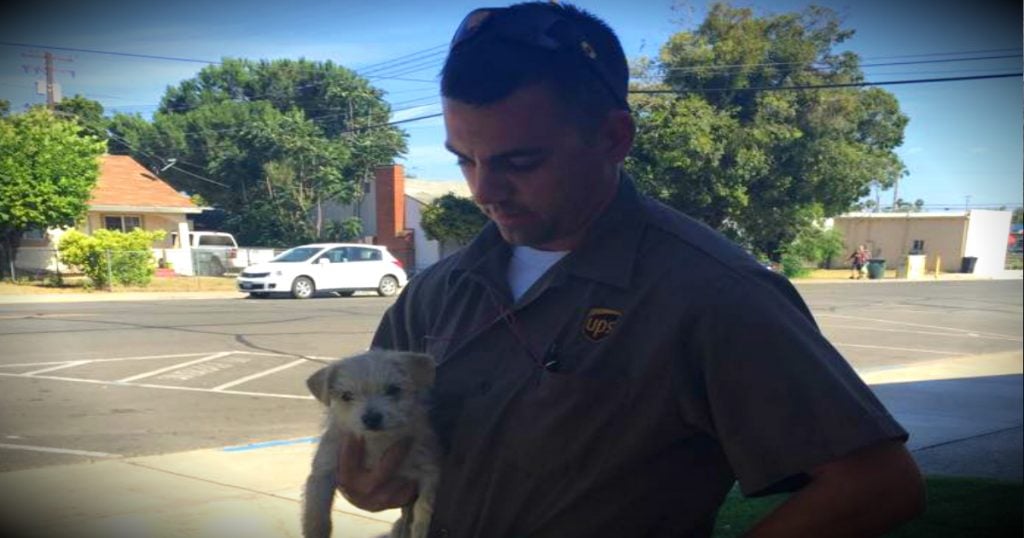