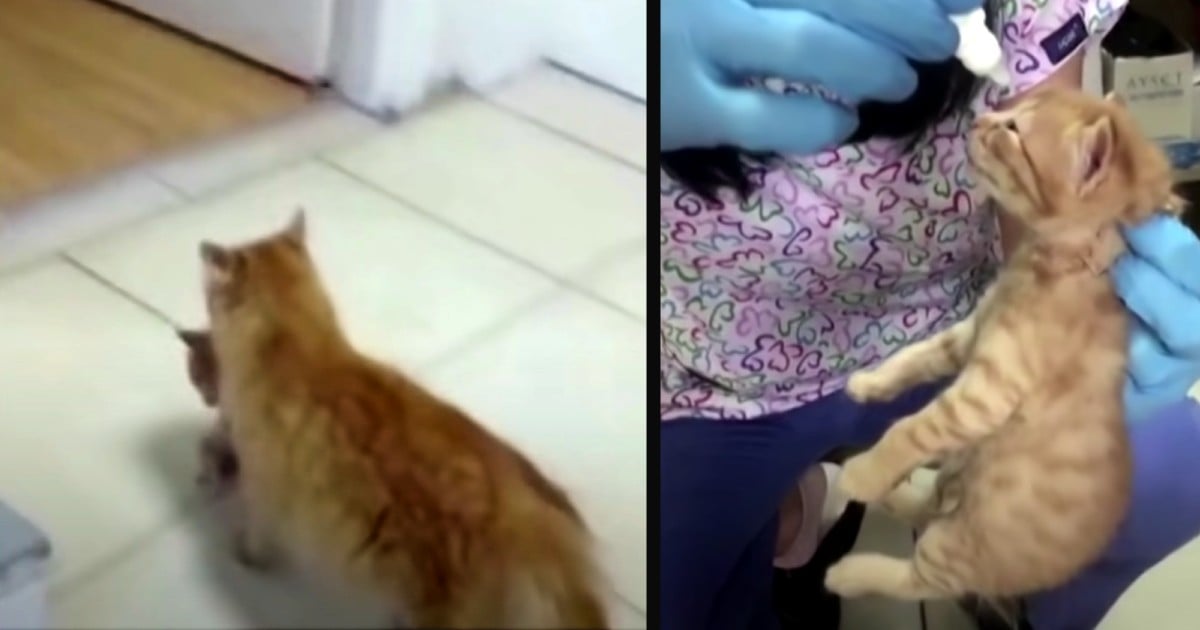 A mother bear protecting her cubs tries carrying them one by one across a busy highway. But her adorable little ones had other plans!

At the start of the video, you see a mother bear and her four little cubs. She then picks one up in her mouth and walks across the road while another cub runs playfully behind her. And a line of cars is stopped to let the mother bear cross safely with her cubs.

RELATED: Astounded Family Looks Into Their Backyard And Sees Bears In The Swimming Pool

Once they cross the street, another cub bravely prances across the highway to join his family on the other side. The last cub does not seem to want to cross and starts to climb up a tree on the side of the street that he is on.

"They followed her back!" shouts the person in the car who is recording the video.

The mother bear is now trying to wrangle both of the cubs but can only fit one in her mouth at a time.

RELATED: Man Scolds Bear in a Tree like a Puppy for Eating from Bird Feeder & Folks Are Seriously Impressed

So, she is trying to take turns carrying each of them and hoping that the one that is currently not in her mouth will follow along.

"Go babies, go!" says the person recording. I'm sure the humans that are watching the mother bear wrangle her babies are hoping that she can safely get all of them across the street.

The last two cubs seem to just want to keep running back into the road and play. But the mother bear is persistent and finally gets all of her cubs safely across the street. Hooray!

This just goes to show you that a mother's job is hard work!