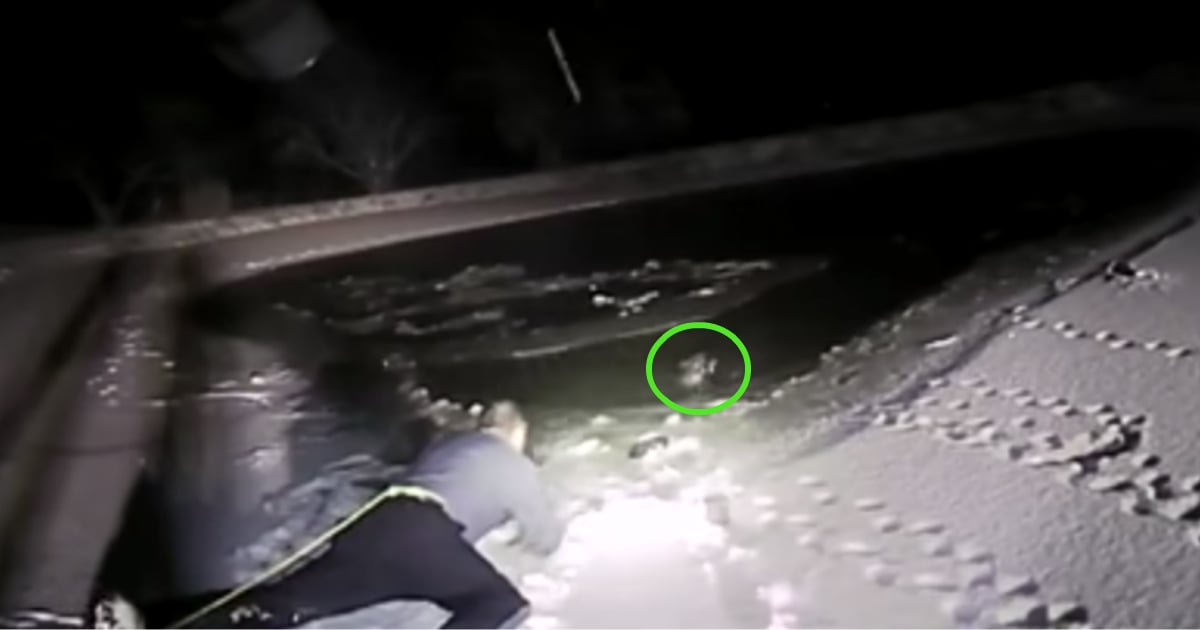 An 8-year-old boy was saved from drowning in a frozen pond on Christmas Day. A sheriffs deputy risked his life by punching through the ice to rescue the boy.

The boy, Jason, was chasing after his dog who had gone onto the frozen pond when he fell through the ice. The dog made it out but another boy saw Jason fall into the frozen pond. He tried to help pull him out of the water but was unsuccessful. He quickly went to get help and 911 was called.

“We’re in New Harmony, Utah on Old Highway 91 by a pond and a boy just is drowning please send help immediately,” a 911 caller said.

The dispatcher was trying to keep the caller calm. But it had been 15 minutes since the first call to 911. The woman calling in explained that she saw the boy splashing around and then he had gone under the ice.

“We’ve got help on the way right now we’ve got a bunch of County deputies, Life Flight and medical coming from Cedar so they should be there shortly,” an emergency dispatcher answered.

Arriving At The Scene

Sgt. Aaron Thompson was the first responder on scene. He had previous experience on the dive team and knew what their protocol would be. Thompson could see that the window to save the boy was quickly closing.

“I knew time was of the essence, I had a very short window,” Sgt. Thompson said. “I knew exactly what I was getting into when I went into the water.”

That’s when he made the personal decision to go into the water. There was no time to put on protective gear. He removed his police equipment belt and entered the water. A woman showed Thompson where she had last seen the boy’s hand appear and he made his way towards it.

“I went in a few feet where I knew I’d be in about my waist when I started stomping on the ice to do the initial break through the ice where I could get back on it.” 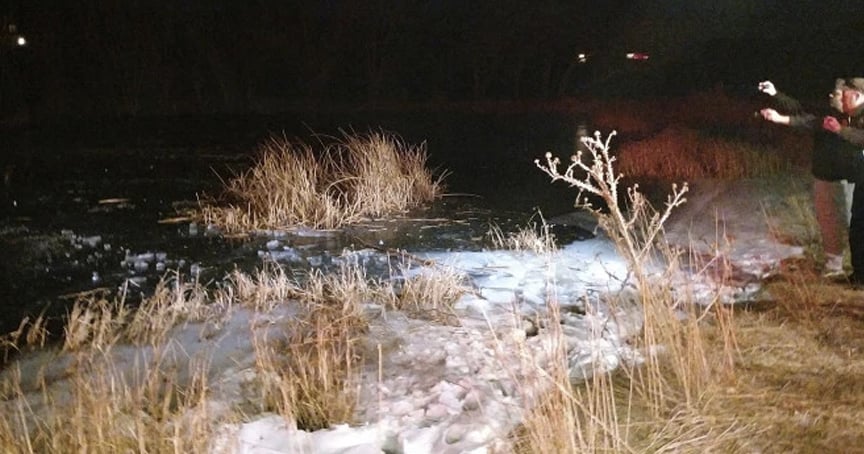 Desperation To Find The Boy

At this point, Jason had been under the water for about 30 minutes. Thompson began punching through the ice to make a way closer to where the boy was last seen –– about 25 feet from shore. When the ice was too thick to punch with his fists and arms, he crawled back on it to break through.

"Those people were standing on the shore and looking over at me," Thompson said. "I remember what it was like going to the shore and telling people I wasn't able to rescue their child. I gave it that one extra pass to try to find that little boy."

Thompson’s past on the dive team had prepared him for what might occur. He was determined to find this boy and make the rescue count.

“Using my tip toes floating in the water about my neck I couldn’t touch the bottom but I could feel the reeds so I had a good chance moving my arms eventually I was going to bump into him.”

While others stood on the shore and encouraged Thompson, he continued through the frigid waters to locate the boy.

He called out, "Come on, little buddy, where are ya?" though he knew the boy couldn't hear him.

In one last effort, Thompson dove into the water and bumped into the boy under the ice.

"Once I saw his face, I pulled his head out of the water," Thompson shared. "I was desperate."

Struggling against hypothermia’s effects, Thompson began to pull the boy back to shore. The boy was lifeless at the time. Thompson called out to the paramedics to let them know he had the boy.

Recovering After The Frozen Pond

The pair were immediately treated by emergency personnel waiting nearby. Thompson suffered from severe hypothermia and deep cuts to his hands and arms from the ice. It also appears he may have suffered nerve damage from the experience.

"I was in bad shape," said Thompson 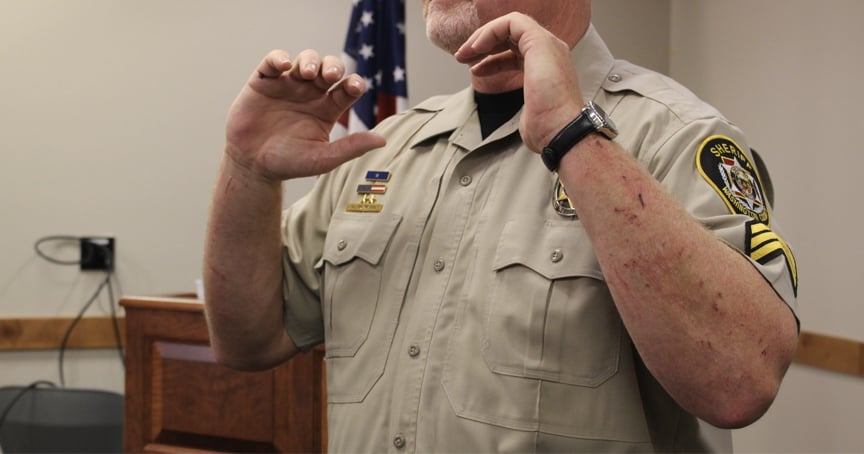 Thompson shared that the cold water actually worked to the boy’s favor.

“The temperature of the water was huge in this case to help that boy recover. The colder it is, the longer we have (to find him),” he said.

The boy was rushed to the hospital where he was being treated in the adjacent room to Thompson. A recent update shared more about his current condition.

"Jason is reported as being awake and coherent, responding to questions from family and hospital staff. The father said Jason's situation has been an example to their family that ‘God hears and answers prayers,' " the Washington County Sheriff's Office said in a statement.

Many declare Thompson a hero for his actions in the frozen pond, but he is quick to point out that it was a team effort.

YOU MAY ALSO LIKE: Her House Was On Fire Then A Hero Broke Down Her Door To Rescue Her