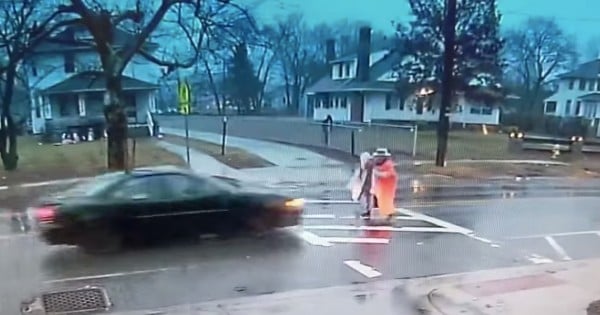 When one of the worst child abuse calls came into the Poteau Police Department, God made sure Jody Thompson responded. Jody not only rescued an 8-year-old child from unimaginable horror, but the heroic officer adopts the boy, too!

In April of 2015, Jody Thompson had just pulled into work at the Poteau Police Department in Oklahoma when a call went out.

A concerned citizen reported a couple feared to be killing their child. As a former soldier and with 16 years on the police force, Jody knew the situation didn’t sound good. So, he decided to head over and help out.

“I thought I would respond to the call with on-duty officers to see if I could give any kind of assistance,” he said.

But nothing could have prepared him for what lurked behind the home’s door.

Jody Thompson and his fellow police officers broke into the house to find a terrified 8-year-old boy bound at the wrists and ankles by rope.

The poor boy, named John, was covered in bruises and nearly starved to death. The heart-wrenching scene tore at Jody’s heart.

The officer wasn’t on this scene by chance. Through divine intervention, God had led him to his future son.

As they rushed John to the hospital for treatment, Jody remained by his side. The terrified boy kept repeating the words, “They’re gonna kill me.”

But officer Jody Thompson wasn’t going to let that happen.

"I promised him ‘Nobody's gonna hurt you anymore, you're with me,'" he told John.

As John spent time in the intensive care unit healing, Jody stayed with him. And it became clear very quickly that God had brought this police officer and abused boy together for a reason.

Jody told his wife, Jeannie, about the special boy he’d met, along with the horrifying things John had endured.

“He did not have a spot on his body that didn’t have a bruise or abrasion,” Jody said. “It was the worst thing I’ve ever seen.”

Both Jody and Jeannie agreed. John needed them. The couple, who already had a 15-year-old son and an 8-year-old son, welcomed John into their family with open arms.

Just a few days after John joined the Thompson family, Jeannie found out she was pregnant!

“But the story gets even more incredible,” Jody says.

God still wasn’t done. Months after this officer adopts the boy he rescued, he got a call from the Oklahoma Department of Human Services (DHS). While in jail, John’s biological mother gave birth to a baby girl.

Again, John and Jeannie just knew this child was meant to be theirs.

“We literally picked her up in the hospital the next day when she was a day old and brought her straight home,” Jody said. “Never in my life did I dream of having a large family, but God had different plans and so here we are. And I’m loving it all.”

WATCH: Officer Adopts The Boy He Saved From Child Abuse

We live in a broken world where evil very much exists. Poor John spent the first 8 years of his life experiencing evil firsthand. But then God brought John and Jody together.

Life for John now looks nothing like it did before. Both he and his sister are now a part of a loving family. And that’s helped John heal from the horrible trauma from his past.

Now, John is a straight-A student. He’s on the honor roll, involved in the drama team, and part of the gifted and talented program. With a loving, nurturing home, he’s thriving.

As grateful as John is, his new family is just as blessed by him and his sister.

“He means everything in the world that we live in,” Jody said. “He’s the strongest person I’ve ever met. He means the world.”

YOU MAY ALSO LIKE: Nurse Adopted Abandoned Baby With Rare Birth Defect

Seeing how God brought this family together is truly amazing. It’s a powerful reminder that when we see the injustices of this world, God can use us to be the answer!