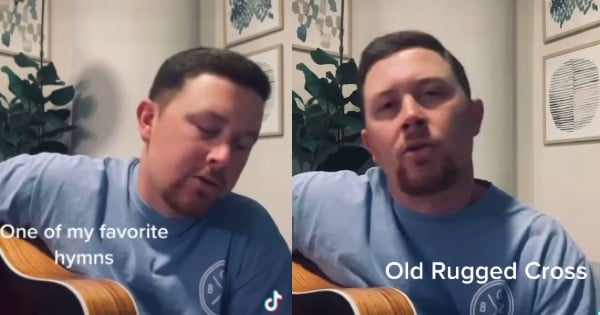 Harry Connick Jr. wrote the song ‘One Fine Thing’ for his wife, Jill. Now, he’s singing it to her on their 27th wedding anniversary and it makes for such a sweet moment!

Anniversaries are a great way to take a moment to commemorate and honor your spouse. There are chocolates, diamonds, cards, dates, and of course romantic getaways. But what if you wanted to go above and beyond the typical gift ideas?

One man did just that. He took a pen to paper to impress his wife because he has a jazz and blues romantic voice that is subpar to none! Harry Connick, Jr. serenades his wife Jill on their anniversary with the lovely song, ‘One Fine Thing.’

Harry says that as their anniversary approached, he went back to the first memory of his wife Jill.

At the time, Harry was broke and just beginning his career in the music industry. But when he first saw Jill, he knew instantly she was the most beautiful woman he had ever laid eyes on. He felt she was completely out of his league but he had to try to impress her anyway.

Smitten and besotted, Harry introduced himself and gave her an advanced copy soundtrack on a cassette of the score he wrote and recorded for the movie, "When Harry Met Sally."

Jill must've been impressed because the pair have been married for 27 years and have three daughters together!

So, for their 27th anniversary, Harry still wanted to impress his wife. He recorded the song, ‘One Fine Thing,’ which may be one of the best songs in his career. His soft, deep, and silky voice perfectly captures every octave as he croons all the little things he adores about his wife,

And I’m wonderin' what it must be like to be you.

You’re the reason that God rested on day seven."

Don't the lyrics alone make you want to melt in a puddle of jazzy romance? When he surprised his wife, she liked it so much, she listened to the song more than seven times.

No doubt ‘One Fine Thing’ has become an all-time favorite of not only his wife but fans because the video that's about to play has been viewed more than 926,500 times and counting. But do you know the best part about the video? You get to witness Harry Connick Jr. as he sings it to Jill who happens to be sitting in the audience. This might be the world's most romantic anniversary gift.

YOU MAY ALSO LIKE: Harry Connick Jr. Song ‘Alone With My Faith' Details How The Singer Found Comfort In God

"Arise, my love, my fair one, and come away; for now the winter is past, the rain is over and gone. The flowers appear on the earth; the time of singing has come, and the voice of the turtledove is heard in our land.” Song of Solomon 2:12