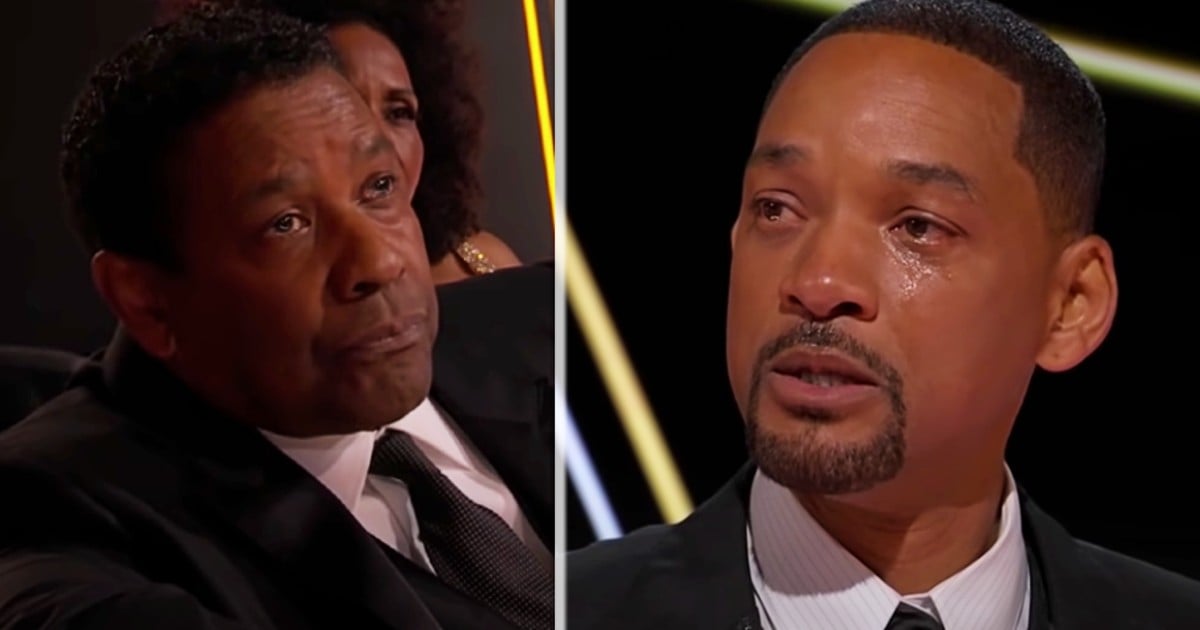 For the first time since the 94th Academy Awards, Denzel Washington is speaking out about the Oscars Will Smith and Chris Rock incident. And what the Christian celebrity has to say is powerful!

In a moment that shocked everyone during the Oscars telecast 2022, Will Smith marched on stage to slap Chris Rock after the comedian made a joke about his wife, Jada Pinkett Smith’s hair.

RELATED: Denzel Washington's Words After Will Smith Slap At Oscars Shows He's The Friend We All Need

Some felt Chris Rock’s comment was relatively mild while others felt it was out of line because Jada Pinkett Smith suffers from alopecia, a health condition causing hair loss. However, nearly all agree there is no excuse for Will Smith’s violent reaction.

In his tearful acceptance speech for the Academy Award for Best Actor, Will Smith recalled the wise words Denzel Washington shared with him following the slap.

"At your highest moment be careful, that's when the devil comes for you," Denzel cautioned.

His words echo the advice found in Scripture, in 1 Peter 5:8:

"Be sober, be vigilant; because your adversary the devil, as a roaring lion, walketh about, seeking whom he may devour"

And now, Denzel is speaking out about his response to the Oscars Will Smith slap incident.

Denzel Washington On The Oscars Will Smith Slap

Will Smith has always looked up to Denzel Washington, saying “He’s always been a mentor for me.” So, in the moments following Will’s inexcusable behavior, Denzel Washington was there to provide counsel.

“No way I could have sat in my seat,” Denzel explained. “That’s just not who I am.”

The Christian celebrity opened up a bit more about the Oscars Will Smith and Chris Rock incident when speaking with pastor T.D. Jakes at the 2022 International Leadership Summit.

Denzel Washington knows all too well that spiritual warfare is very real. And Satan can certainly capitalize on those moments where we are solely focused on our own emotions and aspirations, rather than God’s calling for us.

“There’s a saying when the devil ignores you, then you know you’re doing something wrong,” he told T.D. Jakes. “The devil goes, ‘Oh no leave him alone, he’s my favorite.’ Conversely, when the devil comes at you, maybe it’s because he’s trying to do something right. And for whatever reason, the devil got ahold of him that night.”

Denzel went on to speak about standing in the gap for Will Smith at the Oscars and praying with him after the assault.

“I don’t wanna say what we talked about, but there but for the grace of God go any of us,” he said.

What Will did was wrong and he will have to answer for his actions. But for Denzel Washington, prayer should be the response of those not involved.

“Who are we to condemn? I don’t know all the ins and outs of this situation, but I know the only solution was prayer, the way I saw it, the way I see it,” he said.

WATCH: For Denzel Washington, Prayer Is The Answer

In addition to a formal apology, Will Smith later went on to resign from the Academy, agreeing to “fully accept any and all consequences” for the slap. And while the aftermath of this horrible incident is far from over, we pray for God to reign supreme over the entire situation.

YOU MAY ALSO LIKE: Denzel Washington Says ‘Put God First' In Motivational Speech

"Blessed is the man that walks not in the counsel of the ungodly, nor stands in the way of sinners, nor sits in the seat of the scornful. But his delight is in the law of the LORD; and in his law does he meditate day and night. And he shall be like a tree planted by the rivers of water, that brings forth his fruit in his season; his leaf also shall not wither; and whatever he does shall prosper." Psalm 1:1-3