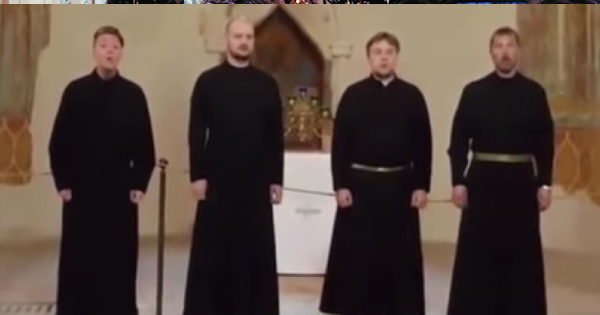 Gerard Pla Daro played the piano in a train station in Paris probably while he waited for his train. The song was already impressive and captivating, but a stranger decided to take it up a notch.

RELATED: 90-Year-Old Couple Shows Up For Their Check-Ups But Wows With A Piano Duet Instead

Acting spontaneously, Nassim Zaouc joined Gerard on the piano. He somehow seamlessly jumped in, and neither of them missed a beat. You can see more people turn their heads in the background at this point.

Passersby were almost transfixed by the piano. I was in awe just watching the video. I didn't have to be there to be absolutely astounded!

The two men are somehow able to improvise the song as they go. The stranger eventually reaches across Gerard and switches sides with him. Gerard went along with this move as if this performance was planned in advance!

They are in time with each other even when one player decides to slow down or speed up. Their song is a once-in-a-lifetime performance. Thankfully, someone got it on camera to share with the world.

Once they finish with a dramatic ending, the crowd erupts with applause. Nassim walked away as if what he just did wasn't incredible! Gerard walks over to give Nassim a handshake for an impromptu duet well-played.

Even if these two fellas passing through this tris train station speak different languages, the beautiful music from their piano duet was able to transcend any language barrier and bring a crowd of strangers together.

YOU MAY ALSO LIKE: Flawless Piano Duet To Disney Song "Go the Distance"

God blesses humans with these talents and proves that His creations are miracles.