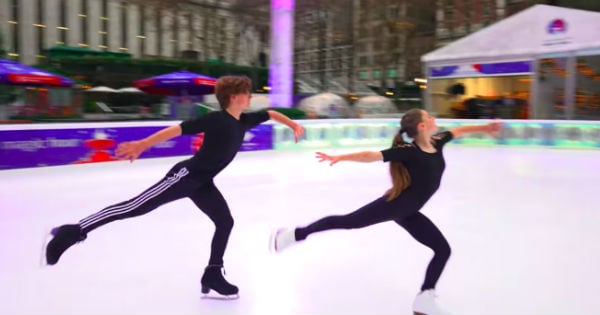 After an angry customer threw a drink at a pregnant fast food worker, a good samaritan went out of her way to make it right.

Those in the food industry understand the difficulty that comes from working with people. No matter how much you try to accommodate, some are never satisfied and never grateful. And make one mistake, and some people are likely to throw a temper-tantrum.

RELATED: God Turns Stranger's $40 Tip for Pregnant Waitress at Waffle House Into So Much More

This situation took place at a Mcdonald’s in suburban Atlanta.

A customer approached the drive-thru window angry, aggressive, and impolite. He threw a drink back at the pregnant fast food worker who handed it to him. Most would find that unthinkable.

Yet, he felt justified. And why? The drink was not what he wanted.

Bryanna was the victim in this incident. She was a pregnant employee just trying to do her job.

The customer next in line who witnessed what happened was Feroza Syed. She's a real estate broker who spoke of the incident via Facebook after things took place on December 4th.

“At drive-thru, guy in front of me threw a soda at the woman b/c it wasn’t what he wanted.” she posted.

“She was crying and covered in ice and soda and syrup. It was so obnoxious to me that I couldn’t even figure out what was happening,” Feroza shared later about the incident. “I’ve never seen anyone behave that way, and I used to work in food services, but especially to do that with everything that’s going on was just awful."

When Feroza approached the drive-thru she offered the fast food worker, Bryanna, a cash tip and offered to call police. Afterwards, Feroza left to get the man's license plate. Upon her return is when she discovered Bryanna was pregnant.

Good Samaritan Goes Above And Beyond

If her care for this employee wasn't enough thus far, Feroza had yet another idea – set up an online registry for Bryanna's baby.

RELATED: Woman Pregnant With Triplets During Quarantine Gets An Unconventional Baby Shower

“I thought, let me do something nice for her. When I walked in the first time, she was covered in syrup all over her shoes, pants, and shirt, so I assumed maybe I could raise $300 or $400 for her to buy something nice or get her hair done or something, but by 24 hours later people had donated $1,700."

“She’s just obviously going crazy with joy. We’ve become friends through this, and it’s just insane to see such love and joy and happiness.”

The new duo spent time together and posted a number of photos to Facebook.

On Facebook, Feroza wrote, "When we talk about how to give back to our essential workers who put their lives on the line, feeding, housing, shopping, and providing healthcare for us remember that anyone can do what I did. A majority of our donations were under $25, $10 and $5. Every bit adds up and COVID has stressed many of our essential workers to a breaking point."

Feroza's act of support for the pregnant fast food worker grew into something greater. Thank God for the Good Samaritans around us when we need help. Sometimes we just never know how someone is going to support us and in the most unexpected of situations.

YOU MAY ALSO LIKE: Pregnant Waitress Cries When She Sees $900 Tip Left By Customer

"A friend loves at all times, and a brother is born for adversity." Proverbs 17:17