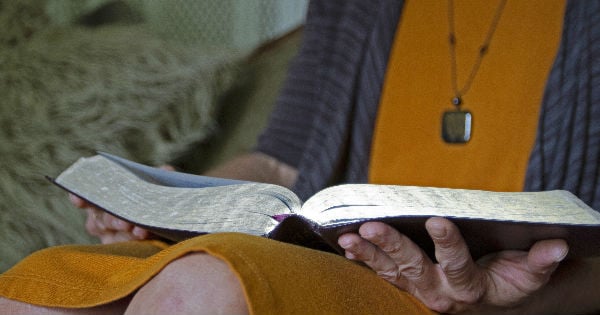 The giant Bible used by Joe Biden at the Presidential Inauguration Day has a long history. Here’s the story behind this 127-year-old family heirloom!

Inauguration Day on January 20, 2021, follows an especially heated presidential election. But this story is in no way intended to be political. Regardless of how you feel about the candidates or the election results, we hope you’ll enjoy the story behind Joe Biden’s family Bible!

RELATED: Bizarre Facts About U.S. Presidents That Sound Unbelievable But Are True

In 2021, the Presidential Inauguration Day sees Joe Biden sworn in as the 46th President of the United States. At the ceremony, Biden brings along with him a giant Bible — one that dates back 127 years.

The 5-inch thick Bible has been in the Biden family since 1893. And Biden used the book at the ceremony swearing him in as a senator in 1973.

Since that day, Joe Biden has brought the family Bible with him for every one of his inaugurations. And the tradition continued with the Presidential Inauguration Day.

“It’s just been a family heirloom on the Biden side of the family, and every important date is in there,” he explained. “For example, every time I’ve been sworn in for anything, the date has been on that and is inscribed on the Bible.”

RELATED: Hymns of Our Fathers – 19 of Our Presidents' Favorite Worship Songs

The Bible comes from Biden’s father’s side of the family. And apparently, it was even the cause for delay at the 2009 senatorial inauguration. Biden couldn’t find the family Bible and wouldn’t return to the swearing-in ceremony until he finally got his hands on it!

Biden’s late son Beau, who passed away in 2015 from brain cancer, used the Bible — which features a large Celtic cross on the cover — when he was sworn in as attorney general of Delaware.

During the Presidential Inauguration Day, Joe Biden takes on a huge responsibility. But as he places his hand onto a family Bible that’s been around for more than 100 years, what a powerful reminder that God’s Word has been around even longer.

YOU MAY ALSO LIKE: 8 Things Americans Can Pray For To Bring Our Nation Back to God

And it’s His will that reigns over all!