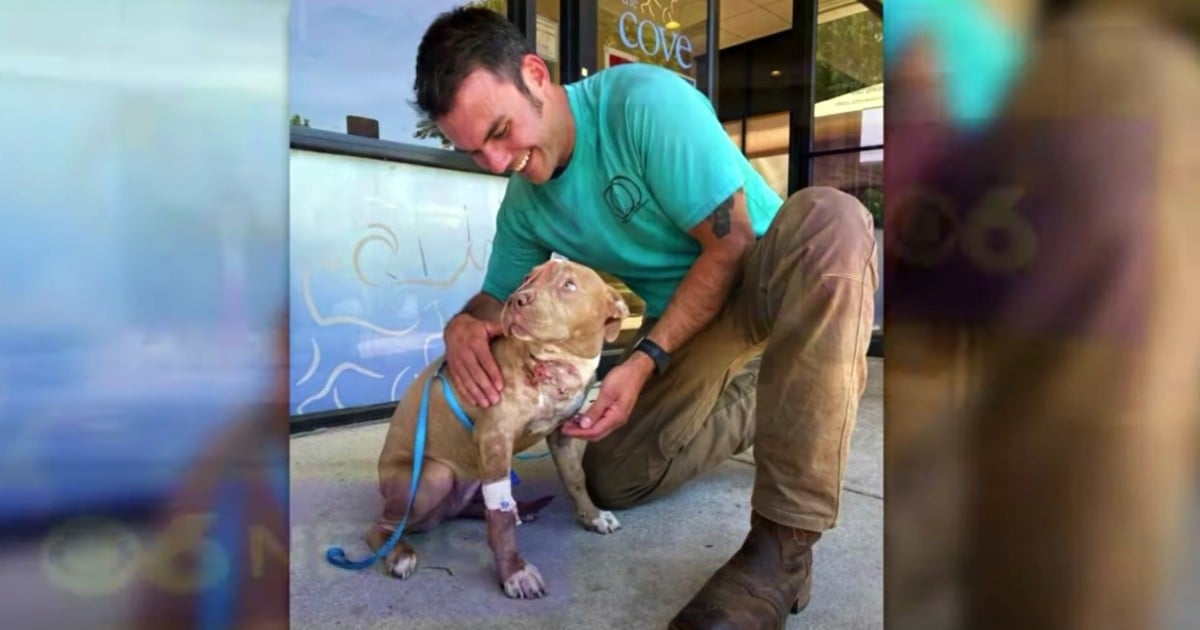 These poor puppies found in a gravel pit on a construction site almost tragically lost their lives. Luckily, one of the workers saw the pups at the last second and stopped the crew from crushing the hidden babies. After being saved from construction machinery, the puppies ran into a new threat.

The puppies shivered while waiting for the local animal control to collect them. They assumed someone abandoned all three of them in the ditch overnight. Who could be so cruel to such helpless, precious creatures?!

The animal control workers immediately recognized the puppies found in the gravel pit were suffering and rushed them to the local Humane Society. Those pups finally had a fighting chance!

The next day, a fourth puppy appeared in the pit and was rushed to the humane society to be with its family. Just like the others, the last pup was an Australian cattle dog.

Puppies Found In Gravel Pit Fight For Their Lives

Once evaluated, the professionals at the Humane Society said that the puppies were all dehydrated and underweight. Even worse – they all tested positive for parvovirus. This highly contagious disease quickly attacks a dog's intestines. If untreated, the mortality rate is 91%. So these little guys might've got to the vet's right in time.

RELATED: Dog Barked Non-Stop At Biker Until He Followed And Saw A Brown Towel That Was Wriggling

The fluffy siblings were monitored 24 hours a day to ensure speedy medical intervention if necessary.

Unfortunately, intensive care for parvo costs thousands of dollars. The Humane Society reached out to the community for donations for the poor puppies found in a gravel pit. The organization shared that most shelters put dogs with parvo down because of how contagious it is.

On social media, the shelter said, "the Humane Society for Tacoma & Pierce County is ready to provide these puppies with the rigorous and long-term care they need to make it out alive."

You May Also Like: An Abandoned Baby Otter Made Some Unlikely Friends And The Story Behind Is So Touching

Lord, give these helpless puppies the strength to overcome their illness and bless everyone involved in their rescue.

“He that has pity on the poor lends to the LORD; and that which he has given will he pay him again.” Proverbs 19:17

LISTEN: 2 Sanitation Workers Notice Something's Not right And Save A 10-Year-Old Girl
Story Of How Bette Midler Nearly Passed on One of Her Biggest Hits