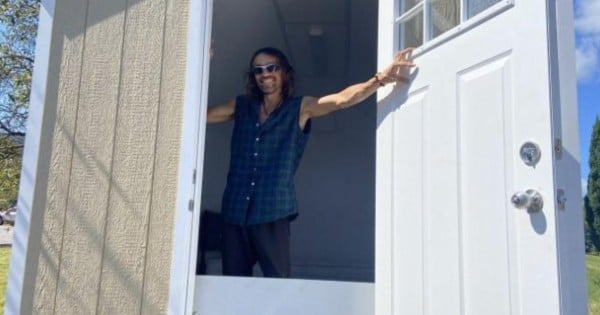 One young boy was reunited with his best friend after having a bad day, and the emotional video will pull at your heartstrings!

Stevie is an 11-year-old from Chicago, and recently he was having the "worst day ever." Because of this, he asked his mom to pick him up from school early. But what he didn't expect was his best friend to be waiting for him in the backseat of the car!

Once Stevie opened the car door, he was so surprised to see his best friend, Owen, there. And the two hadn't seen each other in years!

Owen tenderly pats Stevie on the back as he takes in the incredible surprise. “I feel like I’m dreaming,” says Stevie. You can just see the joy that he has on his face, even from behind his mask.

What an incredible reunion between these two friends! Stevie and Owen have been friends since kindergarten, and they have remained close even after Owen and his family moved away to Missouri.

Stevie's mom, Diane Stroud, shared the heartwarming video on Facebook, and it uplifted many other people as the video was shared hundreds of times online. “I can hardly watch this without crying,” Diane wrote in the caption of the video. “It’s amazing how a little video of kindness and friendship and emotion can make other people feel good,” she added.

What an incredible surprise, especially after having a rough day at school. And what a joy it is to see this wonderful friendship between Stevie and Owen! May we all be there for the loved ones in our lives and let them know that we care.

WATCH: Boy Having Worst Day Gets Best Surprise From His Best Friend