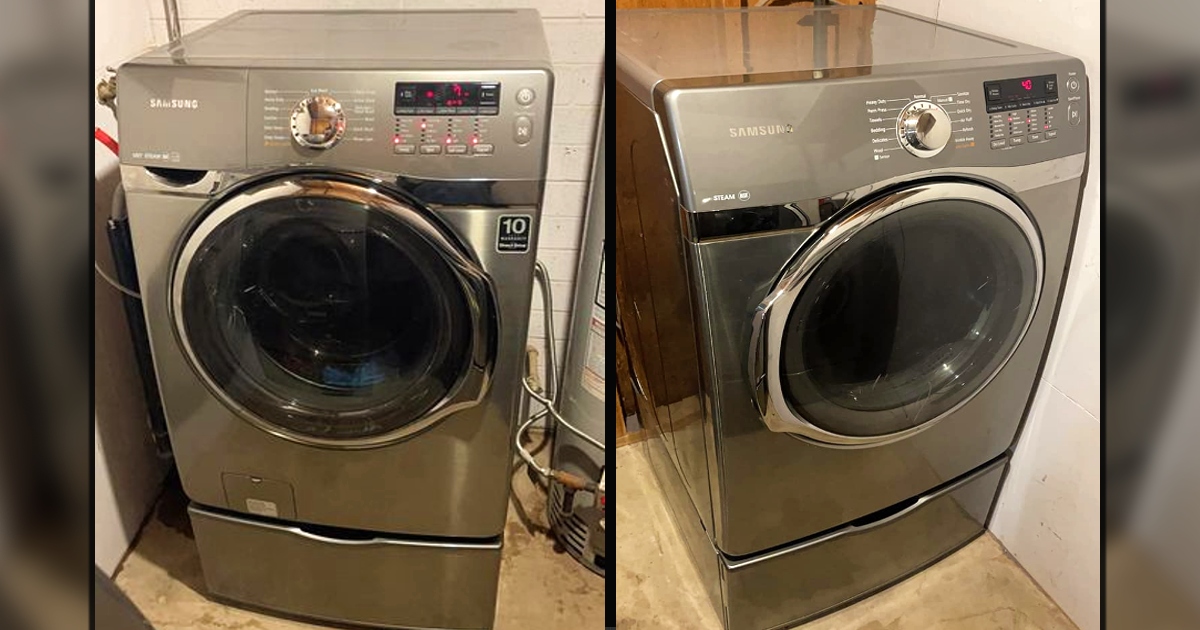 Man Buys a Used Washer And Dryer, Then Looks Inside The Dryer When He Gets Home
Read Article »

When two young boys noticed a veteran’s funeral in progress, they wowed bystanders by instantly hopping off their bikes and standing at attention. And their incredible display of respect is renewing our faith in the future generation!

As parents, you try to instill a sense of decency and respect into your kids. But you never know quite what they’ll do when you aren’t around to make sure they’re on their best behavior.

Well, the two boys from this positive news story certainly did their parents proud!

The boys were out riding their bikes when they noticed a funeral procession pulling into the cemetery near where they were biking. The American flag caught their attention and indicated this was a veteran’s funeral.

No adults were there to tell the young boys what to do. They could have easily kept riding along. But somebody obviously raised these boys to have more respect than that!

With no one telling them to do so, both boys immediately stopped riding. They hopped off their bikes and stood at attention, honoring the deceased as the song Taps played.

The incredible display of respect from these two boys could have gone by unnoticed. But thankfully, a bystander, Jacqi Hornbach, happened to be outside and watched as the beautiful moment at the veteran’s funeral unfolded.

Jacqi snapped a couple of photos with her phone and debated whether or not to share them on social media. However, with “all the negative things” going on in the world, she decided we could all stand to have our faith renewed in humanity.

The heartwarming moment from the veteran’s funeral brings tears to the eyes. And I’m so glad Jacqi chose to share it. To know these young men have such respect for the brave men and women who serve this country gives us hope for the future!

YOU MAY ALSO LIKE: Teen Was Leaving Football Practice When He Heard The National Anthem Chords Start To Play