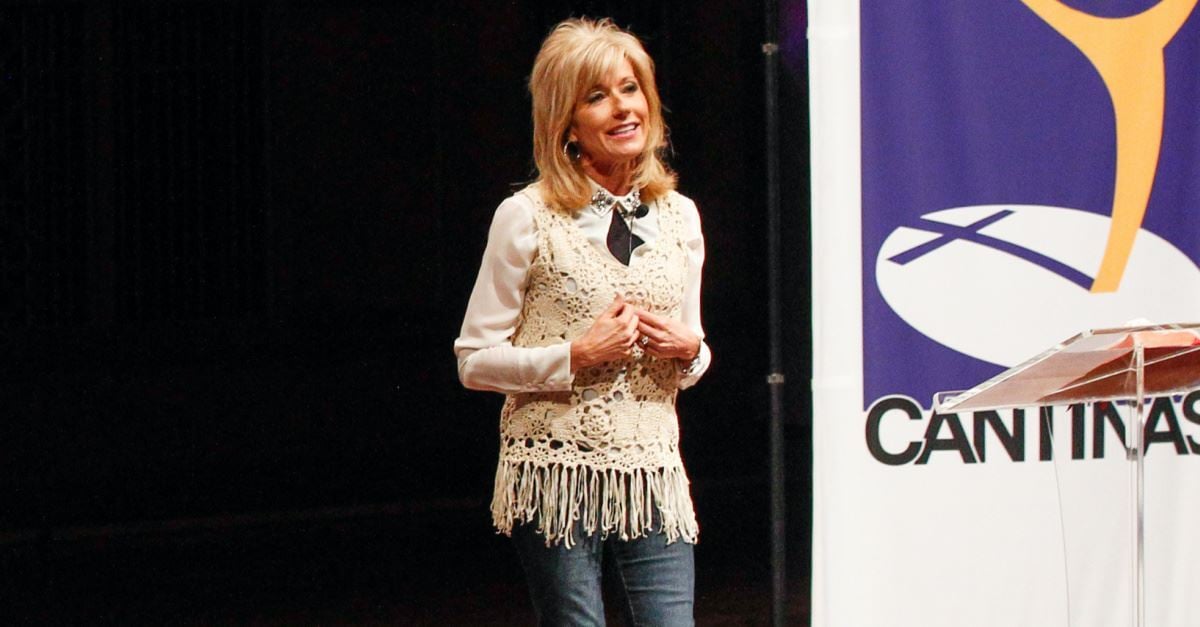 A little boy in Texas named Blake sent a letter to Santa that just breaks your heart to read. Blake wrote the note while hiding out with his mom at an emergency domestic violence shelter. And what he says about his dad had strangers from all over offering their prayers and support.

Christmas is a time when many of us are surrounded by family. But sadly, there are other people facing truly difficult circumstances during the holidays.

RELATED: 3 Boys Sent A Letter To Santa Asking For A Forever Home For Christmas

7-year-old Blake and his mom are one such example. And the little boy sent a letter to Santa that exposed a heartbreaking and all-too-common situation they both face.

Christmas Away From Home

Blake’s mom had to make a difficult decision right here at Christmas. Instead of celebrating at their home in Texas, she and her son left everything behind. And all so they escape her abusive partner.

Thankfully, the special angels at an emergency shelter called SafeHaven of Tarrant County are dedicated to helping the victims of domestic violence. But as Blake’s mom went through her son’s book bag, a letter he sent to Santa revealed the heartbreaking toll the situation was taking on the 7-year-old boy.

Blake Sent A Letter To Santa That Read:

We had to leave our house. Dad was mad. We had to do all the chores. Dad got everything he wanted. Mom said it was time to leave and she would take us to a safer place where we don't have to be scared.

I'm still nervous. I don't want to talk to the other kids. Are you going to come this Christmas? We don't have any of our stuff here. Can you bring some chapter books, a dictionary, and a compass and a watch? I also want a very, very, very good dad. Can you do that, too?

Support For Boy Who Sent A Letter To Santa

SafeHaven chose to share Blake’s heartbreaking letter to Santa on social media to show the reality of domestic abuse. Even though it is a step toward a safer and more stable life, fleeing to a shelter is hard on the victims, especially children.

Blake’s request for a “very, very, very good Dad” hits so hard because every child should feel safe with and loved by their parents. But since we live in a broken world, this isn’t always the case.

And as heart-wrenching as it was to read the letter Blake sent to Santa, the response from the public was beautiful. Messages of love and support flooded the SafeHaven Facebook page. Many wanted nothing more than to provide gifts and help for Blake and the other children at the shelter.

SafeHaven assured everyone that Blake and his mom were safe. And thanks to the donations and support from the online community, the shelter is granting Blake’s Christmas wishes, along with other kids living there.

YOU MAY ALSO LIKE: Little Girl Sent A Request To Santa For A Sibling And Mom Surprises Her With Pregnancy Announcement

SafeHaven is hopeful that, by going viral, the letter sent to Santa will inspire others to get involved in helping their local domestic violence shelters.

Our prayers go out to Blake and his family, along with all the other people facing heartbreaking situations like this.