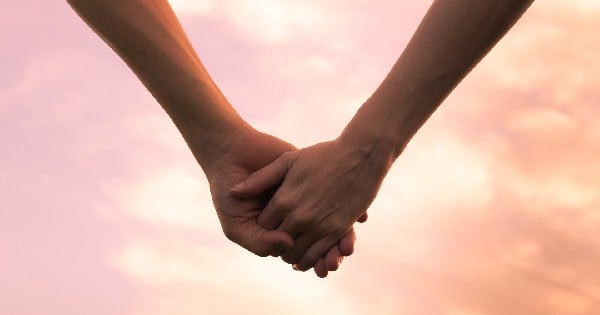 What’s On This Bumper Sticker SHOCKED People. But The TRUTH About What It Means Really Surprised Me.
Read Article »

Which do you want first, the good news or the bad news?

The latest statistics as they relate to relationships in America are in and they aren’t pretty. First, the good news. Divorce rates are down. If you recall, divorce was quite the “trend” but it has slowed down and even reversed dramatically. That’s great!

Now, the bad news. Young singles and couples are viewing MORE inappropriate material than ever before (let’s be real, it’s everywhere) AND more couples are choosing to live together (like a trial run) before getting married.

So, where does that leave us? Not in a very good place. So, it’s a breath of fresh air when popular stars speak out AGAINST this culture that has lowered it’s moral value on our children.

Russell Brand, actor and comedian, has spoken out against the culture of pornography after the release of "Fifty Shades of Grey." The actor who is famous for his roles in comedic films, criticized the accessibility of softcore and hardcore pornography in a filmed speech that went viral.

Brand also admitted that he consumed pornography as an adolescent. But at the time, pornography was not just a few clicks away.

"Our attitudes towards sex have become warped and perverted and have deviated from its true function as an expression of love and a means for procreation," Brand said. "Because our acculturation-the way we've designed it and expressed it-has become really, really, confused."

At the same time, Google reversed its decision to make pornography more difficult to find online this week. The search engine giant labels graphic material as "adult" but wanted to make the content available to only the website publisher and those who were granted permission. After a public backlash, Google did not go through with the change.

Brand makes a valid point. Viewing such materials places you/us as humans on a island and we lose the ability to relate to members of the opposite sex. The repercussions are immeasurable! Our children deserve better than this.

Russell Brand offers his views on religion, God as the creator of all in this video clip below. He’s a funny guy, and you gotta love his accent. LOL

Take a stand and say NO to “Fifty Shades of Grey!”