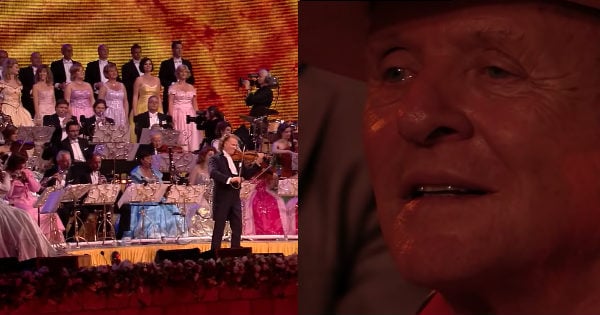 In a touching tribute to Kobe Bryant, Grammy award-winning artist Usher sings a powerful rendition of ‘Amazing Grace'. And it’s a beautiful reminder of how, thanks to Jesus Christ, death doesn’t have the final word.

Seven others aboard the plane also lost their lives, leaving so many families hurt and grieving.

Kobe made a huge impact on so many people all around the globe and his loss was felt worldwide. Recently, the Los Angeles Lakers paid a beautiful tribute to Kobe Bryant, honoring him at the Staples Center.

Artists, fellow players, and fans all came together to pay respects to this inspiring man. To open up the emotional ceremony, Usher performed an emotional rendition of ‘Amazing Grace.'

"Amazing Grace, How sweet the sound

I once was lost, but now am found
T’was blind but now I see

T’was Grace that taught my heart to fear

And Grace, my fears relieved

How precious did that grace appear

The hour I first believed"

This classic hymn was the perfect pick for a tribute to Kobe Bryant. And it is truly a powerful moment as Usher stands alone in the middle of the court with the lights dimmed around him. There are a multitude of tears as the camera pans to show reactions from NBA players all across the league.

Kobe Bryant truly made his mark on basketball and the world as a whole.

YOU MAY ALSO LIKE: Tribute Sermon By Tony Evans Reveals His Wife Saw ‘A Glimpse of Heaven' Before She Died

And this touching performance was the perfect way to honor this legendary athlete, father and husband.