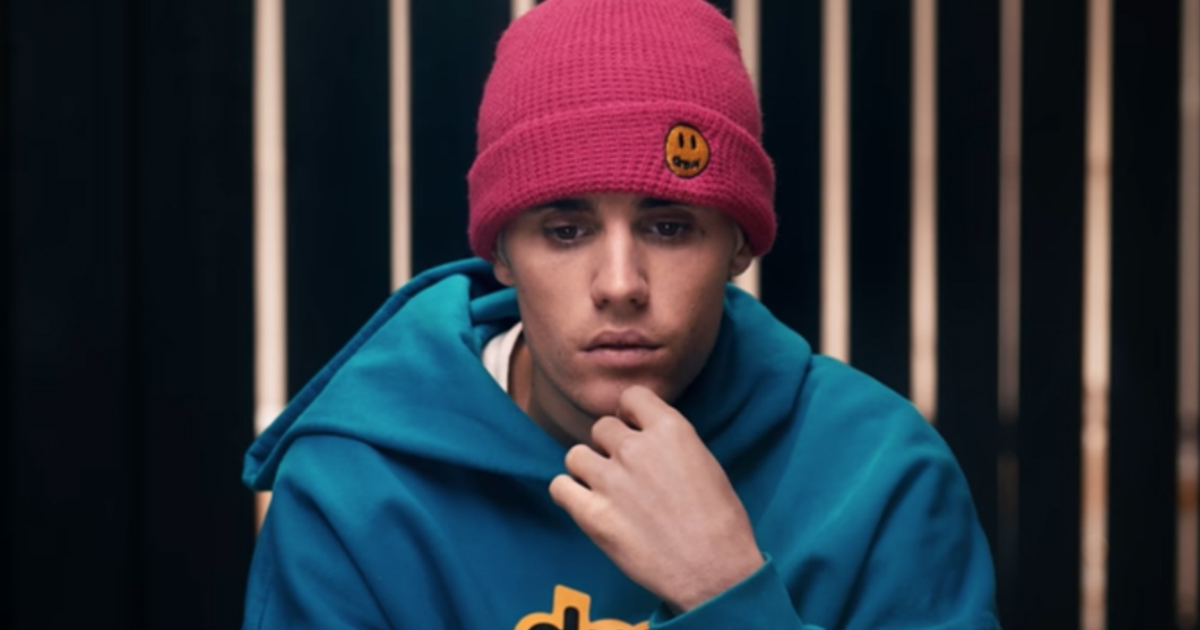 The Kobe Bryant family suffered a terrible loss on Sunday, January 26, 2020. A helicopter crash in Calabasas, California killed basketball legend Kobe Bryant, age 41, along with his 13-year-old daughter, Gianna Bryant (aka GiGi), and 7 others aboard. And prayers are pouring in for all involved in this heart-wrenching tragedy.

Kobe Bryant is Christian celebrity and famed basketball star who spent 20 years playing for the Los Angeles Lakers. And his NBA career involved a multitude of achievements.

However, Kobe’s time in the limelight included serious personal struggles, too.

Most notably, Kobe suffered allegations of infidelity and sexual misconduct. And these allegations certainly took their toll on the Kobe Bryant family. In fact, Kobe Bryant’s wife, Vanessa Bryant age 37, even filed for divorce at one point.

But apparently, a return to faith helped Kobe Bryant and his family weather this difficult time, as well as find reconciliation.

Kobe Bryant says his personal struggles pushed him to fall back on his faith.

A conversation with his priest about the controversies he faced inspired Kobe to turn the situation over to God. At that time, Kobe Bryant also decided to fight for his family and his marriage.

Kobe and Vanessa Bryant have four children together — Natalia Diamante Bryant (17), Gianna Maria-Onore Bryant (13), Bianka Bella Bryant (3), and Capri Kobe Bryant (7 months). And Gianna Bryant, nicknamed GiGi, was on the helicopter with her dad when it crashed.

Kobe Bryant’s focus shifted to his family after retiring from the NBA in 2016 and he began coaching GiGi’s middle-school basketball team.

When fans would tell Kobe, a father of 4 girls, that he need to have a son to “carry on the NBA tradition”, GiGi was quick to let them know she had it covered.

RELATED: Man Suffers Unthinkable Heartbreak And Leans on Faith as He Mourns Loss of Wife And Baby Boy

“Yes, that’s right, you got this,” proud dad Kobe Bryant would say of his daughter’s basketball dreams.

On the day the helicopter crash occurred, Kobe Bryant and 13-year-old daughter Gianna Bryant were headed to the Mamba Sports Academy training facility for a basketball game.

The kids who were waiting for Kobe and Gigi in Mamba Academy. 💔 #RIPKobe #RIPGianna

Kobe Bryant co-founded the academy, named after Kobe’s "Black Mamba" nickname, to help train top pro athletes. But he dedicated his time to coaching aspiring young athletes like his daughter, too.

In fact, Kobe often called GiGi “Mambacita”, showing confidence in his daughter’s dream to follow in his footsteps.

On the day he died, Kobe Bryant reportedly attended church with his family. Then, he and GiGi boarded a helicopter headed to the Mamba Sports Academy in Thousand Oaks, California.

However, the helicopter crashed in Calabasas, California in foggy conditions causing poor visibility. The crash killed Kobe Bryant and his 13-year-old daughter, Gianna “GiGi” Bryant, along with 7 other passengers.

The news of Kobe’s death stunned fans from all over. And so many are lifting up the Kobe Bryant family as they mourn this terrible tragedy.

Naturally, the sports world was quick to respond.

My friend, a legend, husband, father, son, brother, Oscar winner and greatest Laker of all-time is gone. It's hard to accept. Kobe was a leader of our game, a mentor to both male and female players. pic.twitter.com/NXsrXmCkkG

This is heartbreaking….can't even put it into words….anyone that knows me knows how much Kobe means to me….blessed to have been able to call you a brother 🙏🏾 Rest in Power Mamba and Gigi. Praying for Vanessa, the kids and your whole family. pic.twitter.com/tEH3ZDUjjo

How sobering is this tragedy of @kobebryant his daughter and all on board the helicopter. Life is fleeting, especially in comparison to eternity. Love God, Love others & steward your short time here in preparation of meeting our Heavenly Father! Don't waste ⌚️#Lordhavemercy pic.twitter.com/c4RuI2u4MD

But Christian celebrities and leaders, including Roma Downey and Franklin Graham, went to the Lord on behalf of Kobe Bryant’s family and the others involved, too.

Christian hip-hop artist Lecrae said he was "physically shaken" by the news and requested that the Holy Spirit be a comforter to all those affected by the crash.

The pastor of Life.Church, Craig Groeschel, prayed for “God's presence and comfort” to envelop the Kobe Bryant family.

Producer DeVon Franklin prayed boldly for all of the families impacted by the tragedy.

While Kobe’s sudden and unexpected death rocked the sports world, the Kobe Bryant family wasn’t only to lose loved ones in the crash in Calabasas, California.

All 9 passengers on the helicopter died, including the pilot, Ara Zobayan.

Among the other victims was 13-year-old basketball player, Payton Chester, and her mom, Sarah Chester. Payton’s grandmother, Catherine George, called the crash a “freak accident”, explaining “they had to get on the helicopter as a convenience today, they usually drove by car.”

Head baseball coach at Orange Coast College, John Altobelli, was on board, along with his wife and daughter — Keri Altobelli and Alyssa Altobelli.

The other fatality was of Christina Mauser, age 38. 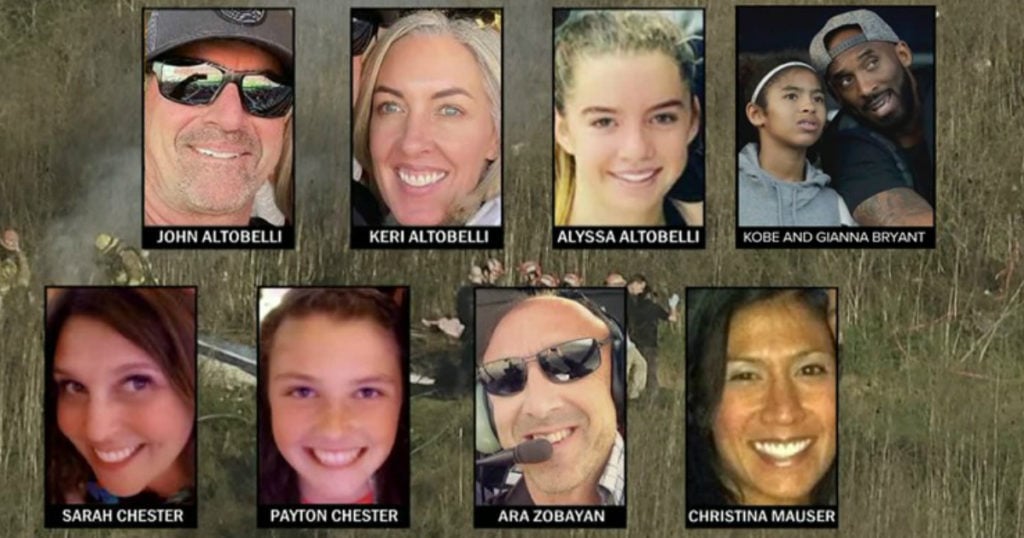 Christina was the assistant coach for Gianna Bryant’s Mamba Academy basketball team. And she leaves behind her husband, Matt Mauser, and 3 children, ages 11, 9 and 3.

“It’s horrible,” a tearful Matt Mauser said of the crash. “I got three small kids and am trying to figure out how to navigate life with three kids and no mom.”

YOU MAY ALSO LIKE: New Toby Mac Song '21 Years' Is About Son's Death And How It Has Shattered His Heart

These kinds of unexpected tragedies serve as a stark reminder of just how fleeting life is. But God can use any situation for His good. And we pray He will lavish the families affected by this tragedy with His mercy and comfort.