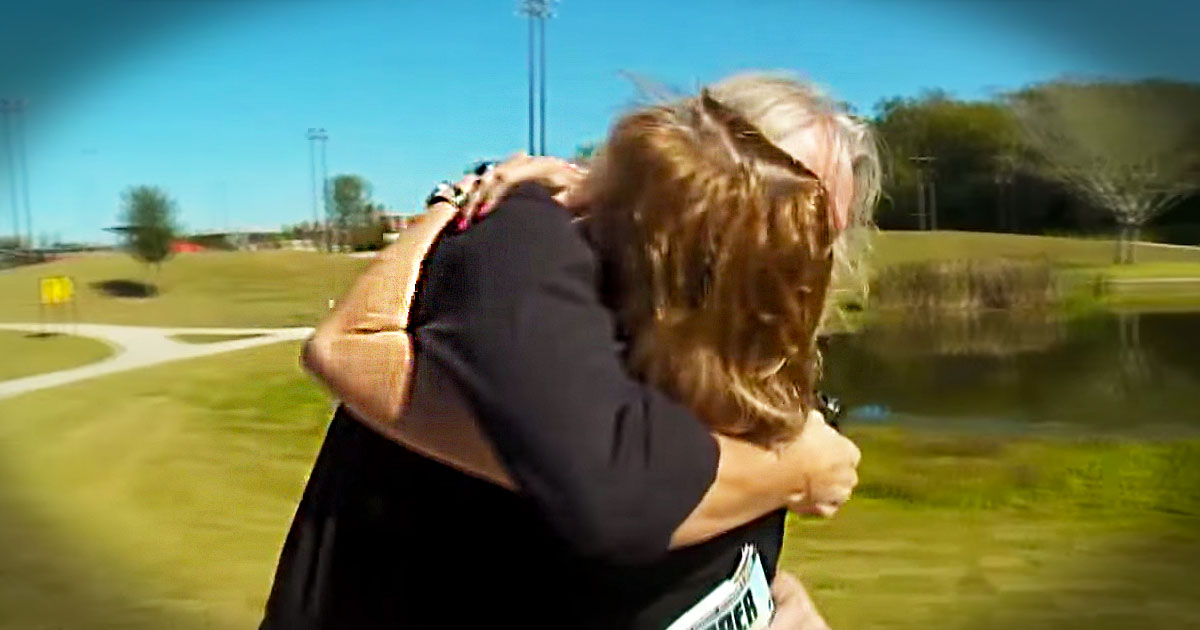 Over 70 years ago, in May 1945, Private George Emmerson was a young Canadian soldier who was stationed Holland at the end of World War II.

That is when he met a man who was weak and starving on the streets. This young soul had just been liberated from a Nazi concentration camp.

The sight of this young man touched Private Emmerson’s heart, so he cooked him a hearty meal of beef and potatoes, when he was done he reached into his pocket and handed him two chocolate bars. They were sent to the generous Private in a package from home.

“I didn’t know if he was going to live or die,” Private Emmerson said.

The two gentlemen parted, likely to never see each other again. Private Emmerson went back to his hometown in Canada and started a family.

But nearly 70 years later, something happened that God surely had a hand in. Private Emmerson went to a local furniture store and struck up a conversation with the woman who running the store.

Both of them were from the same town. But that was just the beginning of what they had in common. When she found out that the man she was talking to was a WWII veteran, she began tell him about her father who had been in a concentration labor camp in Holland. She told him that he nearly starved to death but a kindhearted Canadian soldier saved his life.

Private Emmerson then told his story.

“When I came to the part about the two chocolate bars, she went into sobbing and I wondered what was the matter,” Private Emmerson said. She said, “That was my father.”

The young man that Private Emmerson had saved years ago, Henk Metselaar, moved to Canada when the war ended.

“That story he had told us his whole life,” Henk’s daughter, Hillie Carnegie said. “That’s why he came to Canada — because of that Canadian soldier.”

Henk is now fighting advanced Alzheimer’s disease and no one is sure of how much he really remembers about his life-saving encounter with Private Emmerson at the end of the war.

That very week Private Emmerson visited Henk at his nursing home, they miraculously now live in the exact same town. When they saw each other Private Emmerson asked Henk, “Do you remember a little bit?”

As Henk looked back at him he pulled something out of his pocket that he hoped would refresh his memory, two chocolate bars.