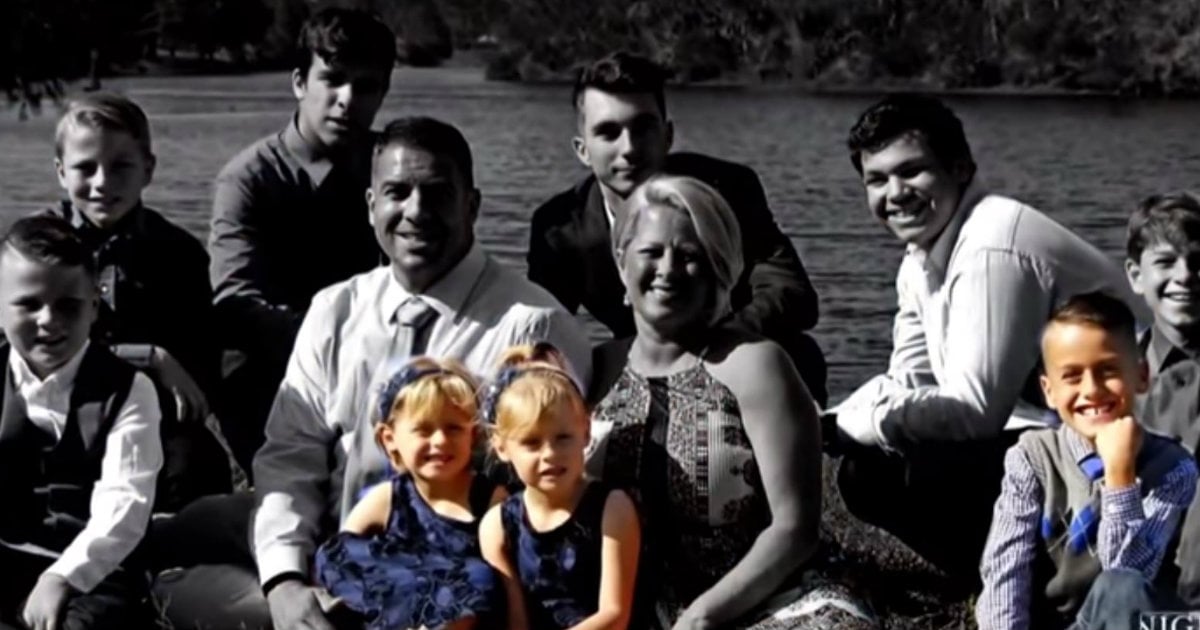 Oftentimes homeless people get ignored. But Anival Angulo of Las Vegas is getting national attention after the homeless man rescued two children from a raging apartment fire!

36-year-old Anival Angulo currently lives on the streets of Las Vegas. But God put him right where he needed to be to save a toddler and baby. And after his heroic deeds, we hope he won’t be homeless much longer!

Homeless Man’s Wandering Puts Him In The Right Place

It was close to lunchtime, and Anival was walking down a quiet back street in Las Vegas. As he rounded the corner, he noticed huge plumes of smoke billowing from an apartment building at the end of the street.

RELATED: Dog Gave His Life To Save The Baby He Loved From A Raging Fire

As he made his way closer, he could hear screams coming from inside. Horrified, he realized the screams were coming from children trapped in the fire!

Anival wasted no time. He took off running — jumping over the locked gate and heading for the source of the cries. He could see a terrified 3-year-old girl behind a locked security door on the side of the unit, desperate to get out. But she couldn’t open the door.

"I knew I had to get them out,” he explained.

Anival pulled and pulled with all of his might on the security gate until finally, it “bent upward” and the deadbolt gave. The little girl ran to him and wrapped her arms around his waist, happy to be free from the inferno.

But as dark smoke poured from the apartment, Anival spotted something horrible!

The homeless man peered into the thickening smoke and noticed a baby’s leg on the floor. With no regard for his own safety, he bounded into the apartment, scooping up a 10-month-old infant. He then dashed out of the blaze and got the kids far from the smoke.

Two small children, 10 mons & 3 yrs were rescued from a burning apt by a homeless man who jumped a locked gate, then pulled a dead-bolt locked security door open to safety. Both kids will be okay. The man is a TRUE HERO. pic.twitter.com/jImwAklmcB

Firefighters arrived and got the fire under control. They learned the homeless man rescued two children and put the kids in an ambulance headed for the hospital, where they were treated for smoke inhalation. But all agree, if not for Anival’s selfless bravery, the toddler and baby would have suffered much worse.

"It's obvious if this person hadn't been there, these children could have been burned or may have been killed in the fire," said Tim Szymanski, of Las Vegas Fire & Rescue.

Apparently, the fire started in the kitchen because of some cooking oil. The children’s grandfather was watching them, but he was in the back bedroom when the fire broke out. The children were in the living room, and the flames spread so quickly, Grandpa couldn’t get to them.

RELATED: Homeless Veteran Saves Woman Stranded On The Road, Gets Huge ‘Thank You'

Thankfully, though, God put Anival in the right place, and the homeless man rescued two children from a terrible fate.

"His action certainly saved the children's life [sic]," the fire department said in a Facebook post about the incident.

The fire “gutted” the kitchen and living room, doing an estimated $50,000 of damage to the apartment. But thanks to this homeless hero, no lives were lost.

"Both kids will be okay," fire officials said. "The man is a TRUE HERO."

YOU MAY ALSO LIKE: Mom Suffers Horrific Burns While Risking Her Life To Save Her Children