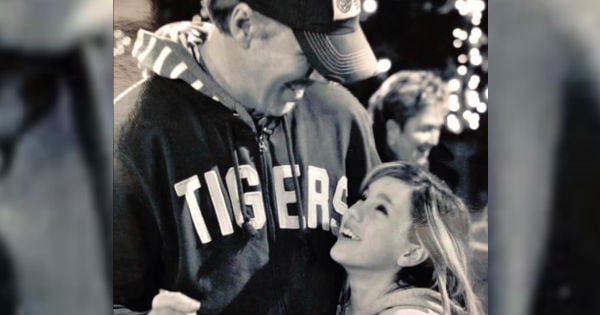 Linda Olson, now 68, is a grandmother, a mother, daughter, and a sister. But to this day, a tragedy from her past still haunts her. It was the day she accidentally killed her own brother. But thankfully, this story of forgiveness leads to a healed heart.

Linda grew up on a farm in the Canadian Prairies. "Life was simple but good", Linda explained. "Our family of seven knew first hand that if you don't work, you don't eat," she added. She had five siblings growing up on the farm that helped out, including the youngest, Billy. “He couldn’t say ‘Linda’ so he called me ‘Nina’.”

On the night of the accident, Linda was finishing up work and heading home. Upon arriving home, she had the scary realization that she was unable to work the brakes of the tractor.

The tractor was heading straight for the house. And the last time she had seen Billy, he was playing right on the front porch.

"I put all my weight on the steering wheel and slammed down with all the force I could muster. The huge machine just refused to stop and the house was rushing up too quickly. I screamed ‘I CAN'T STOP THE TRACTOR!' and I could see Mum watching in horror and shrieking." Linda said.

Seconds later, the tractor crashed into the house and destroyed everything in its path.

Fearing the worse, Billy was nowhere to be found. After locating him, the family ends up discovering the worst thing imaginable was a reality. They found Billy on the steps badly hurt. They took action as quickly as possible and took Billy to the nearest hospital.

Her dad uttered a single sentence that shattered Linda to her core, “There was nothing wrong with those brakes.” The guilt was instant.

"As Billy lay in my arms, he looked up at me and said, ‘Owee Nina, owee' and then went limp. Those were his last words." Linda shared.

"In just that one day, when my precious brother was killed, my whole life turned upside down forever."

The next day they had to go on as nothing had happened. She was worried that she would be known as the girl who killed her brother in town. That everyone at school would know as well.

Over the next months, Linda got through her brother's funeral and managed the grief. Everyone in her family kept their emotions to themselves, and they also never talked about Billy. Ever. Linda's mother bottled up with grief, and Linda missed her and the close relationship they used to share.

Over the years, Linda focused on her future and graduated high school. At 18 she went away to a Christian college. At one of the Chapel meetings she attended, they encouraged her to share her story. It was surprising to Linda how nice they were to her and how they didn’t reject her or cast her out. They treated it like the accident that it was.

A Woman’s Story of Forgiveness After Tragedy

Linda graduated and began to train as a counselor. Part of that training was to go to therapy herself. So 15 years after her incident, Linda finally faced her past.

It was during her training to help others that she was able to face her greatest regret, and was able to come to peace with it.

"As I calmed down, a conversation ran in my head. ‘Has God forgiven you?' I said yes. ‘Have your parents forgiven you?' I believe they have. ‘Then what keeps you from forgiving yourself?' The penny dropped," Linda said.

Linda learned forgiveness that day and realized how she is at peace with herself for what happened on that day in 1966. "It took me many, many years to be able to say the sentence, "I killed my brother". It was only when I owned my own story that I could learn self-forgiveness." Linda now continues to honor her brother’s memory and help others suffering with grief by telling his story.

Sometimes we are all guilty of holding ourselves to a standard we would never hold someone we love! Linda lived with all-consuming guilt for decades until she realized that she needed to forgive herself.

Bear with each other and forgive one another if any of you has a grievance against someone. Forgive as the Lord forgave you. Colossians 3:13