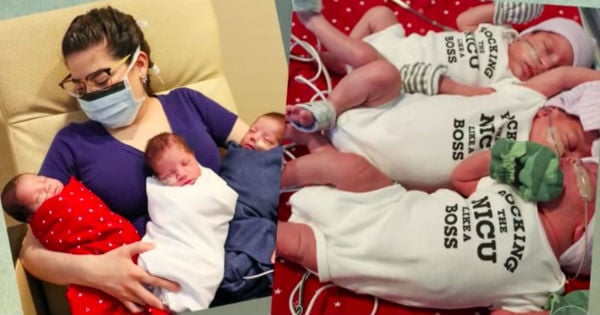 For most parents, their worst nightmare is losing their child. In this heartbreaking story, radio show host David ‘Ace' Cannon of the popular radio show, "Ace & TJ" speaks out about his daughter's death in hopes that he can protect others.

David shared how many years ago, the only way he could get his baby daughter to fall asleep was to sing her Rod Stewart's hit, "Maggie May." He later wrote a song about those beloved memories called, ‘Maggie May Dreams,' that he dreamed would play while he danced with her one day at her wedding.

But after a tragic accident claimed his daughter's life, that dream was shattered. And David can barely even speak of the heartbreak he's experiencing. "I don't have the capacity - and I talk for a living - to explain to people how broken my heart is."

David ‘Ace’ Cannon Has His Heart Broken After Losing His Daughter

Payton Cannon was twenty-one years old, a graduate of Lake Norman High School who planned to attend college and study child and family psychology. "She was very sharp, and … very, very funny," David said. He recalled, "and with a kind of a unique sense of humor."

On Tuesday, the night before Payton's death, she had lunch with her father. Later that day, she decided to rejoin him at his home for dinner.

Her younger brother, Cade, and David's fiancee, Amanda, also were there that night. After her visit, she said her goodbyes and "I love you, I'll see you tomorrow," and hugged her dad and Amanda. She then left for her mother's home nearby.

That night, she came in to hug and kiss her mom, Shonnette, and say "I love you, I'll see you tomorrow." Those were the last words she would ever say to her family.

She left her mother's, and it had started to storm. There was water that pooled up on either side of the road. Police report that Payton was driving 80 – 90 miles per hour on the stretch of road designated 45 mph zone at the time of the incident. Payton lost control and crashed into a tree.

David ‘Ace’ Cannon Warned Daughter About The Dangers Of Speeding

David shared that he'd warned Payton about her speeding before. "I've told her a hundred times: You're going too fast," he commented. "If she'd been a little slower, maybe she'd still be here. … So if anything, I hope that other people take from this to just be a little more cautious in those types of moments, because if she had been, maybe we wouldn't be going through all this right now," David added.

David reflected on his upcoming wedding on January 4th, and how Payton was to have been Amanda's maid of honor. Amanda assured him she would still be her maid of honor. And he indicated they'd have to find a way to honor Payton that day.

The radio host was taking some time off work to grieve but knew he would share more about Payton's loss when he returned. "The beautiful thing about radio, and what I love about it so much, is it's such an intimate medium. That's what has built this outpouring of love from people, is that they feel emotionally connected to us, because we've shared the good and the bad of all of our lives. The good of Payton's life, the bad of Payton's life, of my life - all of it has been there on display for people. So I absolutely will (talk about Payton), if for no other reason than to say thank you to the thousands of people who have sent messages and called and texted and posted on social media."

This tragedy struck a community and a family that was not expecting it. This loss will greatly impact the loved ones of Payton Cannon. David's hope in sharing his story is to prevent another tragedy like this one. Make sure that your children know the dangers of speeding, especially during inclement weather so history is not repeated.