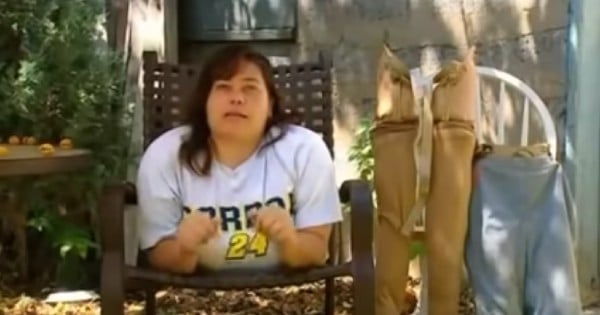 They Told Her To Abort Her Baby; Instead, She Became A Miracle Mom!
Read Article »

Keith Weisinger was working as a police dispatcher when he received a call for pepperoni pizza. At first, he thought that it was just another prank, but it actually ended up being one of the most powerful calls that he has ever received. The call was from a clever woman who was suffering from a bout of domestic violence. This is how she made her call for “pizza”:

Dispatcher: 911, where is your emergency?

Dispatcher: Ok, what’s going on there?

Caller: I’d like to order a pizza for delivery. (oh great, another prank call).

Caller: Yeah, I know. Can I have a large with half pepperoni, half mushroom, and peppers?

Caller: Yeah, do you know how long it will be?

Dispatcher: Ok, Ma’am, is everything ok over there? Do you have an emergency?

Dispatcher: And you can’t talk about it because there’s someone in the room with you? (moment of realization)

Caller: Yes, that’s correct. Do you know how long it will be?

Dispatcher: I have an officer about a mile from your location. Are there any weapons in your house?

Dispatcher: Can you stay on the phone with me?

Caller: Nope. See you soon, thanks.

“The officer arrives and finds a couple, female was kind of banged up, and boyfriend was drunk,” Keith explained. “Officer arrests him after she explains that the boyfriend had been beating her for a while.”

Keith took the call for pizza nearly 10 years ago. “I thought she was pretty clever to use that trick,” he thought. Keith has now become an attorney, and while he doesn’t know what happened to the woman he surely hopes that she is back on her feet and safe.

“This is a part of the job most 911 dispatchers find frustrating. Beyond the immediate resolution — arrest, hospitalization, etc. — we rarely hear what happens to the people who call,” Keith said.

We thank God that the woman was quick on her feet, and so was Keith. With both of their wisdom combined they were able to end the terrible situation that was happening.

We are surely praying for anyone who has ever been a victim of domestic violence.