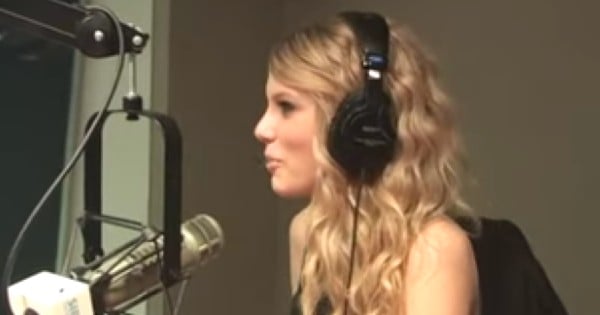 Internet Bullies Made This Girl Cry… But You’ll Never Guess Who Wrote Her A Note To Dry Her Tears.
Read Article »

A new religious statue outside St. Alban’s Episcopal Church in a small North Carolina town isn’t like anything you might see in church.

The statue shows Jesus as a homeless person sleeping on a park bench. The church installed the vagrant Jesus statue on its property in the middle of a neighborhood filled with upscale, well-kept homes.

The statue shows a man, huddled under a blanket with his face and hands hidden. The only way we know this is Jesus is because his hands and feet have crucifixion wounds that reveal his identity.

As soon as the statue was installed, the reaction was immediate! Some loved it. But some? Not so much!

“One woman from the neighborhood actually called police the first time she drove by,” says David Boraks, editor of the town’s news website. “She thought it was an actual homeless person.”

That’s right. Somebody actually called the cops on Jesus.

“Another neighbor, who lives a couple of doors down from the church, wrote us a letter to the editor saying it creeps him out,” Boraks added.

Some people think that it’s degrading to show the Son of God this way. Some neighbors think it demeans their neighborhood to have a hobo curled up on a bench. The church’s pastor disagrees.

“It gives authenticity to our church,” Rev. David Buck says. “This is a relatively affluent church, to be honest, and we need to be reminded ourselves that our faith expresses itself in active concern for the marginalized of society.” the pastor added.

The sculpture is intended as a visual translation of the passage in the Book of Matthew, in which Jesus tells his disciples, “As you did it to one of the least of my brothers, you did it to me.”

It was created by sculptor, Timothy Schmalz, a devout Catholic. Timothy says he understands that hisÂ Jesus the HomelessÂ is provocative.

“That’s essentially what the sculpture is there to do,” he says. “It’s meant to challenge people.”

Rev. Buck believes it’s a good Bible lesson for all of us who are used to seeing Jesus depicted in traditional religious art as the Christ of glory, enthroned in finery.

“We believe that that’s the kind of life Jesus had,” Rev. Buck says. “He was, in essence, a homeless person.”

This small town in North Carolina has the first Jesus the Homeless statue on display in the United States, but it won’t be the only one.

Catholic Charities of Chicago plans to install its statue when the weather warms up. The Archdiocese of Washington, D.C., is said to be interested in one, too. But the most high-profile installation of the bronze Jesus on a park bench will be on the Via della Conciliazione (the avenue leading to St. Peter’s Basilica) â€" if the city of Rome approves it.

Schmalz traveled to the Vatican last November to present a miniature to the pope himself!

“He walked over to the sculpture, and it was just chilling because he touched the knee of the Jesus the Homeless sculpture, and closed his eyes and prayed,” Schmalz says. “It was like, that’s what he’s doing throughout the whole world: Pope Francis is reaching out to the marginalized.”

Back at St. Alban’s Episcopal Church, the rector says that the Jesus the Homeless statue has won more followers than haters. It is now common, he says, to look out and see people come, sit on the bench, rest their hand on Jesus’ feet and pray.

What do you think of this statue? Would you want to see a sculpture like this outside of your church? Let us know in the comments section below!

Check out the meaning behind the statue in this video: