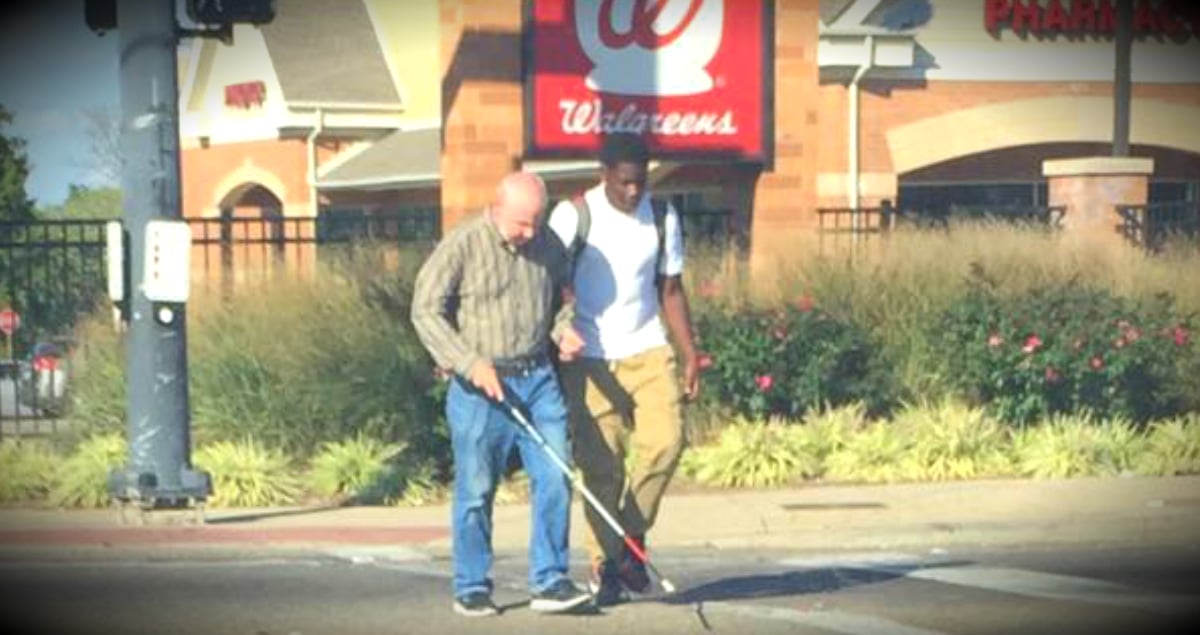 While God’s love unites us, Satan seeks to divide. Turn on the news, and you’ll see plenty of evidence of Satan’s division. And that’s why a woman shopping at Sears assumed the worst when she started watching 2 police officers walk a homeless man through the store. But then she saw the truth, and it was a beautiful reminder that God’s love is always bigger!

Cinthia Alvarez was shopping at Sears one day when she saw two LA County police officers walk through with a local homeless man. She admits that her mind immediately jumped to the worst case scenario.

“The worst assumption came to mind so I followed them to see what was going on.”

But as she continued to watch the two officers, their intentions became clear. They were not there to give the homeless man a hard time. He was not in any kind of trouble. In fact, it was quite the opposite!

RELATED: Homeless dad gets a beautiful act of kindness from a police officer

Deputies Mee and Deputy Formica were there to help this man. The homeless man’s clothes were ripped and torn. So, the officers brought him to the store in order to buy him some new ones.

The compassionate moment reminded Cinthia that despite all of the division we see on the news, there are still good police officers out there. And it taught her a valuable lesson, which she shared, along with the photo she took, on Facebook.

“Let’s not let the “bad seeds” taint the reputation for those great officers risking their lives.”

And her words don’t just apply to police officers. At the end of the day, there is a battle constantly waged in this world — good versus evil. Satan would love nothing more than to let the wickedness that exists separate us from God and His love. But there is still plenty of good left, too. And God’s love is always greater!

“For I am convinced that neither death, nor life, nor angels, nor principalities, nor things present, nor things to come, nor powers, nor height, nor depth, nor any other created thing, will be able to separate us from the love of God, which is in Christ Jesus our Lord.” Romans 8:38-39

YOU MAY ALSO LIKE: Couple Refuses To Sit By Table Of Police Officers