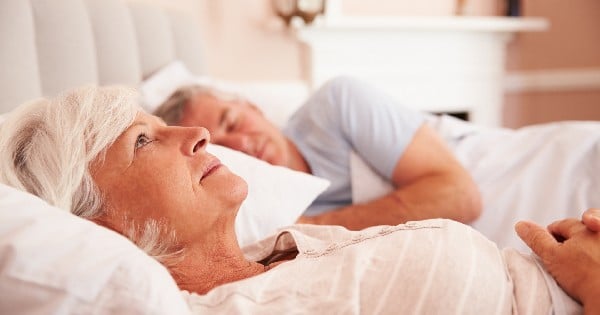 These 9 Prayers Can Restore Your Marriage
Read Article »

We’ve all been in line at the grocery and felt frustrated because the line is moving so slow. And, that’s exactly how this guy felt standing in line at Food Lion. But what he didn’t know…well, it will surprise you. Read how this man, through his own mistake, became a small town hero.

At a Food Lion grocery store, a man standing behind me in the long line snorted “Some people!” (insinuating the young girl ahead of us in line was slowing the process down)

“You would think the manager of this store would pay attention and open another line,” said a woman in a irritated manner.

I looked to the front of the line to see what the hold up was and saw a very clean and nice looking, young woman trying to get the machine to accept her credit card. No matter how many times she swiped it, the machine kept rejecting it.

The annoyed man standing behind me said “It's one of them welfare card things. Dang people need to get a job like everyone else.”

The young woman turned around to see who had made the ugly comment. And the rude man said, “It was me,” he said, pointing to himself.

The young lady's face began to change expression. From very red to almost in tears, she then dropped the welfare card onto the counter and quickly walked out of the Food Lion.

Everyone in the checkout line watched as she began running to her car. She then got in and drove away.

A few moments, later a young man walked into the store. He went up to the cashier and asked if he had seen the woman. After describing her, the cashier told him that she had run out of the store, got into her car, and drove away.

“Why would she do that?” he asked. Everyone in the line looked around at the fellow who had made the ugly remark and pointed at him.

“I made a stupid comment about the welfare card she was using. Something I shouldn't have said. I'm truly sorry,” said the man.

“Well, that's bad, real bad, in fact. Her brother was killed in Afghanistan two years ago. He had three young children and she has taken on that responsibility. She's twenty years-old, single, and now has three children to support,” he said in a very firm voice.

“I'm really truly sorry. I didn't know,” he replied, shaking both his hands about.

The young man asked, “Are these paid for?” pointing to the young girl’s shopping cart full of groceries. “No sir, It wouldn't take her card,” the clerk told him.

“Do you know where she lives?” asked the man who had made the rude comment.

“Yes, she goes to our church.”

“Hold on,” said the gentleman. He walked back to his shopping cart and began loading his own groceries onto the belt to be included. “Come on people. We’ve got three children to help feed!” he told everyone in line.

Everyone began to place their groceries onto the fast moving belt. A few customers began bagging the food and placing it into separate carts. “Go back and get three big turkeys,” yelled a heavyset woman, as she looked at the man.

When all was said and done, the man paid a total of $1,756.67 for all the groceries people had piled onto the counter. He then walked over to the side, pulled out his check book, and began writing a check using the bags of dog food piled near the front of the store for a writing surface. He turned around and handed the check to the young man. “She will need a freezer for all this food and a few other things as well,” he told the man.

The young man looked at the check and said, “This is really very generous of you.”

“No,” said the man. “Her brother was the generous one.”