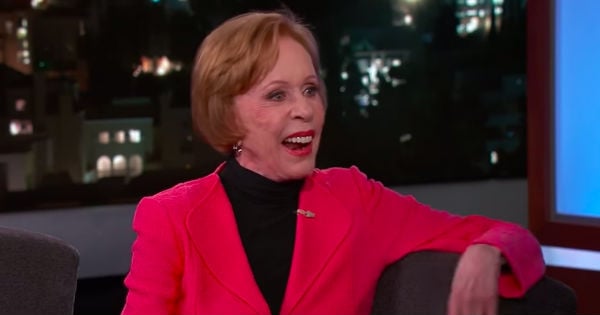 Here are 10 times where moments with animals on talk shows took a turn for the hilarious. And silly hijinx from these creatures are sure to brighten your day!

When talk show guests bring some of the most exotic animals along, anything can happen!

RELATED: Take A Break From The Coronavirus Panic With 36+ Utterly Adorable Animal Stories In The News

Animals On Talk Shows Get Laughs

On the Conan O'Brien show, Conan had a guest named Jared Miller, who is an animal expert. Jared brought two turkeys to the show. While one was calm, another turkey was tossed onto the guest couch. The calm turkey then flapped its wings and leaped into the crowd. The crowd then screamed in surprise.

The look on Jared and Conan's faces was priceless! While Conan walked up the audience stairs to the turkey that took flight, Jared brought the other turkey. "Oh, you bring another one up here Jared you don't know what you're doing," Conan said to Jared.

On the next featured clip of animals on talk shows, we travel on over to The Tonight Show starring Jimmy Fallon. Jimmy brought on a guest who showed up with a water buffalo. Because of the nature of the water buffalo, Jimmy was told not to look the animal in the eye.

For whatever reason, Jimmy was unable to follow those simple instructions and kept making eye contact. As he continued making eye contact with the giant animal, it began to walk after Jimmy and he was told that the animal could impale or even trample him. That was probably one of Jimmy's scariest moments on his talk show.

On Jimmy Kimmel Live, Jimmy was handed a very fluffy chicken, and it did not end well. When he was handed the chicken, the bird flapped its wings in Jimmy’s face. Jimmy then said, "who knew I would be terrorized by a chicken?" Followed by laughter from the hilarious event that had just taken place.

Steve Harvey is known for his funny reactions to the most outrageous stuff. Steve is introduced to an alligator snapping turtle the size of a person's chest, and immediately you are able to see a great deal of concern wash over his face. The animal expert then puts a carrot right in front of the turtle, and it takes a huge bite, completely destroying the carrot. The animal expert then yelled, "that's what i'm talking about Steve!" Steve definitely kept his distance the entire time after that! Then Steve was introduced to a Kapoochi monkey, Steve was still not having it.

On the Late Show with David Letterman, David came face to face with a giant camel. David was then taught how to get on a camel's back without a saddle. You can see concern cross his face almost immediately, while the animal expert gave him instructions on how to mount the camel. The animal expert then had grabbed a handful of the camels fur, as the camel stood up with the expert on the back. David later said, "I wouldn't go anywhere near this animal." Dave must not have been a big fan of that camel.

Leaving It To The Experts

The Late Show with Stephen Colbert had a very well known ‘animal expert' come in. Dressed in safari gear and hat, Hollywood actor Will Farrell made his grand entrance. Will Farrell held a common pet house cat, but with a complete deadpan serious expression, said it was a dangerous, "short spined Peruvian mongoose," the crowd roared with laughter.

Next, he is handed a guinea pig but tells the audience, "this is a Mongolian bush tiger." The audience couldn't help but laugh even harder at the “exotic” animals on this talk show.

On the Ellen show, Ellen held a very large snake, an anaconda. The snake wrapped around Ellen, and it is no surprise that Ellen did not enjoy that encounter.

Comedian Kevin Hart is not well-known for liking animals, and when he was guest-starring on The Tonight Show he refused to even step close to an animal. Kevin jumped at the mere sight of anything non-human.

YOU MAY ALSO LIKE: Johnny Carson Faces Off With A Cheetah And Winds Up In The Arms Of Ed McMahon

The video ends with a laughing bird on The Johnny Carson Show. Catching the host and audience by surprise the bird says "hello." The studio is filled with laughter when the bird laughs back at them, shocking them even more.

WATCH: 10 Animals On Talk Shows Bringing On The Laughs