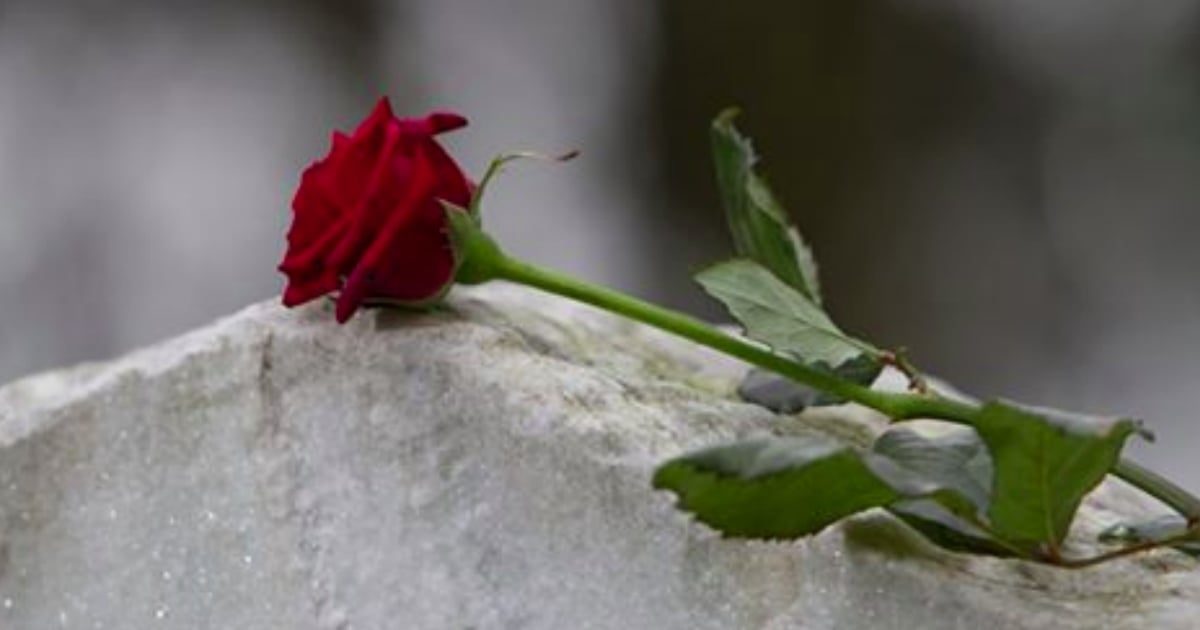 Can Loved Ones Look Down On Me From Heaven?
Read Article »

Mike Nappa is a Jesus loving, bestselling author and self-proclaimed Bible Study Nerd. Here, he dives into 10 things most folks don’t know about Halloween. And whether you love or hate the holiday, these Halloween facts are certainly interesting!

Here's a little experiment for you: Next Sunday at church, walk up to random people during the greeting time and say, "Trick or Treat!"

Some folks will smile, and maybe offer you a breath mint treat. These are the Christians who generally pass out the best candy on their street, dress up in fun costumes, and host the annual Fall Festival party at your church. Others will frown, and maybe offer to cast out a demon or two. These are the Christians who boycott the "devil's holiday," abstaining from festivities and turning off the porch lights on October 31.

Well, I've got a treat for both kinds of Christians today.

Regardless of whether you're a lover or a hater, I'm betting there are at least 10 things you don't know about Halloween. Ready to find out what you've been missing? Let's go!

1) Halloween began as a Christian holiday. 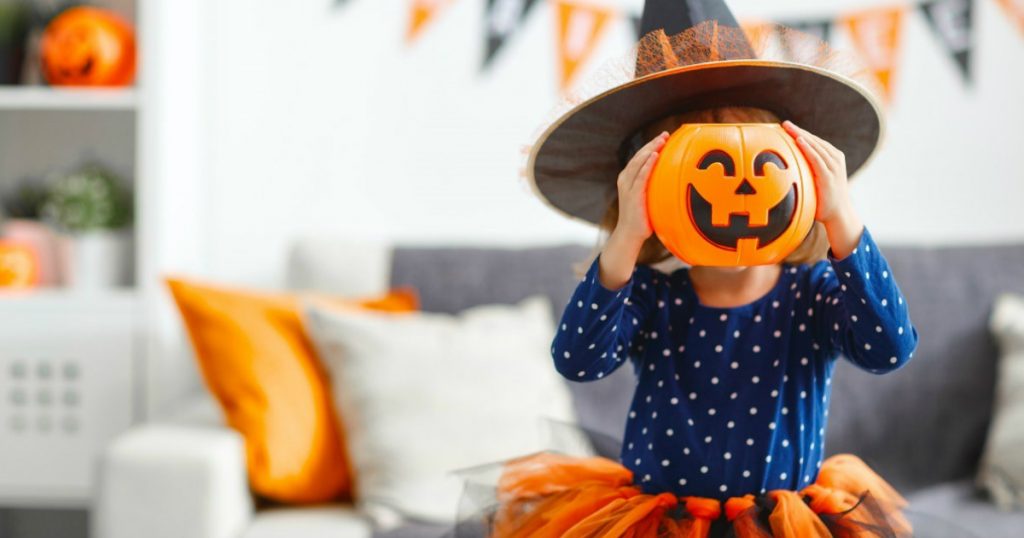 While it's true that Halloween-style celebrations probably began as part of the ancient Celtic "fire festival," Samhain (pronounced "Sah-wen"), it didn't become a worldwide phenomenon until Christians got involved.

RELATED: Rethinking Halloween through 7 Scary Stories of the Bible

In the early and mid-7th Century, it was customary for Christians to honor all the nameless martyrs by remembering and celebrating them on a single day, called "All Hallows' Day." ("Hallows" means "holy.") In the early 8th Century, Pope Gregory decreed that All Hallows' Day should be observed on November 1, a date chosen to replace sporadic pagan fall festivals like Samhain with a universal Christian holy day. By the 11th Century, church leaders had expanded the celebration to include November 2, and they called it all "Hallowmas" or "Hallowtide."

As history moved on, it became a Christian tradition to mark the start of Hallowmas with a prayer vigil on the night before-October 31. Christians called it, "All Hallows' Eve," which eventually got shortened to "Hallowe'en" until it finally became what we know it now: "Halloween."

2) Halloween was once a time of prayer. 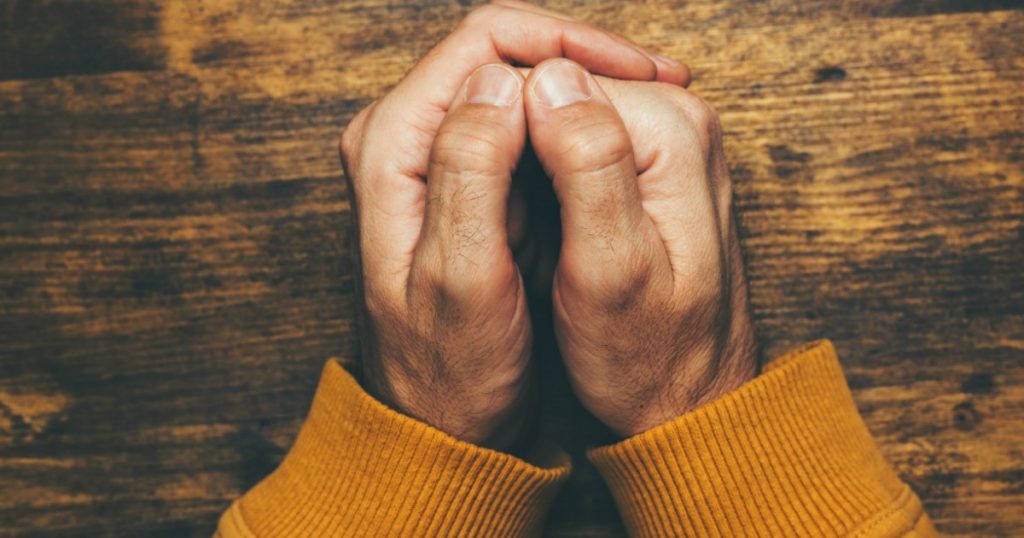 Believe it or not, Christian leaders originally set aside the holy days of October 31 through November 2 as reminders for churches to pray. And pray they did!

Prayers began when churches and communities gathered for the nighttime vigil on All Hallows Eve (October 31). Prayer continued as saints and martyrs were remembered on All Hallows Day/All Saints' Day (November 1). Then on All Souls' Day (November 2), church bells rang to signal a day of prayer for deceased loved ones who might be stranded in purgatory.

Today the concept of prayer at Halloween is as foreign as a Christmas tree in July. Still, there was a time when All Hallows' Eve prompted a three-day prayer festival. Go figure.

At some point during the Middle Ages, Hallowmas prayers for deceased loved ones evolved into a belief that those prayers would be answered in a supernatural way. Mixing Christian superstition with pagan traditions, the common belief was that souls of the dear departed would be released from the afterlife and allowed to temporarily roam the earth.

For centuries the prospect of a visit from the dead was viewed with hope and hospitality. Families burned candles to help the spirits of their loved ones find the way home, and left wine or a sumptuous meal waiting, just in case the spirits were hungry.

After the Protestant Reformation took hold in the 16th Century, the prevailing view of these supernatural visits changed. No longer were Hallowmas visitors seen as friendly souls of loved ones lost. Now they were viewed as malicious spirits, witches and demons, out to terrorize the world.

Ever resourceful, people devised ways to protect themselves of these evil spirits: They held candlelight processions, and left wine and sumptuous foods waiting to appease potential evil-spirit visitors. (I know, it's the same thing, but apparently it was different somehow back then!)

4) Romance once ruled on Halloween. 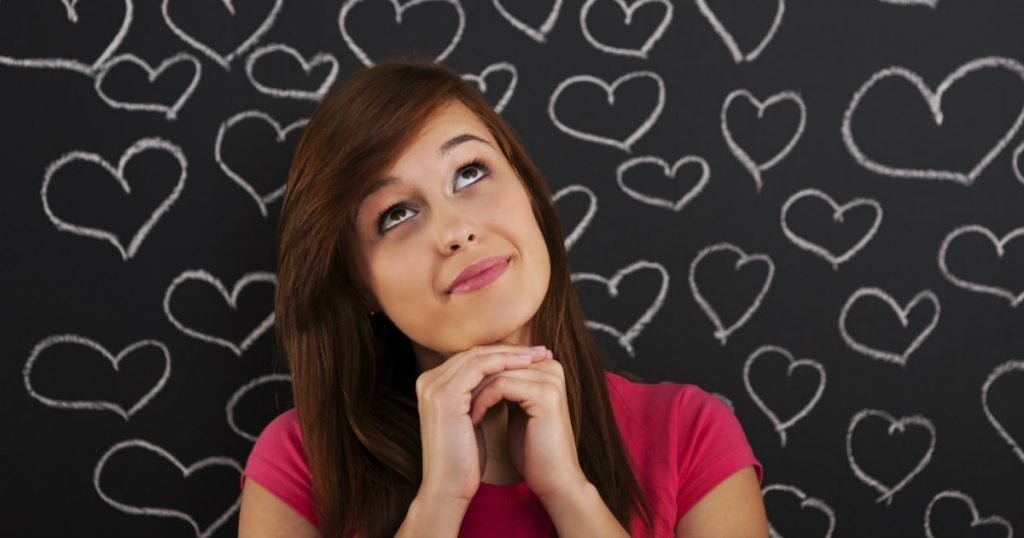 Halloween, it seems, was not always about ghosties and goblins and witches galore. Once upon a time, the 31st of October reigned as a holiday of romance and hopes for marriage.

For instance, in medieval times in Ireland, a curious matron would often insert a ring and a thimble into cake batter and cook it all up. Pity the poor daughter who bit into the thimble: According to legend she was destined never to marry. But the daughter who tasted the ring? Well, that lucky lass would obviously marry soon.

In another Halloween tradition, many a young women of marrying age would take a knife and peel an apple-being oh-so-careful to keep the apple-skin all in one long piece. Then she'd toss the paring over her shoulder. Voila! Superstition declared that the apple peel would land in the form of the initials of the man she was to marry.

People also tossed hazelnuts into a fire, naming each nut after prospective sweetheart. If the nut popped and cracked, its namesake was clearly fickle and to be avoided. If a nut burned steadily, its namesake would deliver undying affection. And, in another nod to the apple, at Halloween there was a method for slicing and eating an apple that would supposedly cause the face of a young woman's future husband to appear over her shoulder in a mirror.

5) Before he was a jack-o’-lantern, Jack was an Irish sinner. 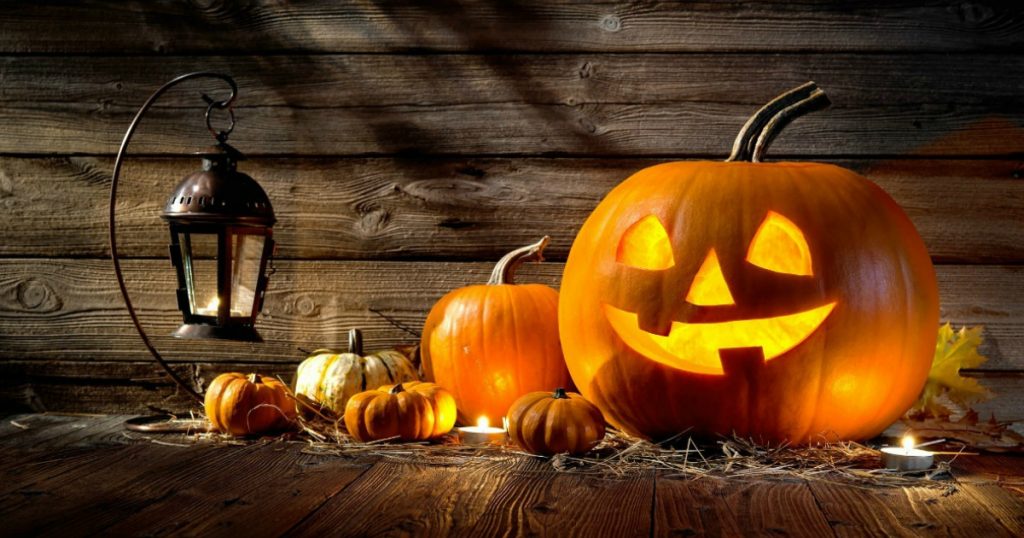 Many millions of orange gourds are gleefully carved and candled at Halloween, and thus transformed into jack-o'-lanterns that decorate our porches and windows.

But did you know that cheery Jack face in your home was originally intended as a cautionary symbol to scare-straight Ireland's wayward children?

According to legend, the original Jack was a miserly, evil-tempered man. Such a devious sinner he was, Jack even managed to outsmart the devil himself on occasion. When Jack died and stood to face his judgment, he was banned from heaven on account of his sinful life. And banned from hell because the devil held a grudge. The result? Ghostly Jack was condemned to trudge the earth for all time, with only a single coal from hell to light the darkness of his punishing, eternal journey. 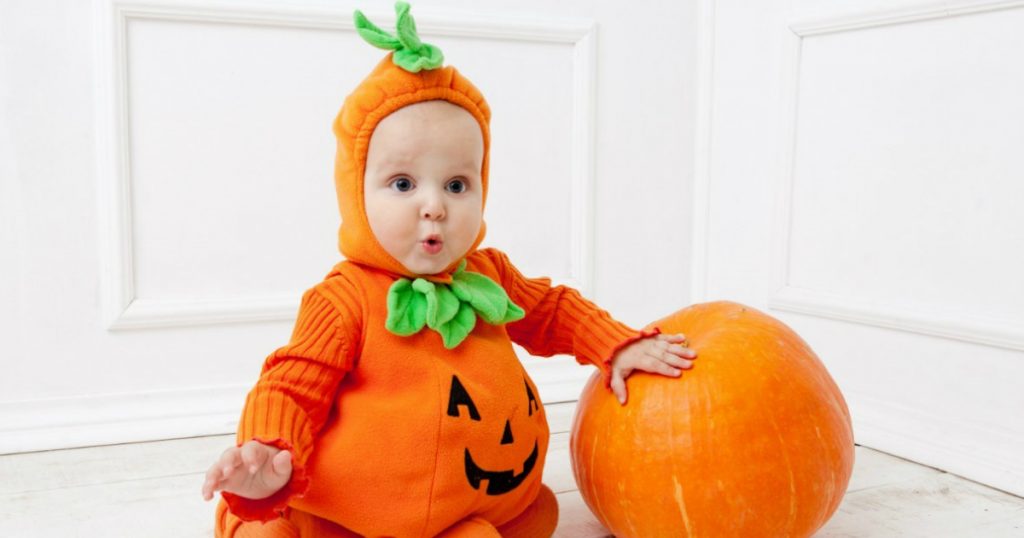 Nowadays we call it "cosplay" (costume play), but in its heyday, dressing up for Halloween was called "guising"-as in "disguising."

Some folks of the Reformation Era wore "guises" meant to mimic the great saints of the Christian faith. The thinking was, with all those malicious spirits about, it was best to disguise oneself as Saint Peter or Mother Mary to discourage mischief and supposedly escape the pranks of a demon on holiday. Some also began guising as witches or demons, perhaps in hopes of "fitting in" and thus being overlooked by random bad spirits.

Others dressed more for entertainment value. Apparently it was quite the giggler for men to dress in women's clothes, and women to don men's breeches. And it was a real howler when somebody showed up-get this!-wearing his clothes inside out (yeah, people in olden days were weird)!

7) Halloween fed the hungry and helped the poor. 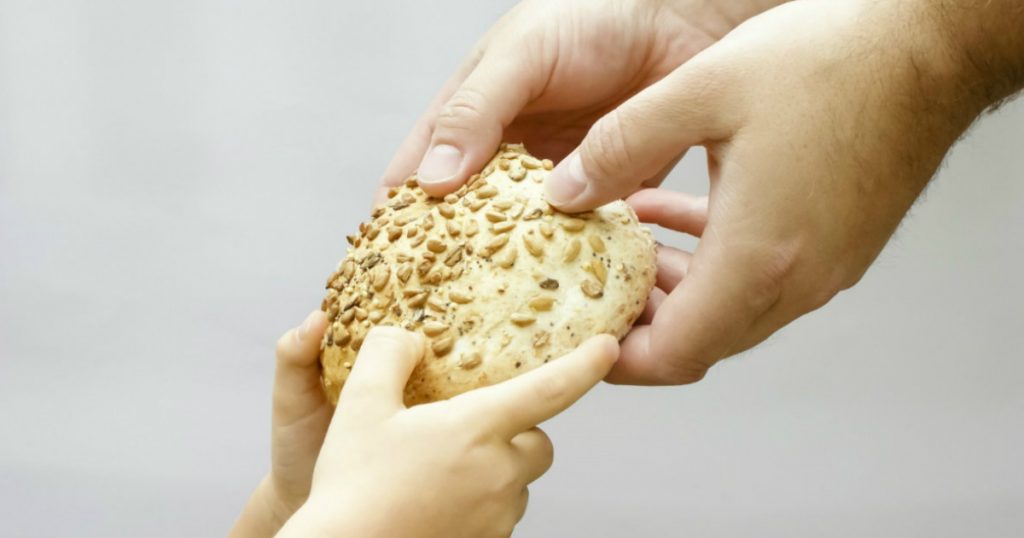 In keeping with its Christian roots, for many generations in Europe, Hallowmas was not only a time of prayer; it was also a time of charity and social kindness.

RELATED: Trooper Acts As Guardian Angel For 4 Kids Who Lost Both Parents On Halloween

The monks of Cluny Abbey in France famously made it a habit to distribute food to the poor during this annual holiday. Additionally, many Christian families prepared tasty "soul cakes" to share with their less fortunate neighbors. Most likely these were some kind of spice cake (such as cinnamon or nutmeg), with a cross on the top. Poor children would knock on the doors of their wealthier neighbors, sing a little rhyme, and offer to pray blessings on a house in exchange for these coveted little cakes.

Although there isn't clear historical proof of it, many believe this "soul cake" tradition is the inspiration behind our current trick-or-treat-for-candy celebrations. 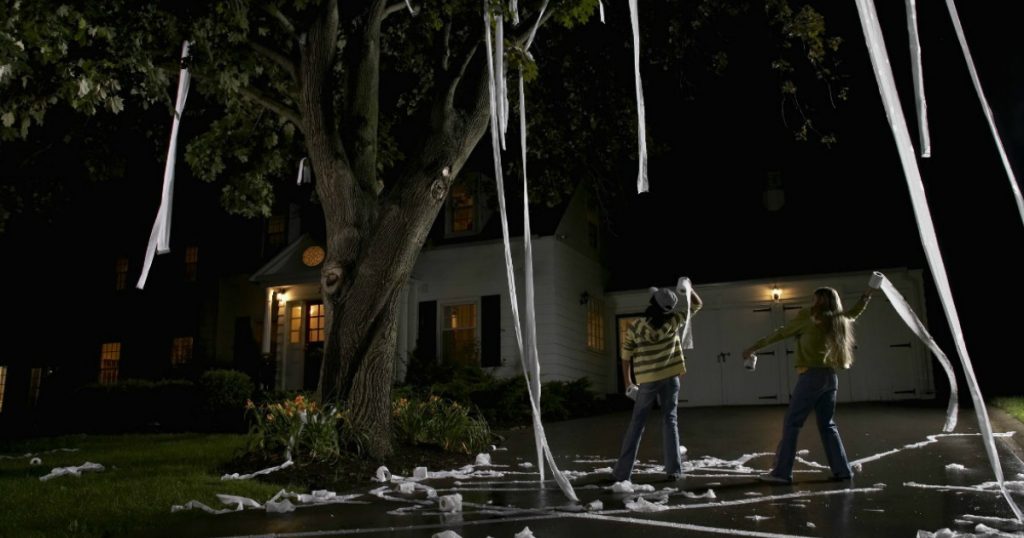 By the late 1800s and early 1900s, children's songs and prayers of blessing had been replaced by a growing catalog of pranks. Some of the more popular mischief played in that day included:

The allure of these pranks was such that Halloween parties became a popular method of deterrence. As one practical grown-up wrote in 1901, "Boys will be far less apt to carry off the clothes-posts, whinge the gates and make night hideous if you give them... a party."

9) Halloween was called by other names. 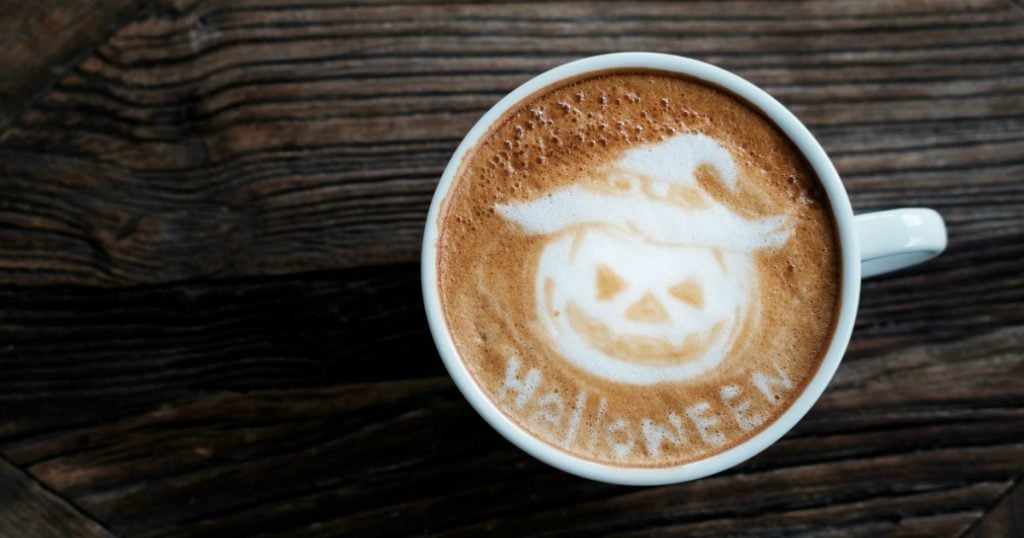 The name "Halloween" beat out quite a bit of competition in order to reign supreme. Here are a few other names for our fall holiday that never quite took hold:

10) What has become of Halloween today: 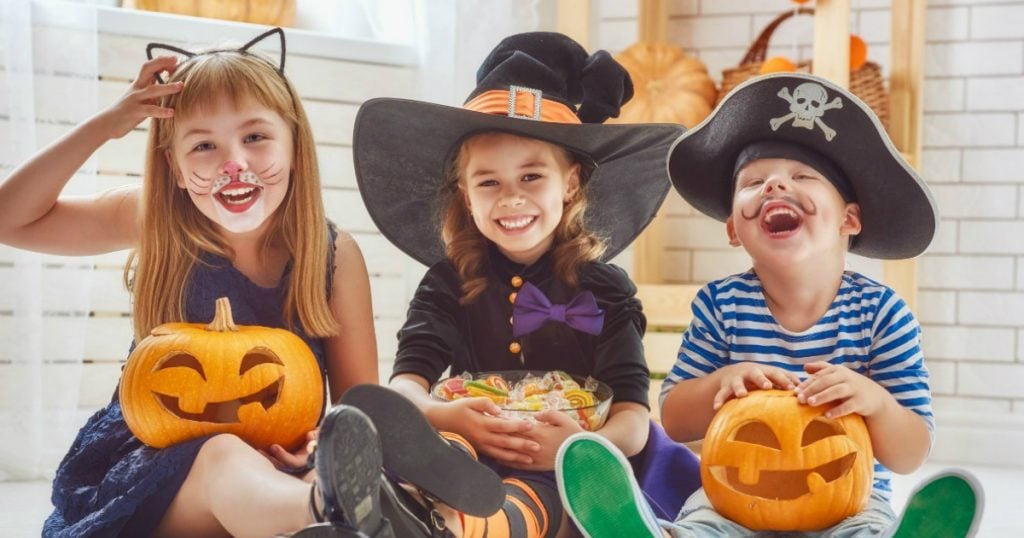 Halloween today has come a long way since Pope Gregory made it a holy day for the world-though it barely resembles the holiday it once was.

Still, we've got to give the old Pope credit. He started something that's lasted for centuries and seems more popular today than it ever was.

Mike Nappa is an entertainment journalist at PopFam.com, and bestselling author of the suspense novel Annabel Lee.

YOU MAY ALSO LIKE: Billy Graham On Why The Bible Warns Against The Occult & Witchcraft