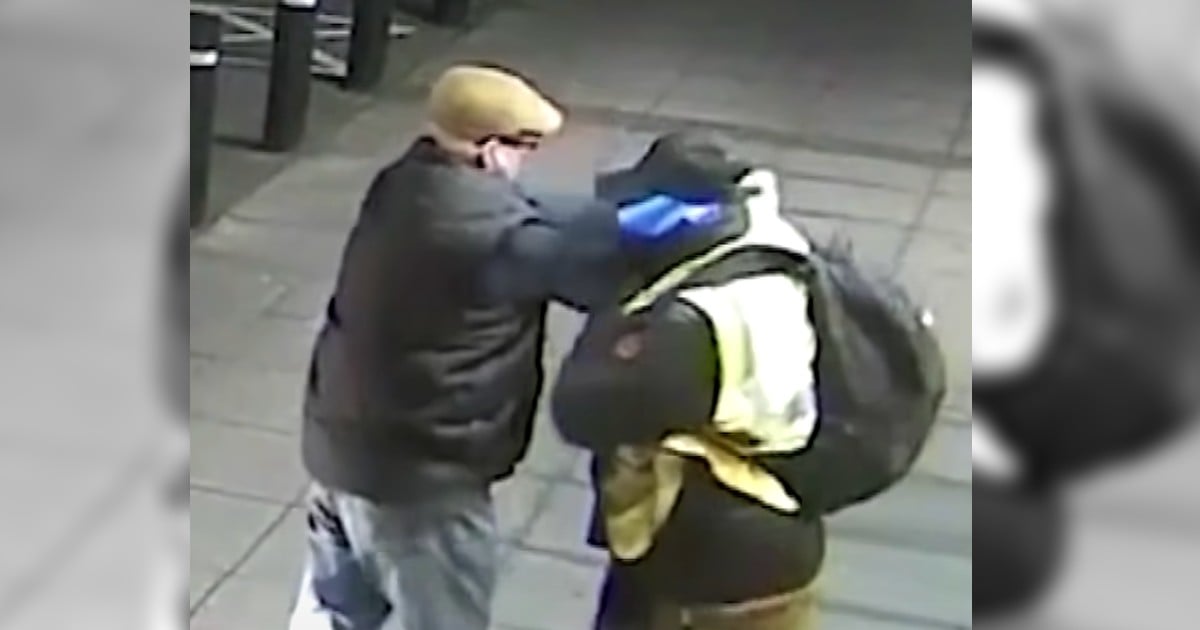 Thanks to the actions of a 3-legged Pomeranian, one man's life was saved after falling in the water and becoming unconscious.

Over the summer, Tom Kissel was standing on a dock when a passing boat sent an unexpected wave his way. Tom ended up falling into the water after the wave crashed into him. And he hit his head on a boat that was docked nearby. He became unconscious as he was lying face-first in the water.

Tom's 14-year-old, three-legged, cancer-beating Pomeranian named Tater Tot also fell in the water with him. And the dog soon started splashing around to get the attention of others to help his owner.

"He was swimming around me, trying to get help for me," Tom said. "It's amazing that he was that smart, he figured out ‘if I stay here, someone will come' because he could have swam to shore easily."

Because of Tater Tot's actions, a nurse named Mary Jo Lender and her husband were able to notice Tom in the water. She said that they spotted "a little doggy in the water, splashing, struggling, so that's what caught our attention, and luckily we were close by."

Tom was then pulled ashore by Mary Jo's husband, and she quickly performed CPR on him.

"I had no heartbeat, no pulse, nothing," shared Tom. "They just kept working on me. They didn't stop and eventually, my heart started back up."

Medics then took Tom to the hospital where he entered a coma, by thankfully awoke several days later.

"If it wasn't for them, I would have been dead," said Tom, overflowing with gratitude for the actions of his rescuers.

Mary Jo was even recognized by the American Heart Association and two state representatives for her life-saving skills.

"It's amazing and I'm honored, and humbled, very humbled," she shared. "I don't feel you have to be a nurse to help someone. I think we would all do what we could and that's what each of us did here that day. We each did what we could."

YOU MAY ALSO LIKE: Dog Escapes From Yard And Surprises Doggy Daycare Worker By Showing Up At The Door

Thank goodness for the actions of Tater Tot, Mary Jo, her husband, and the medical team who all helped save Tom's life!

LISTEN: Woman In Tears After She's Asked to Leave Gym for ‘Belly Hanging Out' So the Internet Steps Up | Pregnant Mom Yells for Daughter As Contractions Hit and the 9-Year-Old Delivers Her Baby Sister