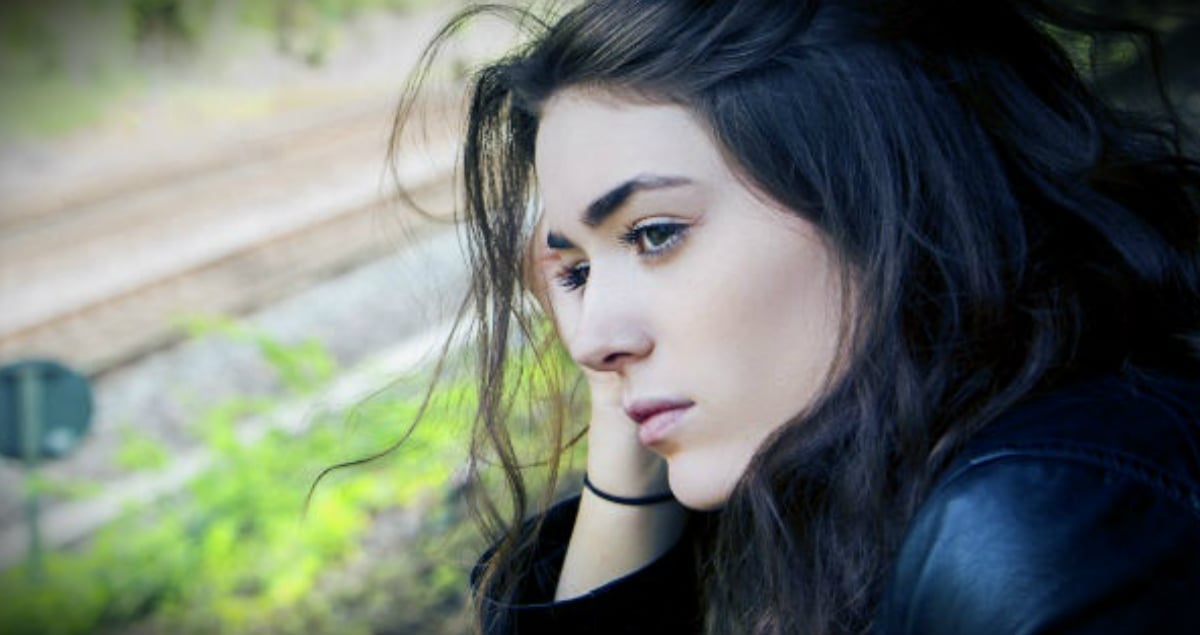 3 Helpful Tips For Your Struggle With Anxiety
Read Article »

What are the 4 Horses of the Apocalypse and Why Do They Matter?

I asked my pastor about the 4 horses of the Apocalypse and he didn't seem to know very much. Can you help me out?

We turn on the television and see and hear about wars, wars, and rumors of wars. Earthquakes, volcanoes, and tsunamis are daily occurrences. Our world is getting hotter just as Jesus said it would. Could we be in the final days before the second coming?

I'm glad you asked this question. Did you know that the book of Revelation says that those who read and study Revelation will receive a special blessing? So, let's be blessed as we open its pages.

RELATED: A pastor explains the meaning of “666” in Revelations

The title deed is a rolled up scroll sealed by seven drops of wax. As Jesus begins to undo each of the wax seals, events on earth really heat up.

The first seals are often referred to as the Four Horsemen of the Apocalypse. The term "Apocalypse," means "Revelation." 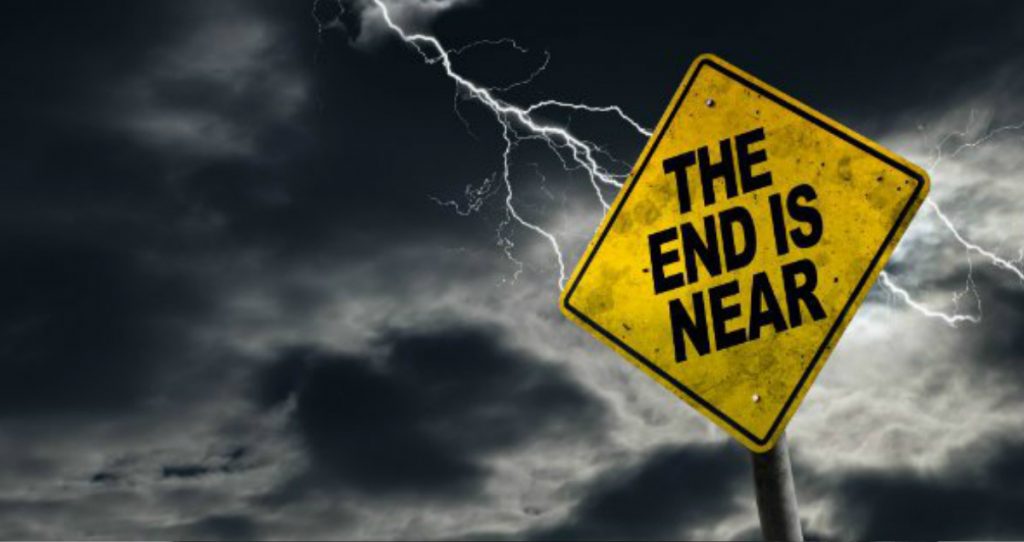 The First Seal: The Rider On The White Horse

Revelation 6:1-2: I watched as the Lamb opened the first of the seven seals… I looked, and there before me was a white horse! Its rider held a bow, and he was given a crown, and he rode out as a conqueror bent on conquest.

This verse does not say who rides this "white horse." However, it is most likely the coming Antichrist (Daniel 9:26-27; 1 Thessalonians 5:3). This rider represents a conquering power that no one can resist (Matt 24:3-6). This person is not Christ (cf.Rev 19:11-19). He is Satan’s counterfeit of Christ.

RELATED: Beware the 4 pastors of the apocalypse

The first seal opens at the beginning of the final 7-year "tribulation" leading up to the second coming.

The Anti-Christ is the first of God’s judgments on a Christ-rejecting world. He who claims to be a savior is really a "Trojan Horse."

The Second Seal: The Rider On The Red Horse

Revelation 6:3-4: When the Lamb opened the second seal… Another horse came out, a fiery red one. Its rider was given power to take peace from the earth and to make men slay each other. To him was given a large sword.

This rider takes peace from the earth. This seal is opened in the middle of the "tribulation", when the Abomination of Desolation is set up in the Temple in Jerusalem. Jesus discussed this in Matthew 24.

Let's remember what war really is:

When Euripides, the Greek playwright wished to depict warfare on the stage, he did not bring on an army with banners. He brought on a bent and bewildered old woman leading a weeping child by the hand who had lost her parents. That is war.

The Third Seal: The Rider On The Black Horse 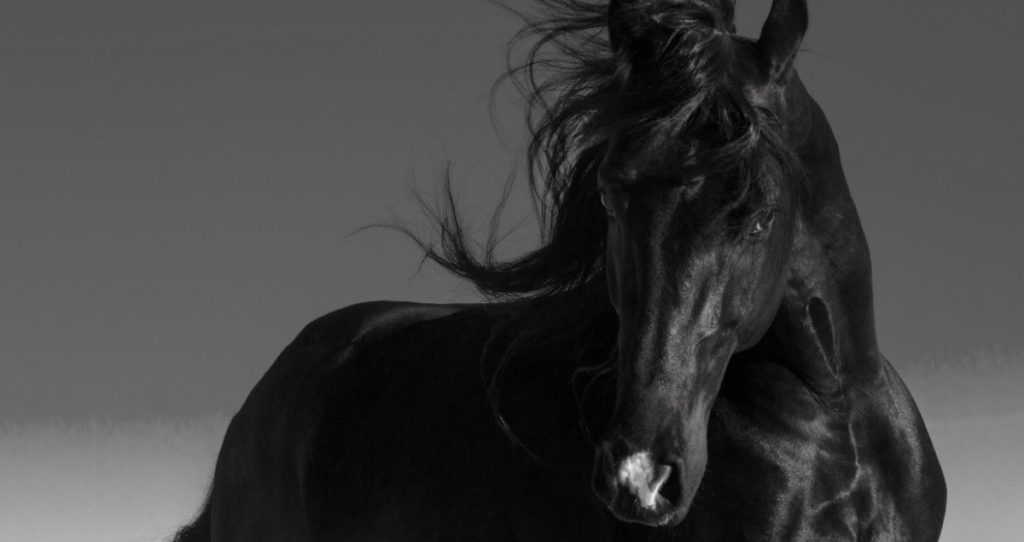 It takes an entire day's wages just to buy a quart of wheat.

"Balances" reveal scarcity. Americans don't worry about the availability of food in times of plenty. In these future days the price of food will skyrocket while millions have no access to food anyway.

Worldwide famine is not hard to imagine. Witness it now in Central and Eastern Africa. In the event of serious crop failure, no part of the world is more than one year away from critical starvation and the rich U.S. is only two years away.

The Fourth Seal: The Rider On The Sickly Green Horse

Revelation 6:7-8: ... And I looked, and there before me was a pale horse! Its rider was named Death, and Hades was following close behind him. They were given power over a fourth of the earth to kill by sword, famine and plague, and by the wild beasts of the earth.

What is result of war and famine? Death.

The word “Pale” is the Greek word for “green." This is the ashen look of dead bodies without blood.

In the science fiction movie, Soylent Green, the world is running out of food. The elites are given green blocks of food to eat and survive. Later in the movie, we discover that the green blocks are human remains dressed up for consumption. This is the pale horse.

"One fourth of the people on earth die." Currently, that's about 2 billion people. This is an incredible amount of death. It's estimated that only 100 million have died in all of the wars on earth to date!

It sounds impossible to kill so many in such a short time. This couldn’t be done in the days of the American Revolution. Soldiers then couldn't load their muskets fast enough! But that all changed on August 6, 1945, in Hiroshima, Japan.

Sandy, you only asked about the first four seals, or the Four Horsemen of the Apocalypse.

Let me just summarize the other three seals.

The Fifth Seal: A Whole Host Of Martyrs

Revelation 6:9-11: When he opened the fifth seal, I saw under the altar the souls of those who had been slain because of the word of God and the testimony they had maintained. They called out in a loud voice, "How long, Sovereign Lord, holy and true, until you judge the inhabitants of the earth and avenge our blood?" Then each of them was given a white robe, and they were told to wait a little longer, until the full number of their fellow servants, their brothers and sisters, were killed just as they had been.

Most of these martyrs were those who refused to take the Mark of the Beast (666) and paid the ultimate price to stay true to Jesus.

They cry out with a loud voice: "How long until you get vengeance on these murderers?"

The Lord says, "Wait until the full number of martyrs is completed." This is chilling, isn't it? What He is saying is that there are more yet to be martyred. Then, He will get vengeance.

They are given long, flowing robes ("stole") and told to "Rest a little while longer." They are rewarded and honored for dying the ultimate death.

The Sixth Seal: A Nuclear Holocaust

Revelation 6:12-14: I watched as he opened the sixth seal. There was a great earthquake. The sun turned black… the whole moon turned blood red, and the stars in the sky fell to earth... The sky receded like a scroll, rolling up, and every mountain and island was removed from its place. 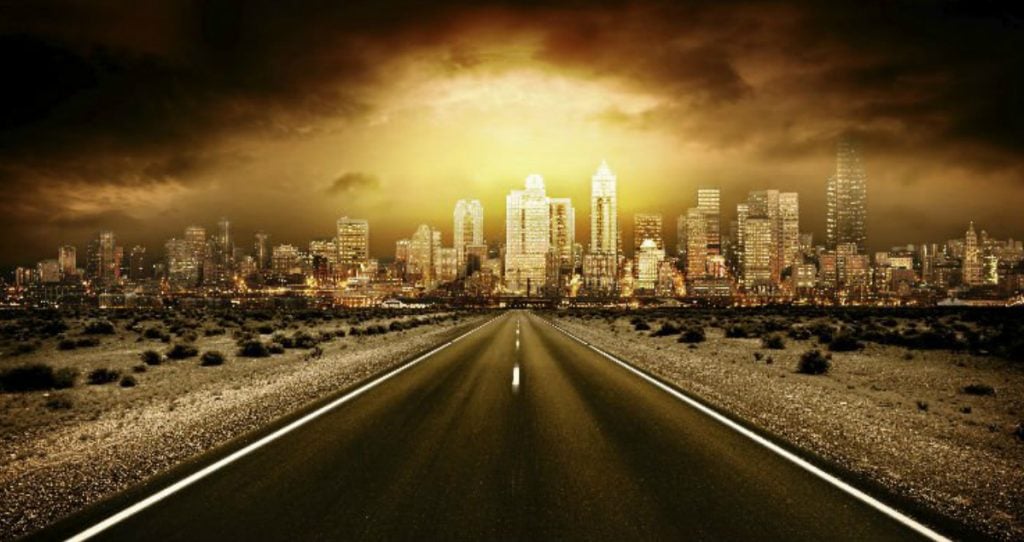 "The skies roll back." In a nuclear explosion the atmosphere literally rolls back on itself. The shock wave followed by the tremendous rush of air back into the vacuum creates utter destruction.

"The sun turns black and moon red,” means smoke so massive that no one can see the sun.

Look at the human reaction.

Revelation 6:15-17: Then the kings of the earth, the princes, the generals, the rich, the mighty, and every slave and every free man hid in caves and among the rocks of the mountains. They called to the mountains and the rocks, “Fall on us and hide us from the face of him who sits on the throne and from the wrath of the Lamb! For the great day of their wrath has come, and who can stand?”

Every strata of society is affected.

The greatest prayer meeting that the world has ever seen commences. You'd think that men and women would finally call upon the name of the Lord. Instead, they pray to the rocks.

What’s the result of all this shaking? Do men turn to God? No! It just makes their hearts harder! There is a lesson there.

The more often you say "no" to Christ, the harder it is to ever say "yes."

Saying "no, no, no" God hardens the heart like stone. Think of Pharaoh. Think of the men and women who listened to Noah's preaching for 125 years and never repented. If you're not going to say "yes" in 125 years, what makes you think you'll do it if you have one more year?

RELATED: Is the Bible intentionally vague about the end times?

At the request of his family I went to the hospital to witness to a 76-year-old man who had been evangelized by his family on multiple occasions. Every time that he heard the gospel, he said, "No," to Jesus.

He let me share the gospel with him one more time. When I invited him to receive Christ he said, "I have said, ‘No,' to Christ so many times that I doubt that I could say ‘Yes' even if I wanted to." Heartbreaking!

The Seventh Seal: 30 minutes of silence in heaven

Why is heaven silenced? Because those who are there just got a glimpse of what's to come next and it's taking their breath away.

Revelation 8:1: When he opened the seventh seal, there was silence in heaven for about half an hour.

What's the blessing? The blessing is security. We have an assurance that God has a plan and is working it out for our good and His glory. We can be assured of our place in heaven if we have invited Christ into our lives. If you, one of our readers, have not received Christ, Jesus gave his ultimate expression on the cross by dying for your sin. Now is the time to make Him your Lord and Savior. 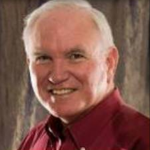 Dr. Roger Barrier retired as senior teaching pastor from Casas Churchin Tucson, Arizona. In addition to being an author and sought-after conference speaker, Roger has mentored or taught thousands of pastors, missionaries, and Christian leaders worldwide. Casas Church, where Roger served throughout his thirty-five-year career, is a megachurch known for a well-integrated, multi-generational ministry. The value of including new generations is deeply ingrained throughout Casas to help the church move strongly right through the twenty-first century and beyond.

Dr. Barrier holds degrees from Baylor University, Southwestern Baptist Theological Seminary, and Golden Gate Seminary in Greek, religion, theology, and pastoral care. His popular book, Listening to the Voice of God, published by Bethany House, is in its second printing and is available in Thai and Portuguese. His latest work is, Got Guts? Get Godly! Pray the Prayer God Guarantees to Answer, from Xulon Press. Roger can be found blogging atPreach It, Teach It, the pastoral teaching site founded with his wife, Dr. Julie Barrier.

YOU MAY ALSO LIKE: 15 Lies Satan Wants You To Believe About The Bible